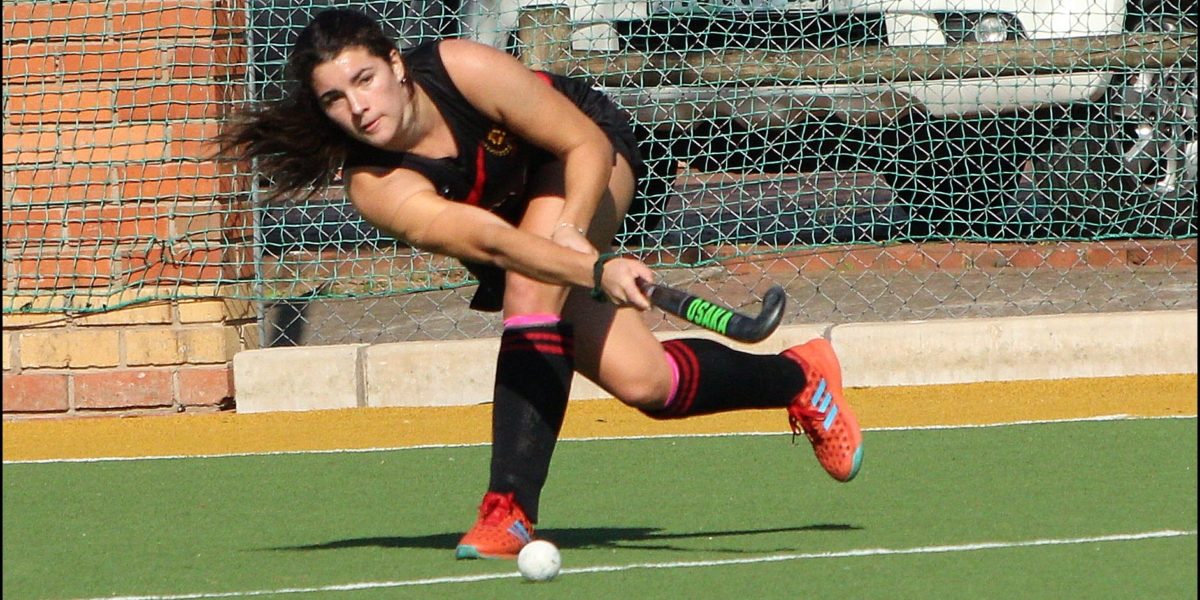 Kingswood College hosted Stirling High School from East London this past weekend and enjoyed a successful and competitive weekend of hockey.

The boys kicked off the weekend’s hockey with some intense competition on Friday evening. The 14A & 1sts enjoyed some good victories winning 2-1 & 4-1 respectively. The 16A match ended in a tense draw. The 1st boys enjoyed great possession and showed great rebound finishing which was testament to their hunger and desire to play well on the night. Kingswood enjoyed the lead early in the game with Stirling pulling back a goal to keep the fixture tense. Kingswood then showed dominance by scoring consistently towards the final quarter being the more disciplined side on the night and staying true to their task.

Neo Mkatini and Aiden Meyer enjoyed good space and played with good rhythm in midfield to give Kingswood dominance throughout all 4 quarters. Thomas Klopstra was resolute in goal thwarting every Stirling attack.

The girls also enjoyed a competitive and successful Saturday out with some tight and tense junior matches and the Kingswood 1st girls putting on a united performance to dominate the game and score 6 goals unanswered.

The 1st team game was signified by Kingswood dominance of ball possession and aggression in defence enabling them to regain the ball quickly whenever it was lost. Resolute and disciplined in defence and threatening in attack enabled Kingswood to create goal scoring chances consistently and dominate the game. Taya Trivella, Bridget Mildenhall and Robyn Koch proved to be impenetrable in defence, where Ciana Daniels, Qayiya Noguduka, Zinathi Mbenayan with Amy Mills proving a constant threat by showing great skill and connection with team mates on every attack. Amy finished the game with a hat trick and Olivia Walker walked away with a brace.

The fixture proved a great success again with all teams having positive moments and old friends catching up making the day an enjoyable experience for players, parents & staff.

#MusicMonday with Vi...
Today for #MusicMonday we feature Victor, one of our youngest music pupils. He b...
K-Day 2020: How will...
The year in which the world stood still, driven apart by the covid-19 pandemic. ...
2019 IEB Matric Resu...
The Kingswood College matric class of 2019 has produced some great results and a...
Academic Awards for ...
Presented at the Academic Awards Assembly held on the 10th of October 2019 G...