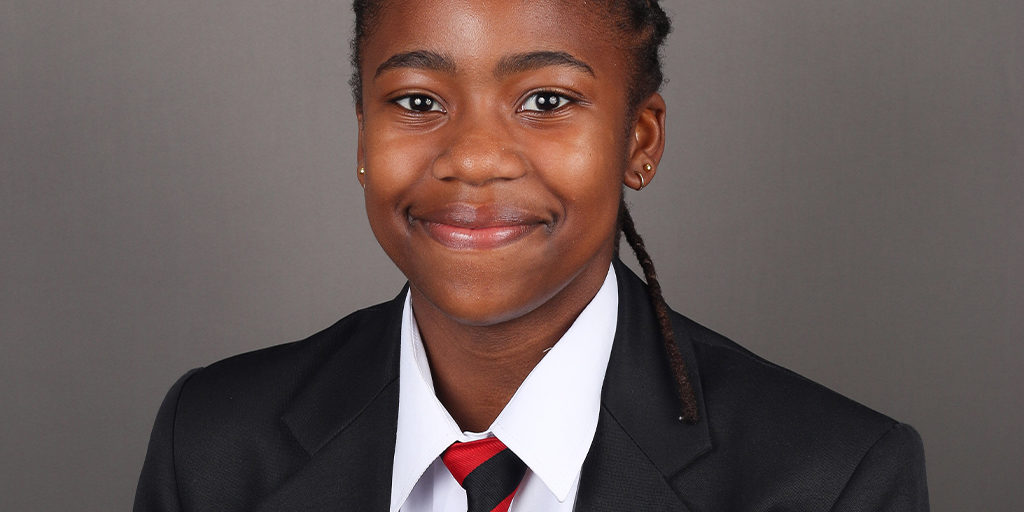 Qhayiya has represented the Kingswood 1st Hockey side on 32 occasions having joined Kingswood College this year. She has added great value to our team, being an example in that she trains outside of scheduled practice times and how she took on the challenge of changing her natural position from striker to midfield and in doing so without struggle is a true testament to her ability as a hockey player.

Qhayiya possesses a deep passion and love for hockey with her clean ball control and skill, as well as her hard work and desire off the ball all adds great value to the Kingswood 1st hockey team. Qhayiya is a reputable hockey player nationally having represented Eastern Province all through the age groups as well as being recognised for national honours, being selected for South Africa U17 in 2018 and South Africa Schools U18B this season.

As a character around the group, Qhayiya’s respect and humility has been refreshing and this has allowed her to forge lasting and strong relationships with team members that not only aided her on the field, but into her future as well.

It is with great pride that we award Qhayiya with Honours for Hockey.