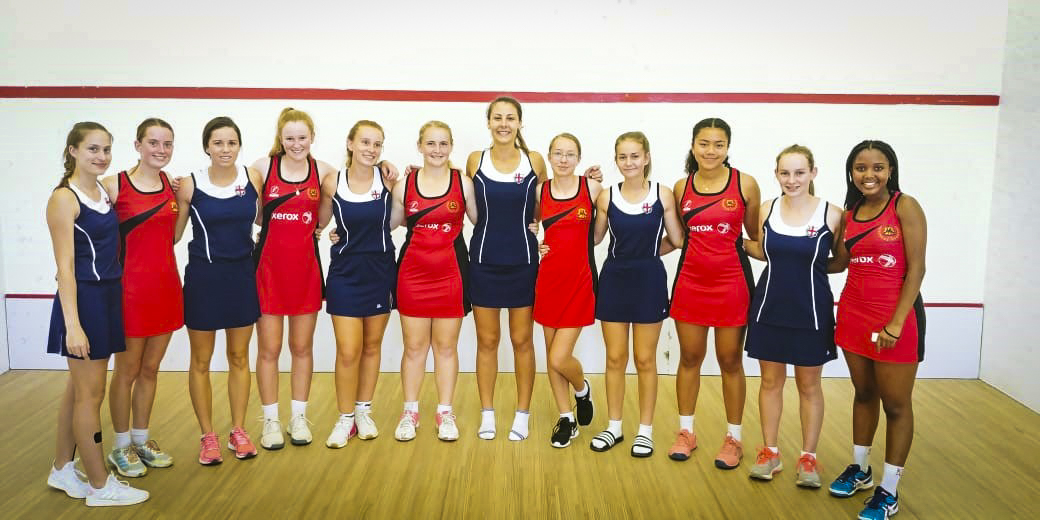 This past weekend the Kingswood boys and girls 1st teams competed in the annual Dave Hodgson Squash Festival. Hosted by DSG and SAC this festival attracts the top teams in the Eastern Cape and Border regions.

The first matches started on Friday afternoon where the Kingswood girls were matched up against GHS (Queenstown) and the boys Grey High School. These two teams are consistently ranked in the top 3 in the country and proved too strong for our boys and girls winning comfortably 6/0.

The girls had a bye in the evening while the boys came up against Selborne College. Selborne (who eventually beat Grey High 5/1) were the strongest team at the festival and our players were outgunned. Luke Kelly (U16) needs a special mention here as he nearly took a set off of the Selborne number 1, who is the top U19 player in the country, narrowly losing the 3rd game of his match 14/12.

The Saturday morning matches started with the girls going up against Herschel and DSG. Both of these teams fielded strong teams and despite some valiant efforts, the girls lost both matches 6/0. In the afternoon the girls played against Collegiate and played really well to draw 3/3 in matches and were unlucky to lose 12/10 on the game count back. Lukho Mbenyana did very well to win her match in an epic final set showdown which consisted of a number of long, nail-biting rallies as she clawed her way back point by point. Jenna Wright and Nana Abebreseh also played good squash to win their matches.

In their penultimate match, the boys were drawn against old foes SAC. The boys played very well to defeat their opponents 6/0. They then played the Grey High B side which proved to be a really evenly matched contest with three of the games going to five sets. Ethan Kent overcame an injured knee to win 3/2 while Ross Liddell and Jean-luc Basson were also unlucky to lose their matches in the 5th set.

The final game of the festival took place on Sunday where the girls went up against the strongest side in the festival, Clarendon. Although the Kingswood girls proved no match for arguably the strongest girls side in the country, the matches were played with great spirit. I am sure the girls all learned something from this tough fixture and will continue to improve their game.

Thanks to the organisers from DSG and SAC for another enjoyable festival.

Grade 11s take up th...
Over the last two weeks our Grade 11 pupils have gotten together as a group to m...
Grade 10s start thei...
Grade 10s started their Nal'ibali Community Engagment Project yesterday. The Gra...
The STEAM is rising!
Last Thursday a group of our Kingswood staff attended a half day workshop led by...
Launch of Cricket De...
In a move designed to bring the sport of cricket to as many young learners as po...