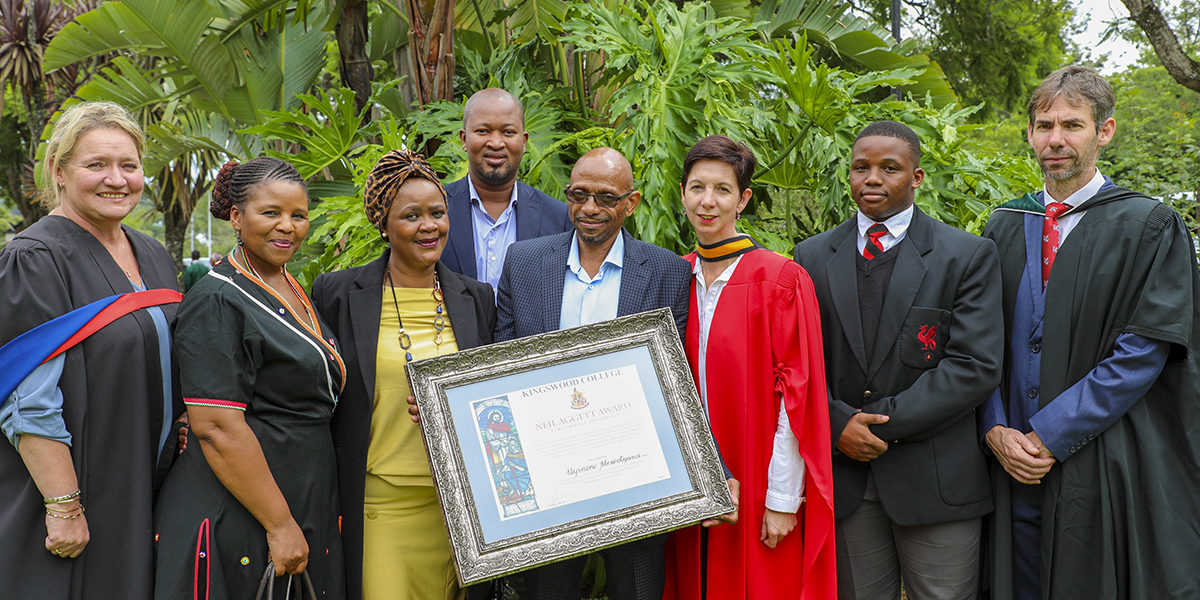 Kingswood College had the opportunity of having her as part of our family for her entire senior school years from 2014-2018, where she was also a boarder at Jacques House.

Much like Neil Aggett, it was a young life that ended too soon, of a woman that still had much to contribute to society. However, Nene has left a legacy, and changed the course of history in this country through her death, which raised significant awareness about gender-based violence and violence against women. President Cyril Ramaphosa even nominated an advisor to give gender based violence specific attention in this country, after the events of last year.

A born leader, a keen academic, a talented musician, an excellent competitor at sports, Nene was the balanced individual who loved life. But more than that, she cared deeply. She was often outspoken about her views on gender and patriarchy, not only at school but with her family too.

“She touched the hearts of many and the joy she brought to all our lives will never be forgotten.”

Nene served Kingswood College and the wider community as a leader of the school. She gave of her time, her loyalty, her commitment, without regard to popularity or undue reliance on the opinions of others. She believed in the values of honesty and courage, and was sensitive to the needs and feelings of her peers. She paid more attention to others and believed that true reward does not lie in so much in what one receives but in how much one is able to give. This – the way she lived her life – played a significant role in the way people responded to her death.

The Neil Aggett Award is the highest award at Kingswood College, and is given in recognition of individuals who display a high degree of human courage and awareness of social justice. The impact of Nene’s death has been significant, giving hope to the hopeless and a voice to the silent majority, and the fact that a Kingswoodian could raise such awareness should not go unnoticed.

The College therefore wishes to give Uyinene Mrwetyana the Neil Aggett Award posthumously, in recognition of what she did during the course of her young life and the influence this has had on issues of gender-based violence in South Africa since her death in 2019.

Building Relationshi...
In February this year, our Grade 11s embarked on a Community Engagement project...
Jill Long retires af...
Today is a bittersweet moment for us at Kingswood College as we bid farewell to ...
Rev Tim’s REVlection...
As we entered the start of the national lockdown a few weeks ago we knew that as...
10 Kingswood Squash ...
A large contingent of Kingswood players, from U11 all the way up to U19, attende...