LEADing the way for Term 1 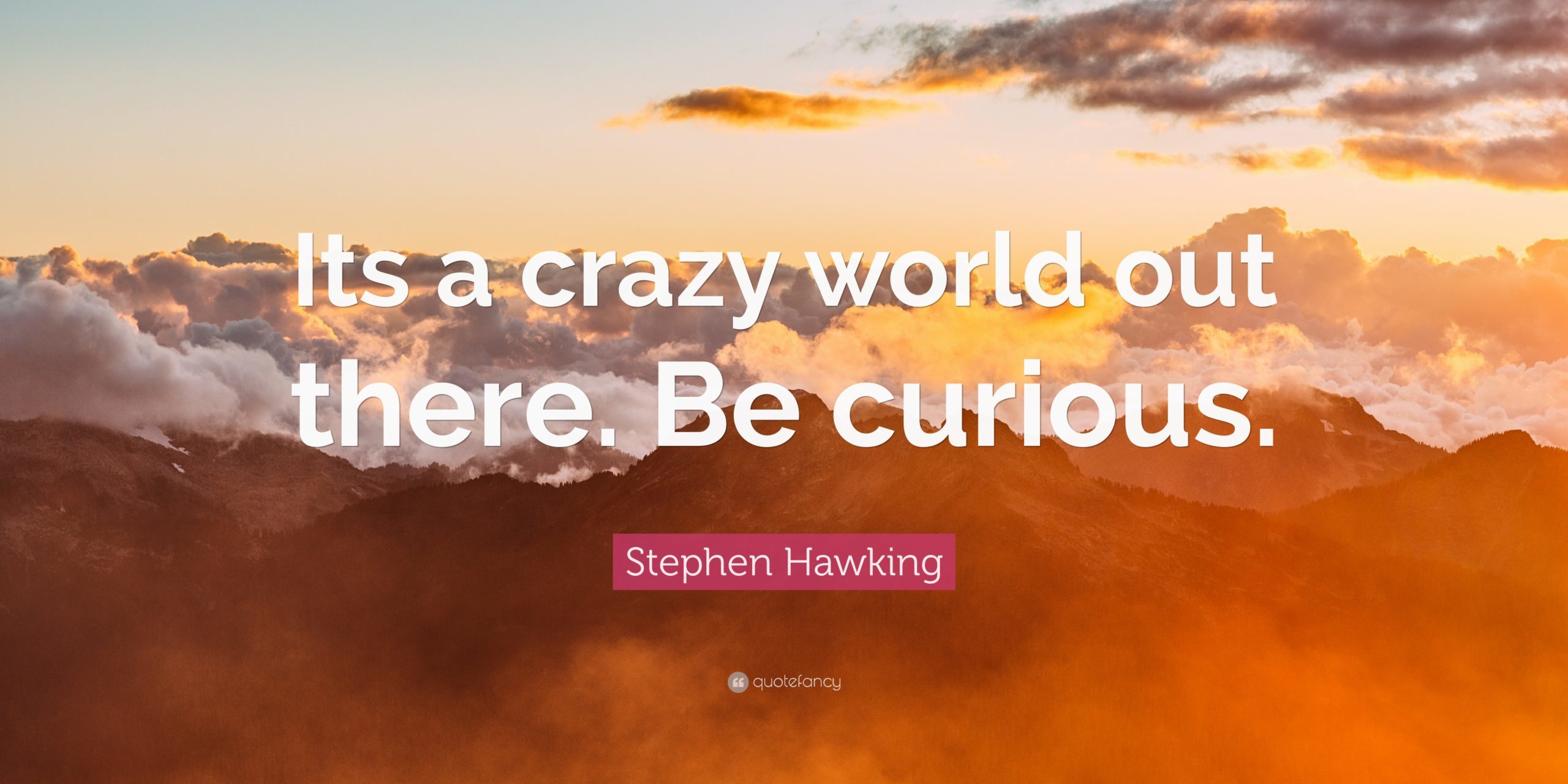 The Kingswood College Leadership Institute hit the ground running in Term 1 with three free online short courses. Teacher in charge Ms Carey de Coning gives us a summary of the courses if you missed them.

With the official launch of the Kingswood College Leadership Institute in June 2019, one of the initiatives that was introduced to reach the lives of our pupils, staff, parents and wider community was a series of Short Courses. These were presented in person on a monthly basis, presented by our Kingswood Community stakeholders, on various topical interests outside of the academic curriculum in our part of “Educating for Life”. These courses were attended at a cost in 2019.

Unfortunately, due to the effects of the pandemic, the LEAD Short Courses fell to the wayside during 2020.

As we entered a more “normal” structure of being back at school and the development of the Leadership Institute started unfolding, the reintroduction of the LEAD Short Courses was a priority, but with continuing uncertain circumstances, and the aim for these to be more accessible to our wider community who are based out of Makhanda (Grahamstown), we reinvented the structure of the LEAD Short Courses making them virtual, free and taking place every two weeks during term time.

The response has been phenomenal, with an average of 20 people taking part in each LEAD course that has taken place to date and many more viewing the recordings made available after each event.

Through My Eyes: My Mental Health Journey

Through the telling of her own story, Carey de Coning opened up for conversations on mental health. Carey has bipolar disorder with the comorbidities of ADHD and generalised anxiety disorder, a combination of conditions that is common in 60% of people who have been diagnosed with bipolar disorder, but who often go untreated for this combination.

She looked into some of the factors that are believed to play a factor in the cause of mental health disorders as they aren’t generally definitely described:

Carey was diagnosed with bipolar disorder at the age of 30 and only 12 years later with the additional conditions. Through a rollercoaster in between these diagnoses she has only recently committed to the awareness that successful management of her conditions is based on keeping a healthy lifestyle as the norm and it is not a ‘quick-fix’.

Carey looked into the factors that held her back from receiving the treatment that was vital in her being able to live her best life:

Her final message was as follows for anyone concerned they may be suffering/suffered from from a mental disorder, or have someone close to them they may be concerned about is:

Leadership and Culture Development in Sport

Jonny Mallet presented his great passion for the development of a positive culture and leadership in the area of sport, with the ultimate goal of leading to the personal success of players as individuals both on and off the sports field. He is a lifelong leaner to ensure that he is playing his part in this area.

Jonny’s coaching philosophy reminds him why he does what he does:

“As a coach I want to develop people on and off the rugby field, I want people I can coach and work with to make a positive impact in the communities. I value HONESTY, HUMILITY, DISCIPLINE and HARD WORK and I believe these are key in creating a successful environment and team culture which will ultimately lead to winning rugby matches.”

“I believe in three stages that will achieve success:

Throughout his presentation, Jonny broke down the following areas that he has learnt throughout his playing, coaching and learning journey which enable him to proactively follow his coaching philosophy. It was clear as he shared his knowledge that these are all aspects that can applied not only to any sporting area, but in the corporate world in these changing times and how we have to adapt in order to achieve success.

With Crisis Comes Opportunity, but only if you Own It

Kelly Bentley shared a very raw account of her personal journey over the last 18 months from losing her mother to a rare form of cancer, her being hospitalised with malaria, the financial strains of COVID as she was trying to start a new business and the “rug being pulled out from under” her with a diagnosis of cervical cancer and the whole scope of her future changing.

Throughout this presentation, Kelly’s positive and proactive nature demonstrated an incredible, truly inspirational woman who is taking her experiences and becoming a voice for many. She describes important aspects of one’s character and life that will enable individuals to also use times of crisis as opportunities, if they choose to own it.

The main outcomes from Kelly’s experiences show the importance of the following aspects of how we can allow for greater success as individuals:

She shared this analogy paints a picture of what it’s like to receive a cancer diagnosis that was very poignant:

“It’s something like this: one day, you’re minding your own business, you open the fridge to get some breakfast, and OH MY GOD THERE’S A MOUNTAIN LION IN YOUR FRIDGE. Wait, what? How? Why is there a mountain lion in your fridge? NO TIME TO EXPLAIN. RUN! THE MOUNTAIN LION WILL KILL YOU! UNLESS YOU FIND SOMETHING EVEN MORE FEROCIOUS TO KILL IT FIRST!

Also, for some reason, there’s someone in the crowd who’s yelling “that’s not really a mountain lion, it’s a puma” and another person yelling “I read that mountain lions are allergic to kale, have you tried rubbing kale on it?”

As you’re running up the mountain, you see other people fleeing their own mountain lions. Some of the mountain lions seem comparatively wimpy – they’re half grown and only have three legs or whatever, and you think to yourself – why couldn’t I have gotten one of those mountain lions? But then you look over at the people who are fleeing mountain lions the size of a monster truck with huge prehistoric sabre fangs, and you feel like an *bleep* for even thinking that – and besides, who in their right mind would want to fight a mountain lion, even a three-legged one?

Finally, the person closest to you, whose job it is to take care of you – maybe a parent or sibling or best friend or, in my case, my husband – comes barging out of the woods and jumps on the mountain lion, whaling on it and screaming “… MOUNTAIN LION, STOP TRYING TO EAT MY WIFE” and the mountain lion punches your husband right in the face. Now your husband (or whomever) is rolling around on the ground clutching their nose, and they’ve bought you some time, but you still need to get to the top of the mountain.

Eventually you reach the top, finally, and the bear is there. Waiting. For both of you. You rush right up to the bear, and the bear rushes the mountain lion, but the bear has to go through you to get to the mountain lion, and in doing so, the bear TOTALLY KICKS YOUR …, but not before it also punches your husband in the face. And your husband is now staggering around with a black eye and bloody nose, and saying “can I get some help, I’ve been punched in the face by two apex predators and I think my nose is broken,” and all you can say is “I’M KIND OF BUSY IN CASE YOU HADN’T NOTICED I’M FIGHTING A MOUNTAIN LION.”

Then, IF YOU ARE LUCKY, the bear leaps on the mountain lion and they are locked in epic battle until finally the two of them roll off a cliff edge together, and the mountain lion is dead. Maybe. You’re not sure – it fell off the cliff, but mountain lions are crafty. It could come back at any moment. And all your friends come running up to you and say “that was amazing! You’re so brave, we’re so proud of you! You didn’t die! That must be a huge relief!”

Meanwhile, you blew out both your knees, you’re having an asthma attack, you twisted your ankle, and also you have been mauled by a bear. And everyone says “boy, you must be excited to walk down the mountain!” And all you can think as you stagger to your feet is “*bleep* this mountain, I never wanted to climb it in the first place.”

We are excited about the LEAD Short Courses will be coming up throughout the school year and beyond.  As we are finalising our presenters these events will be marketed on our events page and various social media platforms.

If there are any particular topics you would be interested in being presented, willing to share your voice and/or experience, or know someone, as a presenter please contact Carey de Coning at c.deconing@kingswoodcollege.com

#ThrowbackThursday t...
For this week’s #ThrowbackThursday we look back at some of images that have defi...
Academic Honours Cit...
Alexander Holder has achieved his Academic Honours. Click here to read the citat...
Honours for Water Po...
Liam Lacey gets Honours Awards for Water Polo. The prizes awarded at Awards Cere...
Grade 12 Leavers Din...
Last night our Grade 12s gathered in the High Performance Centre for their Leave...