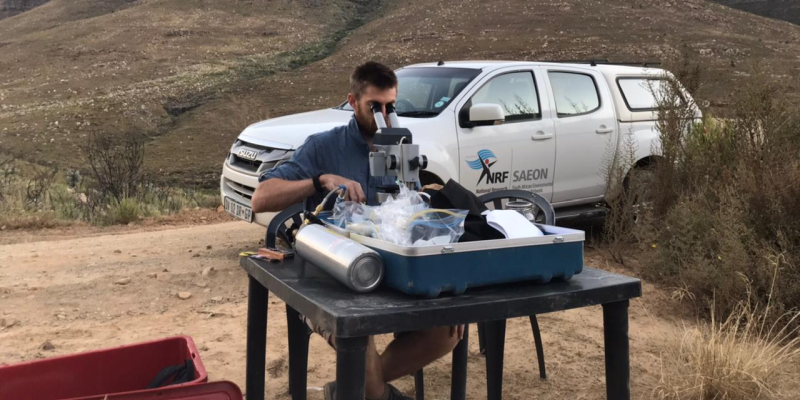 In March this year Old Kingswoodian Rob Skelton from the Class of 2003 who is a Research Fellow at the South African Environmental Observation Network’s  Fynbos Node was awarded a P-rating by the National Research Foundation.

This rating ID typically awarded to fewer than 7 people a year across all disciplines. P-rated researchers are considered likely to become future international leaders in their respective fields, based on exceptional potential demonstrated in research performance and output during doctoral and early doctoral careers.

Rob’s PhD work produced a framework for quantifying plant drought responses in diverse ecosystems, like fynbos. His work in this field was recognised by the South African Association of Botanists as the best PhD in 2014.

After completing his PhD Rob accepted a NRF Abroad Scholarship which enabled him to travel to Australia to work in the field of physiology at the University of Australia. A few years later he moved across the Pacific to take up a position as a Postgraduate Researcher at the University of California. Five years abroad was enough for Rob as his love for South Africa lured him “home” to continue his work with SAEON in Cape Town.

Rob is of the opinion that the time he spent abroad helped him gain valuable insight into how research operates at a very fundamental level in different countries and is hopeful that these insights may prove useful for how South African institutions approach research.

Rob has the following message for young scientists: “Science is the best process that humans have yet developed to provide insight into an apparently magical, yet very real world. It is a difficult process to master and few get to make a career doing it, but it is incredibly rewarding if you are fortunate enough to succeed, so keep at it!”

The Gift of Art: Lin...
At Kingswood, we are so fortunate to be supported by a talented and highly-quali...
Dr Fred Oosthuizen G...
At the annual OK Tie Ceremony Held yesterday, Dr Fred Oosthuizen was awarded an ...
The Muirhead Founder...
At the Senior School Prizegiving for 2021, the prestigious Muirhead Founders Fri...
Lilitha Mahlati (OK ...
Congratulations to Lilitha Mahlati (OK 2005) who has made the Mail & Guardian 20...