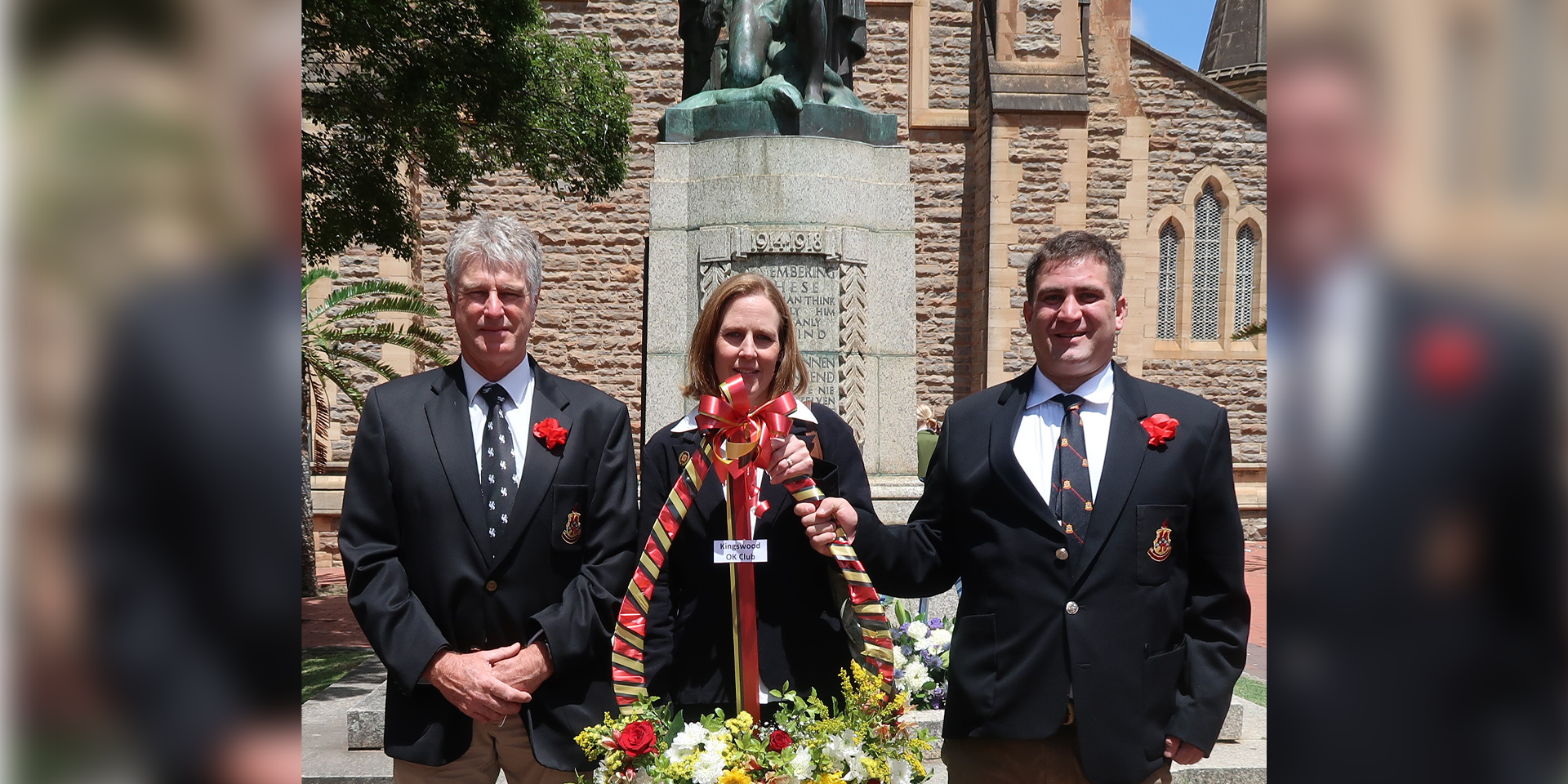 “Remembering these, let no man think too highly of himself or meanly of mankind.”

This is the inscription on the War Memorial in Makhanda’s Church Square, where yesterday (Sunday, 14 November 2021) we joined together with our community for the annual district Remembrance Day Parade.

Representatives from Kingswood College (Senior and Junior School) as well as the Old Kingswoodian Club laid wreaths in remembrance during the parade.

Remembrance Day serves to commemorate all those who have died in conflict in the service of freedom.

It is the day we remember those who were willing to serve their country and, if need be, to make the ultimate sacrifice so that we can have the life that we know. We will remember them.

The significance of Remembrance Day:

Remembrance Day, or Poppy Day as it is sometimes known, is observed every year on 11 November, or on the nearest Sunday to that date. It was one this date, at the 11th hour of the 11th day of the 11th month in 1918, that the armistice was signed between the Allied forces and Germany ending the First World War.

The significance of the Poppy:

During WW1, much of the fighting took place in Western Europe. The countryside was blasted, bombed and fought over repeatedly. Previously beautiful landscapes turned to mud; bleak and barren scenes where little or nothing could grow.

There was a notable and striking exception to the bleakness – the bright red Flanders poppies. These resilient flowers flourished in the middle of so much chaos and destruction, growing in the thousands upon thousands.

Shortly after losing a friend in Ypres, a Canadian doctor, Lieutenant Colonel John McCrae was moved by the sight of these poppies and that inspiration led him to write the now famous poem ‘In Flanders Fields’.”