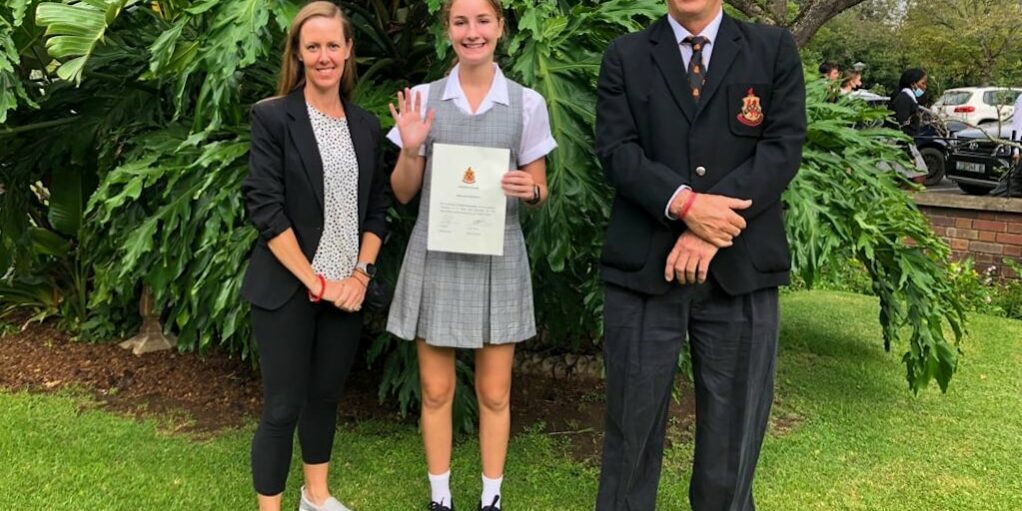 At assembly yesterday on the 20th anniversary of reinstituton of the hike since 2005, an award was made to Kingswood pupil, Kirstin Armstrong who is it is the first Kingswood pupil to complete five hikes. One of our teachers, Mrs Serfontein has also completed her 5th Kowie Dash.

Some history behind the Kowie Dash:

The Kowie Dash hike developed from a 1960s five day junior school hike, from the school to Port Alfred along the Fish River and then along the beach.

The hike grew and developed in time, seeing variations of this hike done by various people who were in charge at the time.

The hike was reintroduced to Kingswood in 2005 and in 2015, the route had to be changed due to Buffalo breeding being introduced into the valley.

Over the years, our hikers have faced heat, torrential rain, and gale head winds and high tides on the beach. The first day of 40kms is reasonably testing.

Well done Kirstin and Mrs Serfontein, you did it!

Some photographs from the most recent Kowie Dash.

The Muirhead Founder...
At the Senior School Prizegiving for 2020, the prestigious Muirhead Founders Fri...
Honours Award [Hocke...
Qhayiya has represented the Kingswood 1st Hockey side on 32 occasions having jo...
Uyinene Mrwetyana In...
On Monday, 29 March 2021, Kingswood College hosted the inaugural Uyinene Mrwetya...
Rest in peace, Mr Ga...
Today, Kingswood mourns the loss of and celebrates the life of Mr Steve Gardner ...