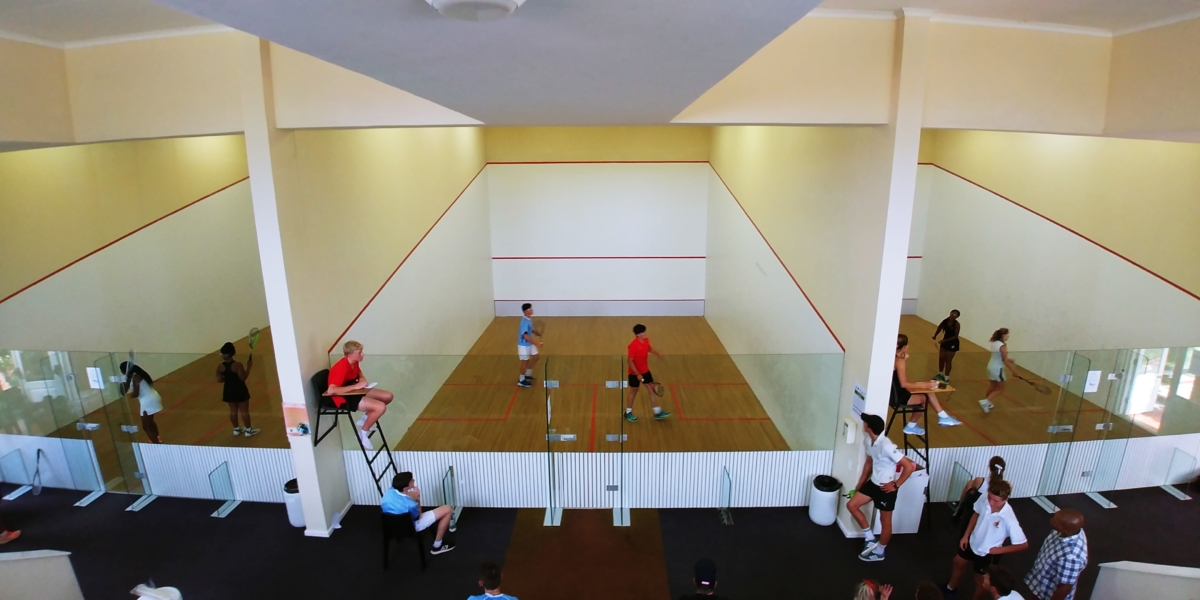 Our girls and boys 1st teams played in the annual Dave Hodgeson Squash Festival this weekend and both did well against some of the top schools in the country.

The girls played their first match against Clarendon High from East London. The Clarendon High side is certainly in the top three girls squash teams in the country, and while our girls played some lovely squash, in the end, the Clarendon girls were simply too strong. Our next girl’s fixture was against a festival invitational side which comprised of girls from DSG, VG and GHS. After some very good squash, our girls came out the convincing winners. Collegiate Girls High school were our next opponents. In front of a good number of supporters, the Kingswood girls showed their strength coming out comfortable winner 6/0. The first game of two games for our girls on Saturday was against last years Top Schools winners, GHS. We did manage to get a set or two off of them but like Clarendon, they proved to be too strong for us. Our final match was against DSG. They put up quite a fight with three of the matches going to 5 sets. In the end, the Kingswood girls showed some grit and determination to fight back and take the fixture 5/1. Boys: The Kingswood boys 1st squash team started the festival off with two very strong opponents: Selborne, who finished 2nd, and Grey High School, who finished 3rd in the 2018 Top Schools competition. Quintin Shiel played very well to win his match 3/1 and put Kingswood on the scoreboard, but it was not enough and Grey won 5/1. Selborne (who beat Grey later in the festival) were also an extremely tough team and although our boys played some great squash the Selborne side took the top honours (and have remained unbeaten this year). Our first fixture on Saturday was against Stirling High and Kingswood did well to beat them 4/2 with some really strong performances from our middle order. St. Andrew’s College was next and our boys also played some lovely squash proving too good on the day and running in 4/2 winners.

Another successful B...
The annual Brian Baker Water Polo Tournament took place this past weekend at Kin...
#MusicMonday with An...
Our very first #MusicMonday instalment! Check out this week's video from the KC ...
Junior School E-Lear...
With classes set to resume on Wednesday 29 April, our Kingswood Junior School He...
Junior school pupils...
While Makhanda may seem far from the lights of South Africa’s bigger cities, the...