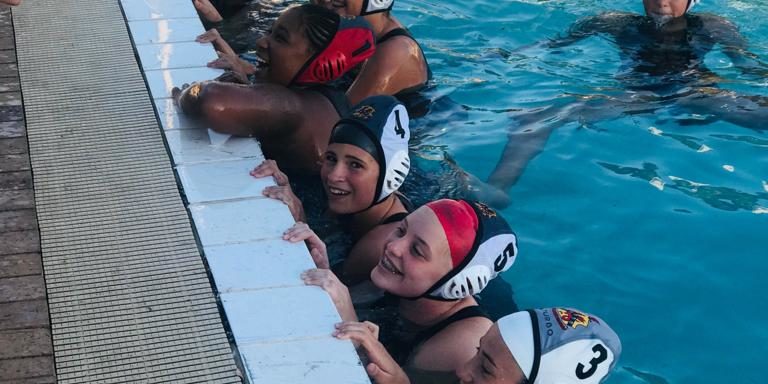 This weekend saw the Kingswood U14A Water polo Girls’ team take part in the prestigious Dave Pitcairn Cup for U14 boys and girls. The event, hosted by Reddam House in Constantia, attracts the top water polo schools in the country on an annual basis.

The Kingswood side started off very well with a convincing 8-2 win over Rustenberg to get their tournament off to a very good start. In the next two games against formidable St Stithian’s and Pearson sides, however, the Kingswood team found themselves behind early-on in both games, and despite spirited efforts to regain ground, both games were lost.

Needless to say, Kingswood won their next three games in fine form, winning the Shield section of the event. With one more game to go this season, this Kingswood team can look back on this season with great fondness and pride!

Kingswood U16 Tennis...
Over the past weekend, 2 – 4 September , eight of our U16 Kingswood tennis playe...
Junior Trinity (Lond...
A number of of our Junior musicians took part in the Trinity Music Exams. Their...
Honours for Water Po...
Isabella (Izzy) de Bruyn gets Honours Awards for Water Polo. The prizes awarded ...
Inspiring Future Sci...
One of the most unique things about Kingswood College is the fact that we have a...