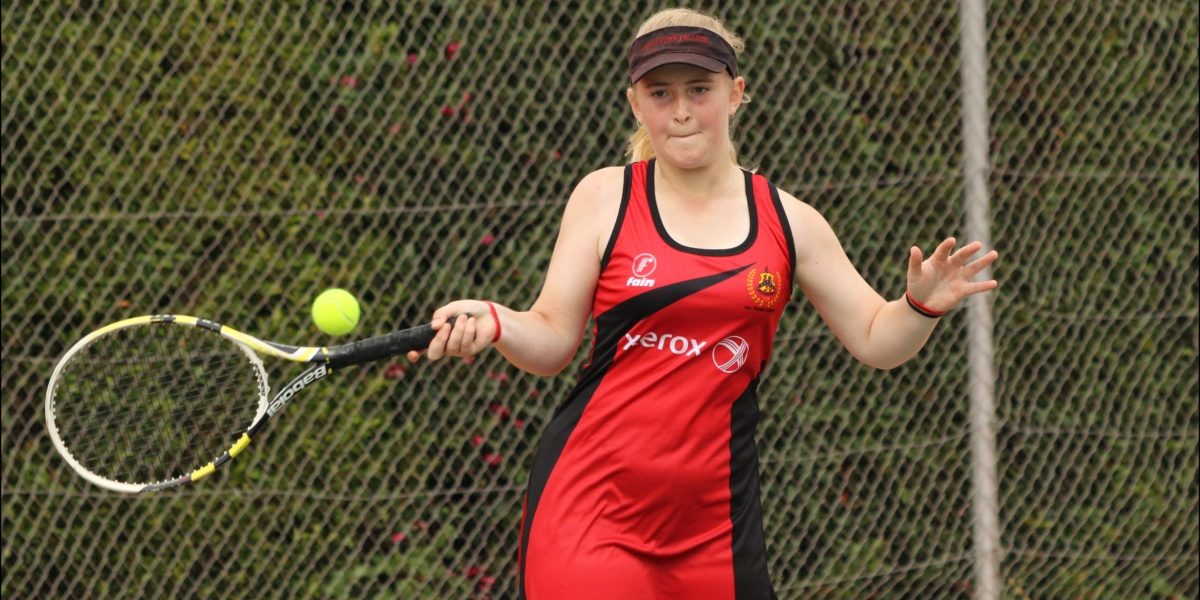 It has been an exhilarating weekend of Tennis at Kingswood College as the 2019 edition of the Girls’ Independent Schools’ Tennis Tournament kicked off from 22 February till 24 February.  The tournament features schools from as far as Cape Town, Durban, Pietermaritzburg and Pretoria. Kingswood welcomed Herschel Girls’ School, Springfield Convent School, DSG Grahamstown, St Mary’s DSG Pretoria, Roedean School  St Anne’s Diocesan College and Epworth High School for Girls. It was a busy schedule with singles and doubles matches featuring the top six players at each school, as well as a singles tournament for a reserve player for each. Two rounds were completed on Friday, with the competition being fierce and tight.  On Saturday the final pool rounds were completed, followed by an outing to Hellspoort where the girls got the opportunity to fish in the Yellow River, do some sharp-shooting and clay pigeon shooting.  It was a hot, yet awesome experience for all with Hellspoort living up to its name.  The night was rounded off by a standing spit in the poort (cliff) where everyone experienced the glorious Eastern Cape outdoors and breathtaking sunset.

On Sunday the finals round was completed in order to establish the overall outcome and positions of all the teams involved.  In any competition there has to be a winner, with the honours being taken by St Anne’s Diocesan College.

The overall outcomes were as follows:

Kingswood Tennis pla...
A number of our tennis players traveled to Merrifield in East London this past ...
Kingswood Juniors ma...
We extend our huge congratulations to the following girls on their selection to...
Honours for Water Po...
Aidan Chamberlain gets Honours Awards for Water Polo. The prizes awarded at Awar...
Academic Honours Cit...
To Qualify for Academic Honours, one must achieve a total of 580 marks (an 83% m...