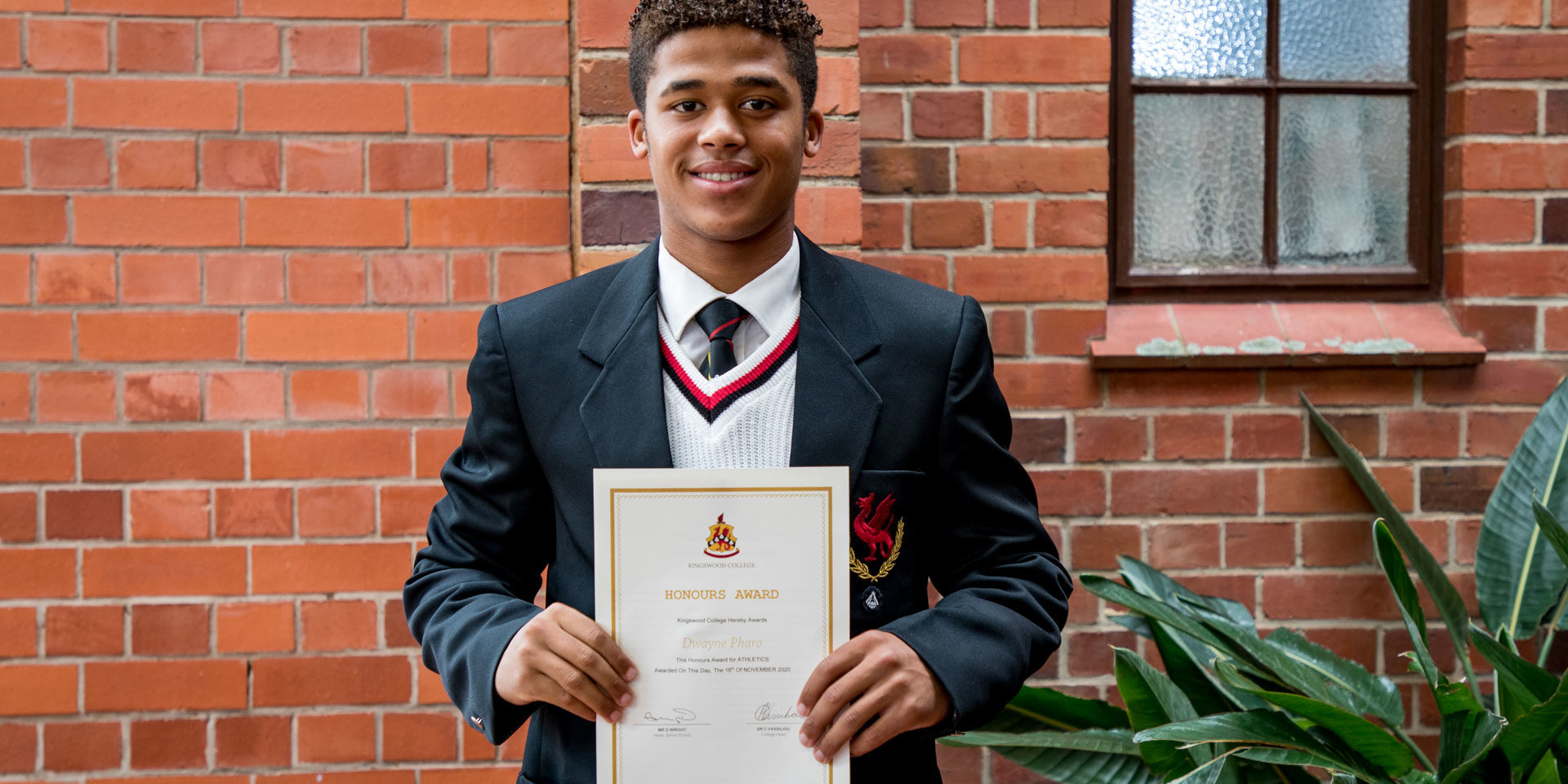 Dwayne Pharo has been part of the elite athletics team since his arrival at Kingswood. Not only is he a sprinter, but he is an all-round athlete with contributions in cricket, rugby and hockey. It is, however, on the athletics track that his true talent and hard work has stood out.

Dwayne has competed for the school and the province and participated at numerous national events. As a school athlete he has won the victor ludorum, performance of the day and numerous events at the school championships over the years.

He then went on to place 7th in the 100m at the South African High Schools Championships as an U16 athlete. Dwayne was awarded colours for these achievements.

2020 has been a challenging year for all, but Dwayne has continued to persevere in his athletics. At the start of the year he set a new 100m record at the Sarah Baartman High Schools Championships with a time of 10.31 seconds and won the 200m.

Dwayne then went on to win both the 100m and 200m at the Eastern Cape Championships where he qualified for the South African High School Championships which unfortunately did not take place due to the Covid-19 pandemic.

Dwayne also qualified for the Athletics South Africa U18 Youth Championships which was also cancelled unfortunately. Dwayne’s Eastern Cape qualifying time of 10.41 seconds for the 100m left Dwayne as the number 1 ranked 100m athlete in the country in the U18 age category, as an U17 athlete.

There is no doubt that Dwayne is most deserving of the highest accolade for athletics – honours!