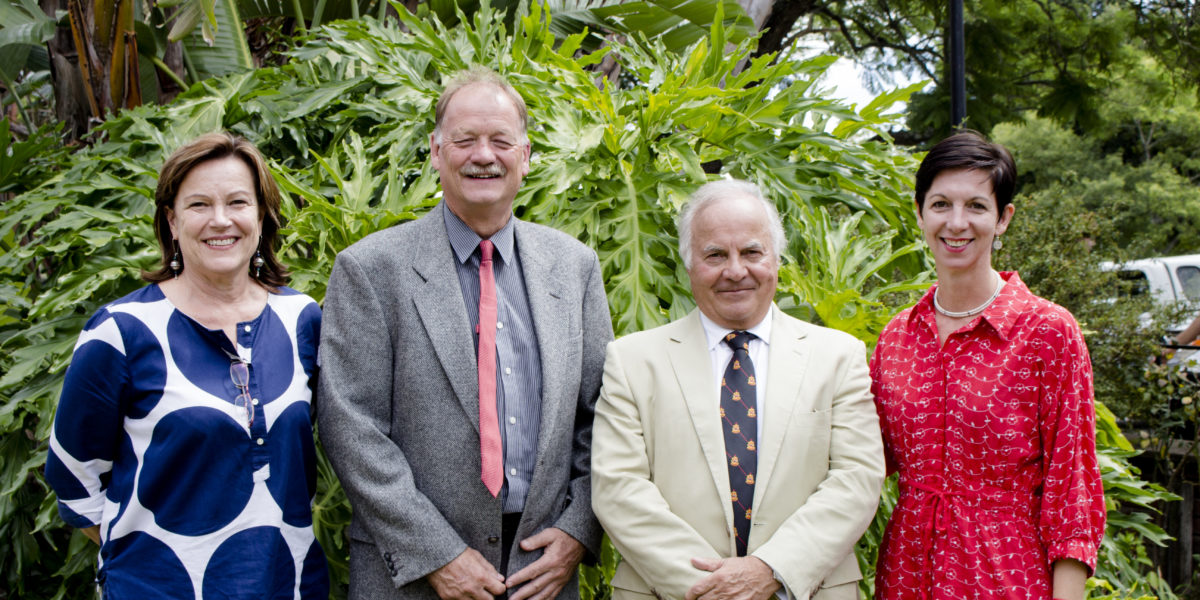 We had the privilege of having Dr Geoffrey de Jager as our second speaker for our “KC Talks” series this morning. Dr de Jager is retired investment banker, entrepreneur and philanthropist.

Born in Oudtshoorn in the Little Karoo, Dr Geoffrey de Jager arrived at Kingswood in 1963 and matriculated in 1968. As both Drum Major and College Band Master, Dr de Jager played a significant and key role in building the musical excellence of the school. In 1968, Dr de Jager was appointed as a Prefect in Gane House.

On leaving Kingswood, he completed his first degree at Rhodes University and then went on to the University of Natal where he obtained his LLB in 1975.

After practicing law for a short period of time, he entered the investment banking world where he became a founder director of Rand Merchant Bank. Here he served as an Executive Director for a number of years. After moving to the United Kingdom in 1987 he established Anglo Suisse Investment Holdings. Under his guidance the company has become a leader in specialist global corporate finance.

Further to which Sharp Interpak, one of Anglo Suisse’s UK affiliates, has become a pioneer and leader in developing environmentally friendly and sustainable packaging through engineering recycled materials in the food packing industry.

Beyond his business interests de Jager has been deeply invested in both philanthropic and charitable work. Amongst the many organisations he and his wife Caroline supports both in South Africa and the UK; he is the patron of the Johannesburg based Sparrow Schools Foundation which provides support to remedial and special needs education from disadvantaged backgrounds. Closer to home, he has played a major role in the work of the Rhodes University Trust. Consequently, the university, in 2012, conferred on him an Honorary Degree in Laws. In the United Kingdom he is a major benefactor to Trinity College Oxford which resulted in de Jager being elected, in 2015, as the Sir Thomas Pope Honorary fellow of Trinity College.

His philanthropic interests also extends into the Arts where he was, in 2014, made Life President of the Oxford Philomusica which is Oxford University’s orchestra in residence. As Chairman of the Classics for All, de Jager has championed the need for the teaching of classics in UK schools. To this end he has provided funding to state schools to support the development of the classics in education. Both Dr and Mrs de Jager are also significant contributors to Oxford’s Ashmolean Museum where they have ensured that it has been able to purchase a number of major pieces of artwork.

If this were not enough, Geoff de Jager, is a member of the International Council at the Global Leadership Fund. All this, is but a snap shot, of an Old Kingswoodian who has contributed in so many ways to engaging and enriching the communities with whom he has worked.