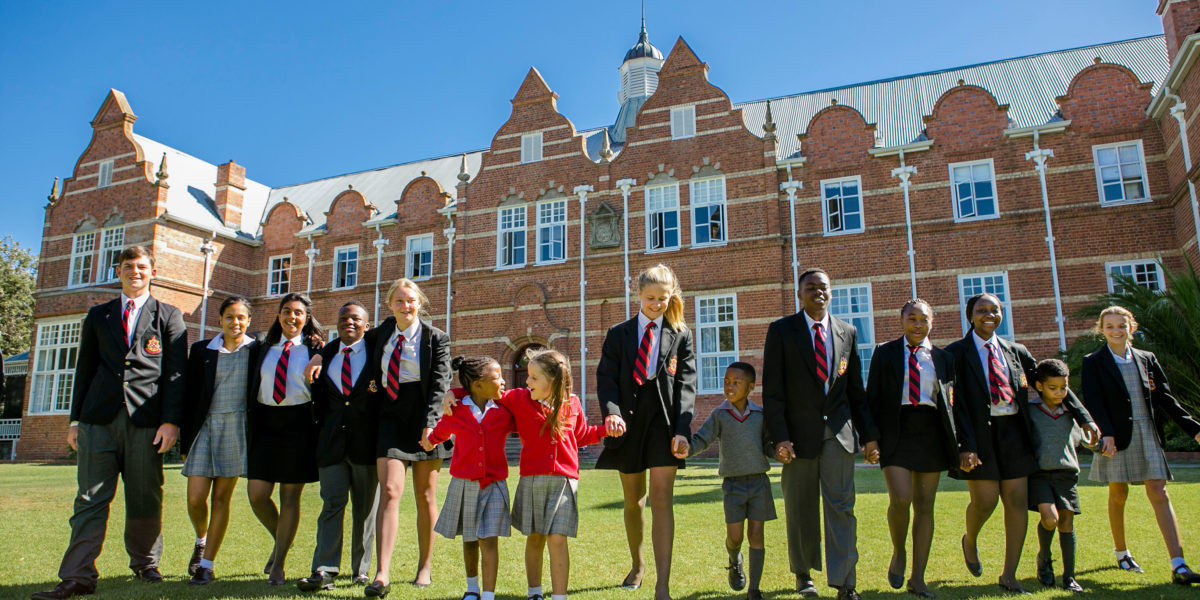 This year, Kingswood College has been celebrating its 125th year and from 13 – 17 March celebrated our Foundation Weekend.  As part of the celebrations the college reflects on the past and honours all who contributed to making Kingswood a world-class school. Kingswood believes the best and most appropriate way to honour past generations, is to   assess its current position as a leading independent school, in order to position itself to meet the educational and social challenges anticipated in the years to come.

Kingswood College derives its name and Methodist values from Kingswood School established by John Wesley in England in 1748. The school’s roots can be traced back to the days of the 1820 Settlers when William Shaw, a member of Sephton’s party, established the Salem Academy in the 1830s. When the Salem Academy was moved to Grahamstown, it was renamed the Shaw College which subsequently   became the Wesleyan Collegiate School for Boys.  In 1896, the school moved to   the site now occupied by the impressive 19th century architecture of Kingswood College set amidst expansive and beautifully manicured gardens.

In 1973 this well – known traditional boys school took a bold step by welcoming girls and becoming the exemplary co-educational school catering for all age groups ranging from Grade 000 up to the Bridging Year, which it is today. This decisive turn in direction in the history of Kingswood College was not only inspired by its commitment to diversity, social equality and inclusion, but was also, to a large extent, prompted by the school’s desire to be a family school where boys and girls can grow and mature in a normal co-educational family situation.

Socially and educationally the world of Kingswood College in 2019 is markedly different from the world in which the school had its origins in 1896.

In its Jubilee Year the College gratefully recognises   the enormous contributions made to the success of the school over many generations by pupils, parents, teachers, support workers as well as the broader community. Kingswood’s tribute to those who made the school what it is today, is to respond by making the bold changes necessary to continue to offer cutting-edge education which appropriately and effectively can respond to the challenging social, technological and educational demands made by a rapidly changing South Africa in a dramatically changing world.

Kingswood believes that the complexity of our present-day world, demands that the process of teaching and learning should be constantly interrogated and where necessary adapted to meet new needs. While it is recognised that a solid understanding of traditional school subjects remains crucial, the school also believes that this is no longer adequate in order to prepare pupils for the bewildering demands they will encounter in life after school. To face the unpredictable and constantly changing future, pupils need to be assisted in becoming adaptable, forward-thinking, creative human beings capable of problem solving and innovation.

In order to meet the likely demands of the immediate future, Dr Colleen Vassiliou, the newly appointed College Head, has designed a strategic plan for the entire school from Grade 000 to the Bridging Year. In this process she was assisted by members of staff, pupils, parents and members of the school council. This bottom-up management and planning approach, demonstrates the school’s commitment to collaboration, relationship building and inclusivity.

Character building: a cornerstone of a Kingswood Education

“Educating for Life” sums up Kingswood’s approach to education. The College follows a holistic approach in an attempt to prepare pupils to meet the demands of   a complex world. Achieving excellence is inspired in every aspect of the development of a pupil. This include dimensions such as heart, mind, body and spirit.

The development of character at Kingswood College takes place in a safe family environment where every pupil is encouraged and supported to attain his or her full potential. In an effort to produce resilient, self-reliant and successful individuals, Kingswood nurtures leadership skills; promotes the development of confidence; helps pupils to develop critical thinking and problem-solving skills and encourages empathy and a compassionate approach to others.

The safe, comfortable and attractive boarding facilities at Kingswood College, provide the ideal environment where character can grow and blossom.

Kingswood College has a long and proud tradition as a boarding school and the “new look”, attractive boarding houses are in themselves a tribute to past efforts to make boarding at Kingswood a pleasant and enriching experience

The boarding houses at Kingswood are more than mere buildings. It is there where friends become family. Welcoming boarders from all over South Africa and the world, the comfortable and pleasant boarding houses provide a space where everyone is valued; where uniqueness and differences are respected and where even the youngest boarder can feel comfortable and at home. A visit to any of the houses clearly demonstrates Kingswood’s   policy to provide “a home where all belong”.

The key to Kingswood’s success over a period of 125 years, is the ability to re-invent itself to meet new challenges.

A shining recent example of innovation at the school, is the founding of the Kingswood College Leadership institute. The establishment of this Institute established Kingswood College as a leader in this field in South Africa. Kingswood’s firm belief in and commitment to “educating for life” is reflected in the collaborative and academically rigorous and dynamic courses offered by the institute. Kingswood clearly does not aim to be an isolated island of excellence but is cognisant of its position in a complex and multi-dimensional society. This Institute therefore, aims not only to benefit the college pupils, but also members of staff, parents as well as the community at large.

The establishment of the Innovation, Creativity and Entrepreneurship (ICE) project, is a prime example of how the College, in its Jubilee Year, took yet another major step in an attempt to ensure that a Kingswood Education, will remain cutting-edge, relevant and geared to the demands of the future. This initiative will inform greater innovative, creative and entrepreneurial skills across the curriculum in a conscious attempt to produce the kind of young person who will be equipped effectively and successfully to function in the ever- changing world they will have to face. Some exciting add-ons to the traditional curriculum, include the introduction of Robotics in Grade 8, the hosting of the first Junior Engineers for Africa (JEFA), involving pupils from the Pre-primary phase through to Grade 11. Future projects include Aquaponics, the implementation of DigiTV and setting up of a Kingswood radio station.

A first in Africa

Significantly Kingswood College chose its Jubilee Year to launch its ground-breaking ‘Character Curriculum”. This bold innovation means that Kingswood became the very first school in Africa to formalise character education in its curriculum. Kingswood now forms part of a small number of schools internationally who place this kind of emphasis on character education as an integral and clearly formulated component of the school curriculum. The college aims to utilise character education to produce principled, independent, confident, socially well-adjusted and passionate matriculants with tenacious self-reliance who will grow and flourish throughout their lives. Dr Colleen Vassiliou, the Head of Kingswood College, is committed to the idea that the “…training or teaching of the pupil, is the teaching of character.” She believes that: “The only way we can make a significant difference in our country, is to develop ethical leaders, who are individuals of character.”

A successful past and an exciting future

Over a period of 125 year much has changed at Kingswood College as it constantly mutated in order to meet new social, academic and educational demands. However, the legendary Kingswood College spirit of courage, determination, generosity and happiness is still part and parcel of the Kingswood ethos. The concerted effort of all concerned to preserve and to enhance the warm, caring co-educational family atmosphere at the school will guarantee a safe educational haven for years to come and will continue to provide pupils with the kind of environment which   supports the development of healthy, balanced attitudes and relationships.

In its Jubilee Year Kingswood College toasts the past and celebrates the future.