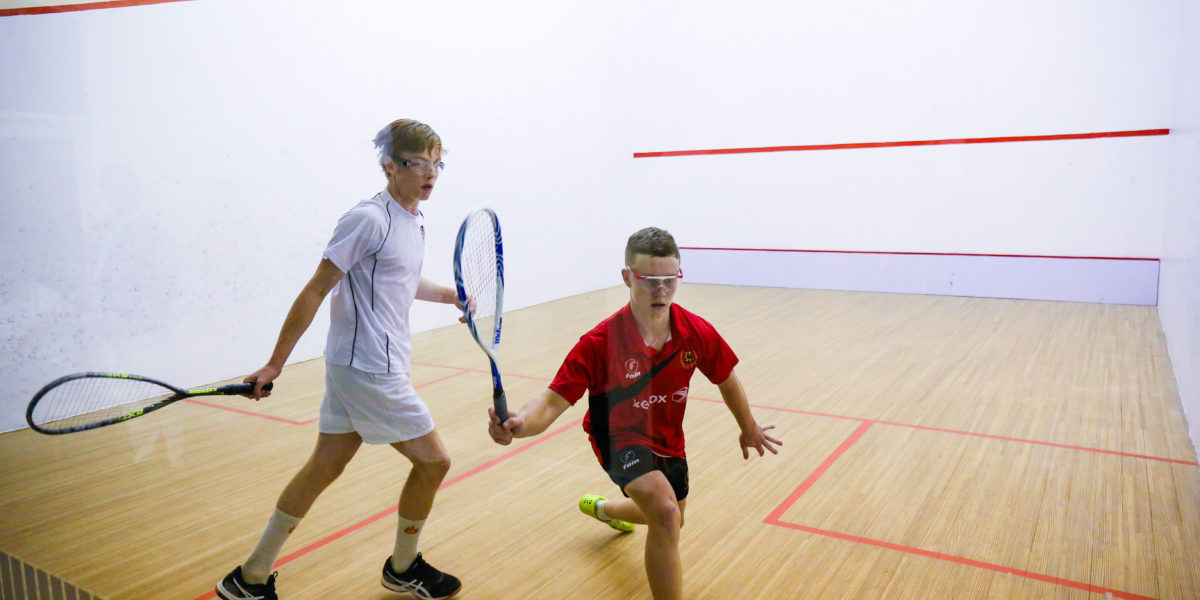 The eagerly anticipated K-Day squash matchups between Kingswood College, DSG and St Andrew’s College took place on Monday the 10th of June. Squash players tend to be involved in other sports hence the early start to the K-Day week and this year was no exception with a number of players competing in three sports during the week.

The Kingswood boys and girls started their matches simultaneously at 6pm with the number 6 contest of Nana Abebreseh (KC) vs Lucy McAdam (DSG) and the number 5 match of Yael Buchman (KC) vs Ivana Stevens ((DSG). While the KC girls were not at their full strength, DSG have some good depth this year and proved too strong both winning 3/0. Zoe Frazer (KC) and Zintle Yaka (DSG) were next up and Yaka did well to fight back from 1/0 down to win 3/1.

With the outcome of the fixture delicately poised the number 1’s played for victory or a draw. Carolina da Costa and Erin Powers represented their schools with aplomb in one of the most tightly contested games of the day. It certainly drew some of the most ardent support from the capacity crowd as the evenings matches were designed to culminate with the top seeded players. Powers came out firing taking the first game 6/11 for DSG. Da Costa though, steadied herself and won the 2nd and 3rd games 14/12 and 11/7. Powers kept a cool head fending off a match point and levelled the scores at 10 all with a drive deep into the back corner. She took the next point and the 4th set 10/12. This gave Powers the momentum going into the deciding game where she won 6/11 and sealed the victory for DSG 4 matches to 2.

The first match up of the evening for the boys was between Rogan van Niekerk (KC) and Oliver McKay (SAC). This proved to be a very even contest on paper and van Niekerk did well to edge out his opponent 11/9, 11/7 and 11/6 to put Kingswood on the front foot.

The number 5 match was to be the most hard fought of the evening for the boys as Jean-Luc Basson (KC) went up against Kyle Letherby. Basson took the first game 11/5 but Leatherby struck back with two quick fire games knocking the wind out of Basson’s sails 3/11 and 3/11. With the momentum clearly in the older player’s favour Basson dug deep to turn things around and win the 4th game 11/5 sending the match into a deciding 5th game. At 6/6 all the game could have gone either way but the stamina of the KC player seemed to come into play as he won a series points to win the game and therefore the match 11/7.

Ross Liddell (KC) met Nick Holmes in the number 4 matchup. This match was also a relatively well contested affair but Liddell proved to be too strong in the end winning 11/7, 11/9 and 11/8. It must be noted that Holmes played the shot of the evening with a no-look, behind the back, back-wall boast that caught everyone (including himself) off guard.

The number 3 matchup between Luke Kelly (KC) and James York (SAC) was quickly settled as Kelly showed why he was a top nationally ranked player in 2018 cruising to victory 11/1, 11/3 and 11/2. The KC boys team have some very strong players at the top and Veer Bills made short work of Courtney McKay winning 11/1, 11/4 and 11/5. Credit must go to McKay who never gave up and used his pace around the court to make Bills work for every point. The final match of the evening pitted Quintin Shiel up against Dayton Avery. In what proved to be quite an entertaining match Shiel showed why he is the KC number 1 winning comprehensively 11/2, 11/2 and 11/4.

Ultimately the winner on the night was squash as the capacity crowd were well entertained by some fantastic matches. What made the evening so special was the manner in which all the matches were played epitomizing what Christopher Earle once famously said, “Be humble in victory and gracious in defeat”.