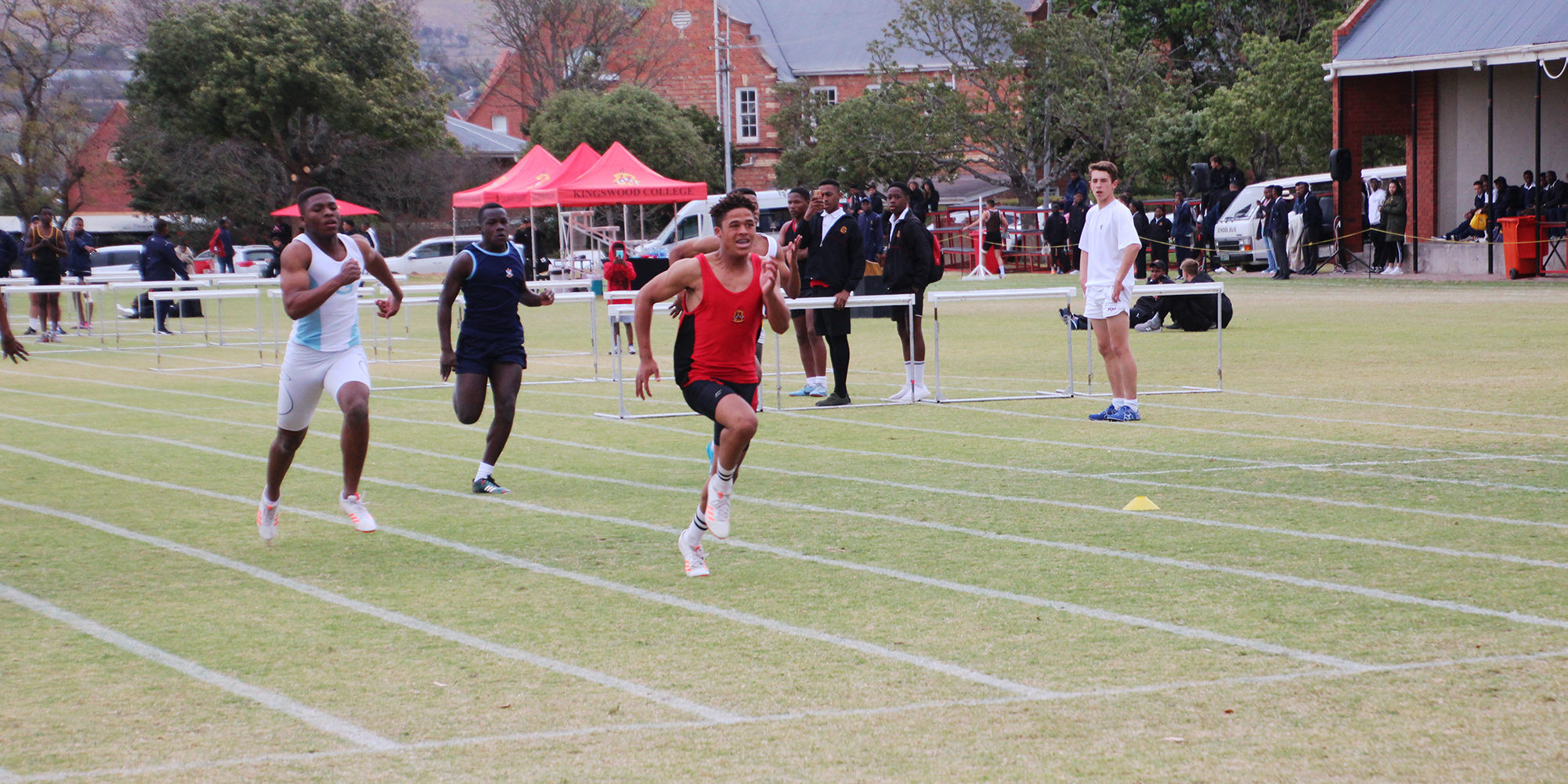 As always, our Kingswood athletes gave a good account of themselves and produced some notable results, such as Usivile Zweni in the High jump coming 1st with a height of 1,85m his personal best thus far. Dwayne Pharo winning both 100m and 200m (he just missed the record for the 200m which is 22,00 seconds when he clocked 22,03 seconds), Elan Buchman came 3rd in Pole Vault with a height of 2,7m. The under 16 4 x 100m relay team which consisted of Liyema Adam, Rotino Flusk, Simbarashe Chaparira and Dwayne Pharo  finished 3rd.

In the Hirsch Shield itself Ernest Connan received a bronze medal in the 110m Hurdles and Dominic Shone also received bronze for Shot Put.

It is worth noting that the Hirsch Shield competition celebrates its 102nd year and Kingswood is proud to have hosted this competition as part of our 125 celebrations.

SUMMARY OF THE RESULTS AS ANNOUNCED:

2021 OK Club Tie Pre...
Our Matric class of 2021 were given their Old Kingswoodian Ties and welcomed int...
#MusicMonday kicks-o...
Our very first #MusicMonday instalment! Check out this week's video from the KC ...
Grade 12 Maths Camp
Our campus has been slowly reawakened with the return of a number of pupils for ...
Squash 1st Team (Boy...
Our girls and boys 1st teams played in the annual Dave Hodgeson Squash Festiva...