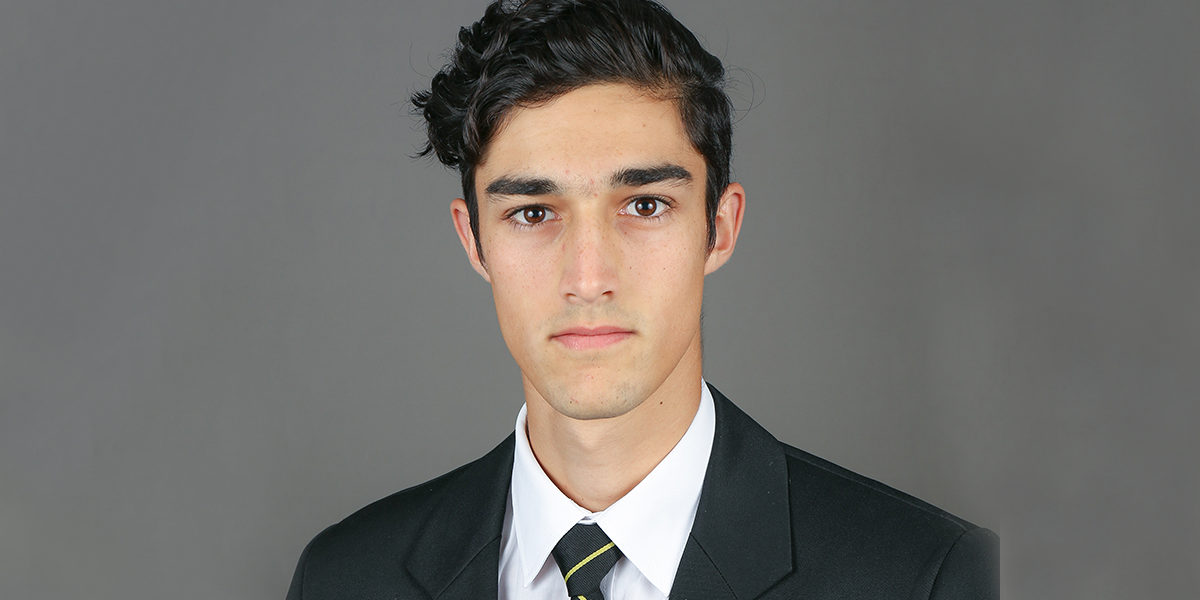 Veer has been a consistent member of the Kingswood 1st team since Grade 9, amassing more than 130 caps for his school. He has represented Eastern Province Squash since U13 having been ranked consistently in the top 3 of his age group. Veer was also crowned the EP U16 age division champion and achieved a 3rd and a 2nd place in the Alan Stapleton Tournament. He has also played a role in winning multiple Makana and Districts Squash Association league titles.

In addition to these results he has also been a consistent performer in the Bloemfontein Junior Open, the largest junior tournament in the country, as well as the invitation only SA Closed Tournament, where he has competed on multiple occasions, placing in the top 30 in the country.

Perhaps the defining moment for Kingswood squash this year was our domination on K-Day, where Veer captained the boys to an 18/0 victory and continued his unbeaten run in this derby day fixture.

Veer’s commitment to the game is second to none and his work ethic is an example to his peers. Defined by his technical approach, speed and controlled aggression it has been a pleasure watching Veer’s game develop over the years and it is testament to the many hours of hard work that he has put in. Win or lose his never-say-die attitude is unparalleled and it is a rare day indeed when an opponent leaves the court with Veer not having made them work for every point.

It is however, the effort that Veer has put into developing other players where he has really made his mark. From the absolute novice to his fellow 1st team players he has always been willing to share his expertise with exceeding patience and humility, unless of course you take a point off him playing King, then he’ll quickly put you back in your place. A testament to this commitment is the more than 200 hours of coaching that Veer has accrued at Kingswood. To put that in perspective this equates to coaching 24 hours a day for a month. Seldom has anyone been able to give back so much to their school while they are still a pupil.

For going above and beyond and serving the sport on a different level I take great pleasure in awarding Veer Bills honours in squash.

Women's Month Pupil ...
This year for Women's Month we decided to have our current young Kingswoodian w...
Ash Wednesday 2022
Today is Ash Wednesday, the start of Lent. It is a 40 day period before Easter w...
2021 Pupil Leadershi...
Congratulations to the 2021 Pupil Leadership Team. We look forward to seeing wh...
Kingswood College Ma...
The Kingswood College Matric Class of 2018 has generated impressive results of...