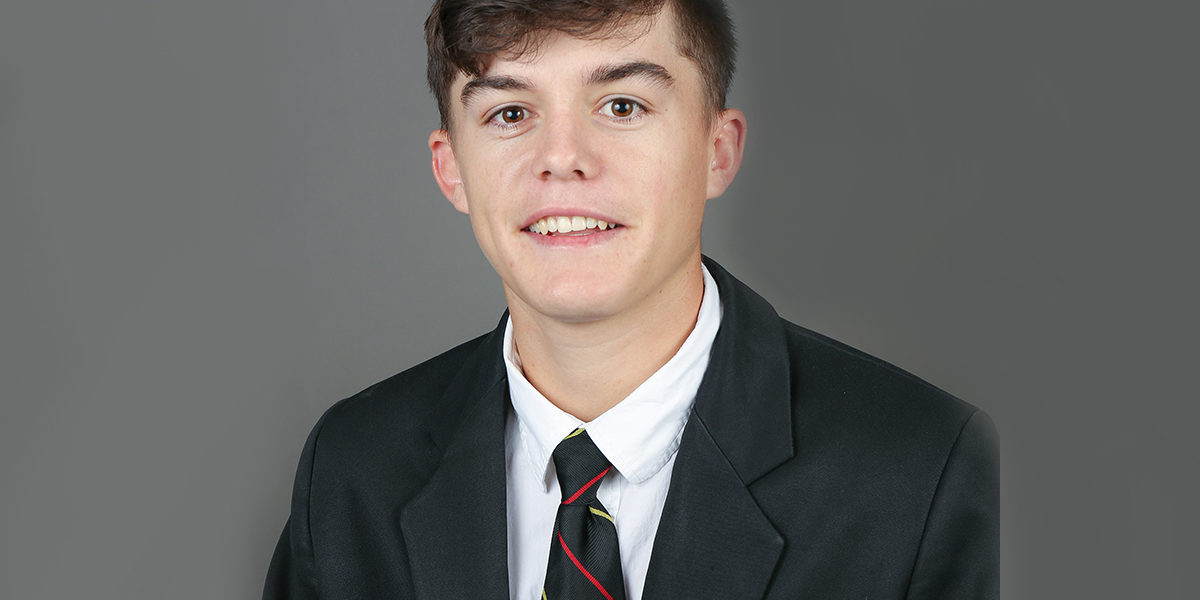 Quintin is a unique talent on the squash court and has consistently represented the Kingswood 1st team since Grade 8 where he has achieved more than 120 caps. In fact, the first match he played for the Kingswood 1st side was as a Grade 7, which is an astonishing feat in itself.

Quintin has demonstrated an innate ability to outfox his opponents by calling on an extensive selection of shots and the chameleon-like manner in which he is able to change his game completely to counter the strengths of his opponents. Perhaps even more artful though is his ability to get into the minds of his opponents. While possessing great mental fortitude himself he is somehow able to breakdown his opponent’s confidence with his own brand of, sometimes subtle sometimes not but always deft, verbal mind games. He has what you might call the gift of the gab for lack of a better term. As someone who has never taken himself too seriously it has always been entertaining watching one of Quintin’s games. Win or lose there has always been something to smile about afterwards which is, in itself, an important life skill to master.

While Quintin has shown a willingness to coach and share his knowledge of the game with younger players I think the most important thing that he has demonstrated to his peers is that it is only a game after all.

Quintin has, over the years, represented Eastern Province squash since U11 and been crowned provincial champion in the U13, U14 and U16 age divisions. In his Grade 8 year he was part of the EP Schools Championship winning team that earned a bronze medal at the South African Top Schools tournament which defeated many of the best schools in the country in the process. Quintin has also shown great resilience in over-coming a life-threatening injury to return to the pinnacle of Kingswood squash, having been the schools number 1 seed on and off since Grade 10. He has also been invited to the SA Closed Tournament on multiple occasions and achieved a top twenty national ranking this year. He has also played in a number of teams that have won their respective division in the Makana and Districts Squash Association league. Quintin is one of the few who can boast of never losing a K-Day fixture and was an integral part of the team that did exceedingly well in this year’s matchup.

For his years of service and commitment to the Kingswood game, I am delighted to award honours in squash to Quintin Shiel.

Reflections on Onlin...
We recently caught up with Mrs Carissa Wilson, our Deputy Head of the Junior Sch...
Eastern Cape Water P...
Calling all u12 - u16 girls and boys it's time to take your water polo game to t...
Siya Nomoyi (Headgir...
"...From the day I arrived at Kingswood on the 11th of January 2015, my fa...
Women’s Month Series...
August is Women's Month and what better way to truly celebrate it than by touchi...