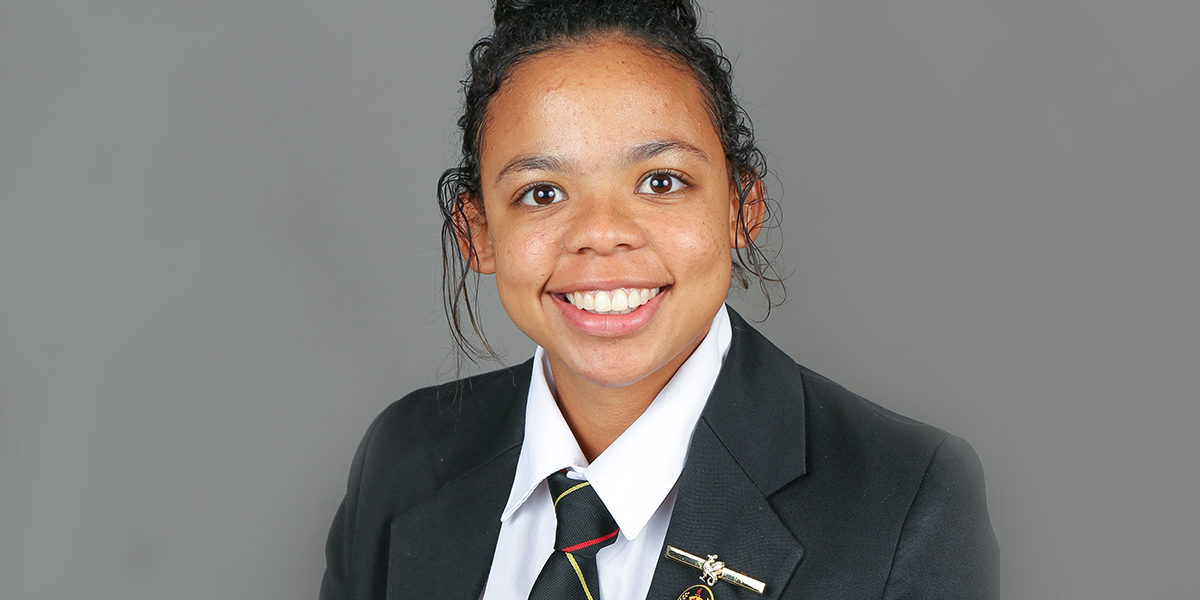 Ciana has been an integral member of the 1st Girls’ Water Polo team at Kingswood over the past 3 years. She captained the team to the semi-final at the National Co-Eds tournament this year. She is an excellent leader, who leads by example and is able to inspire her team mates.

Ciana is a player that you can put in the pool and know that she will give 100% of herself. Her skills are excellent and she has scored 7 goals this season, with her goal against Pearson standing out as one of her finest. Her defensive play has been her biggest strength and she has mastered the half drop. Her dependable tenacity in defence has gotten us out of many sticky situations.

It is with great pleasure that we award Ciana Daniels Honours for Water Polo.

Academic Honours - K...
Kristina is a diligent young lady who shows great tenacity towards her studies....
Another successful B...
The annual Brian Baker Water Polo Tournament took place this past weekend at Kin...
Uyinene Mrwetyana In...
On Monday, 29 March 2021, Kingswood College hosted the inaugural Uyinene Mrwetya...
Academic Honours Cit...
To Qualify for Academic Honours, one must achieve a total of 580 marks (an 83% m...