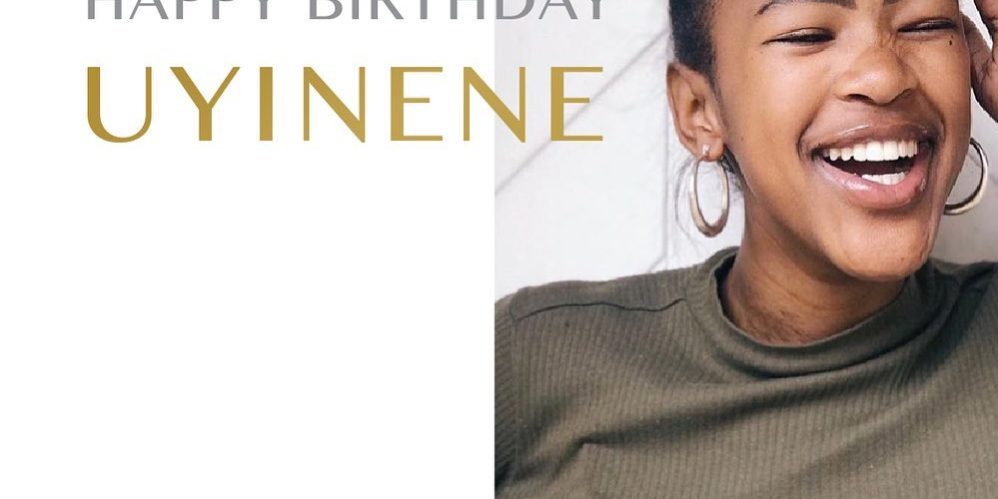 Today we celebrate the life of Uyinene Mrwetyana who would have celebrated her 20th birthday today.

A keen academic.
A born leader.
A talented musician.
A smile that lit up a whole room

This was our Nene.

The following written piece has been written by Mrs Mrwetyana (Nene’s Mom) about her daughter:

“Uyinene was an intellectual, a musician, a fashionista. She was a runner, a dancer, a philosopher. A daughter, a sister, a friend. She was a beautiful young woman with a smile that lit up a room and she had an infectious way of laughing that would ignite the laughter in others.

Her friends and family tell stories about Uyinene and each story reveals a remarkable, effervescent young woman with a provocative sense of humour and a passion for justice, fairness, and equality.

‘Nene’. ‘Ne’. ‘Uyi-Uyi”. ‘Little Ooooh’. The nicknames abound, testimony to the love she engendered among all who knew her.

She was the person who saw things others did not. She saw the shy newcomer in the history class and sat down next to her with a wink and a smile. Another lifelong friendship established.

She saw the disabled man tortuously trying to force his wheelchair with exhausted arms up the potholed hill near her school. For every two feet of progress made, he slips back one. When his arms give up the battle, she quietly leaves her friends and the safety of her school campus and pushes him the rest of the way, chatting animatedly with her new friend.

At exam time, she saw the solemnity and depression setting in. It was time for one of Uyinene’s famous “dance offs”. Loud music, crazy dance moves, vigorous exercise, hilarity and the mood lifts.

A friend in the music school is feeling down. The two stay behind after everyone else has packed up after practice. Nene ditches her saxophone, her friend the trombone, and they take up new, unknown instruments. They make the drums resonate with the tinkling triangle in a new form of mad music that leaves them giggling and invigorated.

Pick a fight with the vulnerable, and Uyinene was there. Racism, sexism, homophobia or xenophobia were met with an instantaneous rebuke and a quiet, firm explanation of why that was “not ok”. She called out privilege and patriarchy, challenging her family and making her elders rethink how things had been done through the ages.

She befriended, encouraged, uplifted and defended.

Her feminism was defiant and fierce, her outrage at gender-based-violence furious and uncontestable.

She debated these issues at the dinner table with her family, among her circle of friends, and — in sharp, stark, angry terms — on social media. Her social media posts remain behind as testimony to who she was and how she felt.

Her academic history, although it was prematurely cut short, provide ample evidence of recognition of her hard work, her friendliness, and her generous leadership.

Uyinene was a fighter and fought up until the moment when she drew her last breath. Her legacy is one of activism, change, empathy, hope, honesty, compassion, and justice”

The accompanying video is an adaptation from a poem written by a Kingswood College pupil in honour of Uyinene.

Our 1st XI: Bringing...
Our Cricketers have been putting their best foot forward since the start of the ...
Megan Fletcher Award...
The Neil & Faith Collett Cup was awarded at the Gr 7 leavers’ dinner held at the...
Little Shop of Horro...
Our Senior School recently put on the production of the The Little Shop of Horro...
Foundation Day Chape...
Over the years, hundreds of Kingswoodians have come together each year on 14 Ma...