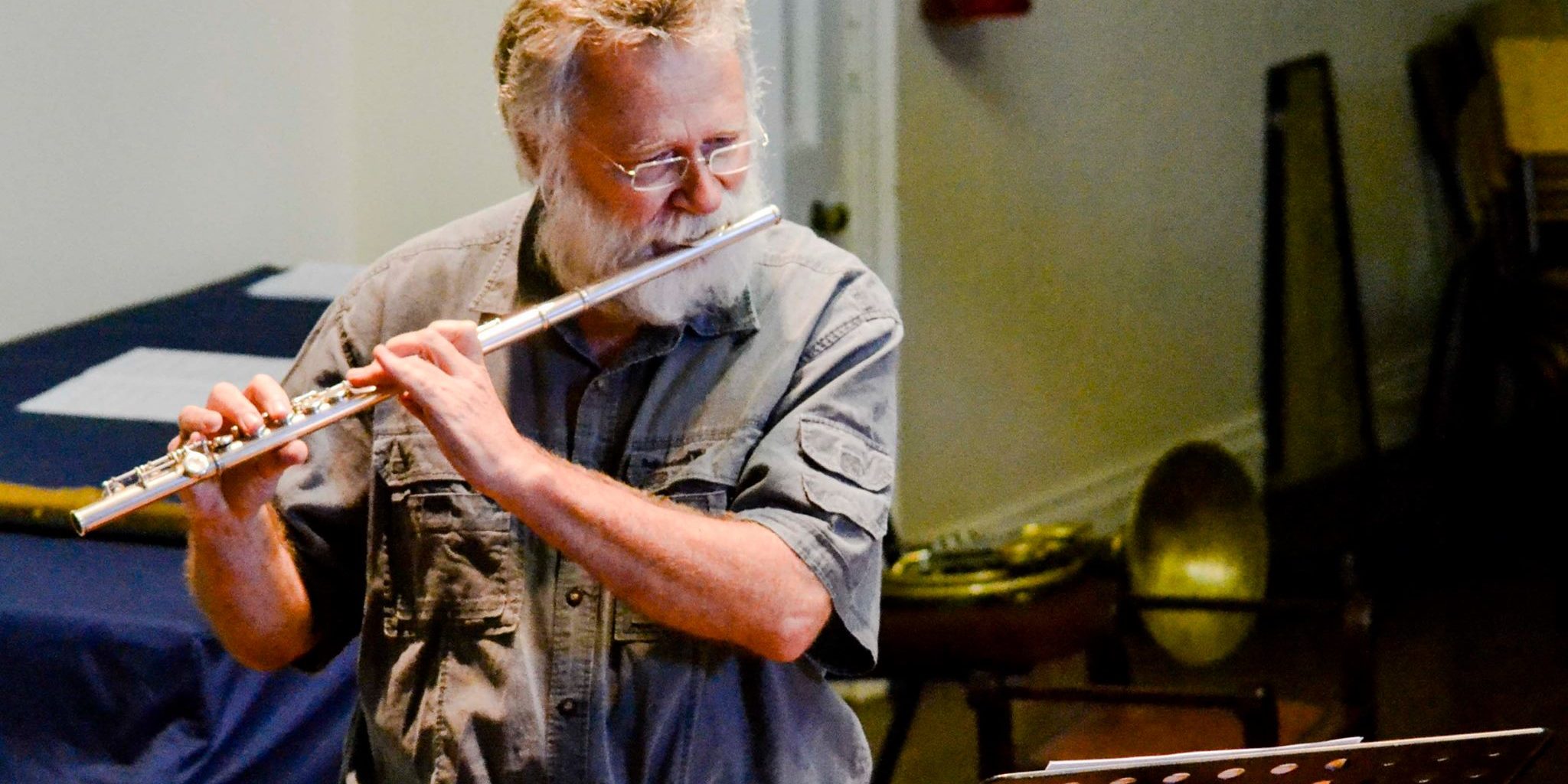 An indomitable spirit that will be sorely missed in this world.

Today a memorial service for Mr Stephen Holder, former Director of Music will take place. Many of our staff and pupils would have liked to attend this celebration of his life, but due to the covid-19 pandemic and lockdown regulations will be unable to.

Former pupils, Eugenie Brand and Emily Fryer put together this accompanying video clip to honour their teacher. The music played in the montage is a performance by Mr Stephen Holder and Ruru Makoni, who is also an Old Kingswoodian.

“Music, shared with others, has the power to uplift, to nurture, to encourage and to heal. It is a profoundly human activity and deeply pleasurable. Music is good for you! It is powerful in its effect – something which is often not taken seriously enough, not even by musicians.”

An indomitable spirit that will be sorely missed in this world.

Mr Holder began teaching in the Music School in January 2003 and was appointed Director of Music in 2007. He was instrumental in initiating various exciting musical events and projects during his tenure at the college. He introduced the policy of linking concerts to community outreach projects. As a result of his hard work and dedication, Kingswood now hosts annual concerts such as the Hospice Cheese and Wine concert, the Concert in Dark, in aid of the St John’s eye clinic, and the Concert Band usually links its tour concerts to local charitable causes.

He was a talented musician, known for his passionate organ playing in our Chapel, and he was without a doubt a real master of his craft.

He always wore a hat, had colourful shirts and his “scribbled notes” looked like the work of a careful calligrapher. These small details provide only a snapshot of the man that was Mr Stephen Holder.

He was an inspirational leader and a passionate teacher.

Prior to his retirement at the end of 2018 a number of his colleagues and pupils were asked to give quotes about Mr Holder and this is what they had to say:

“Stephen is a fountain of knowledge (on music and other subjects). His intellectual abilities are truly astounding. He is able to quote things which he learnt at school – a rare gift.”

“His skills as an organist are remarkable and they have left a lingering memory on anyone that has ever been at Kingswood.”

“As a composer and as an arranger, he has left his mark. His arrangements of school hymns are refreshing and remarkable. He really burnt the candle at both ends. So talented.”

“As a speaker, he always has iconic little anecdotes, and a beautiful resonating voice as well.”

“My favourite description of Stephen is that he is a ‘walking encyclopaedia. For example, when the pupils announced their pieces and the composer at performances, he always added an interesting story about the composer.”

“Stephen has been an excellent mentor for younger teachers. He has always encouraged and supported us when we have wanted to explore new teaching methods in the classroom.”

“As a colleague, Stephen has always challenged us. He was good at throwing out the bait and it was up to us to catch it!.”

“I didn’t think I would enjoy music but not only did I enjoy it, I actually really loved it. It was fascinating getting to hear other people’s opinions on what we were watching or discussing. It brought us all closer and for that, I thank you, Mr Holder. We watched movies that could actually have an impact on our lives, movies that show real problems in the world. They taught me that we should be grateful for what we have.”

The above quotes make one thing very clear: Mr Holder always put the needs of his music pupils first and Kingswood College benefitted immensely and is immensely richer for having had the pleasure of Mr Holder on its staff.

We are thinking and praying for his family during this time.

Term 2 Sports Awards...
At our end of term Assembly yesterday afternoon we handed out our Sports Awards ...
Kingswood girls shin...
This year saw Kingswood return to the Jason Murray U14 Water Polo tournament h...
Senior School Sports...
On Saturday, after months of not being able to gather, support and cheer each ot...
Little Shop of Horro...
Our Senior School recently put on the production of the The Little Shop of Horro...