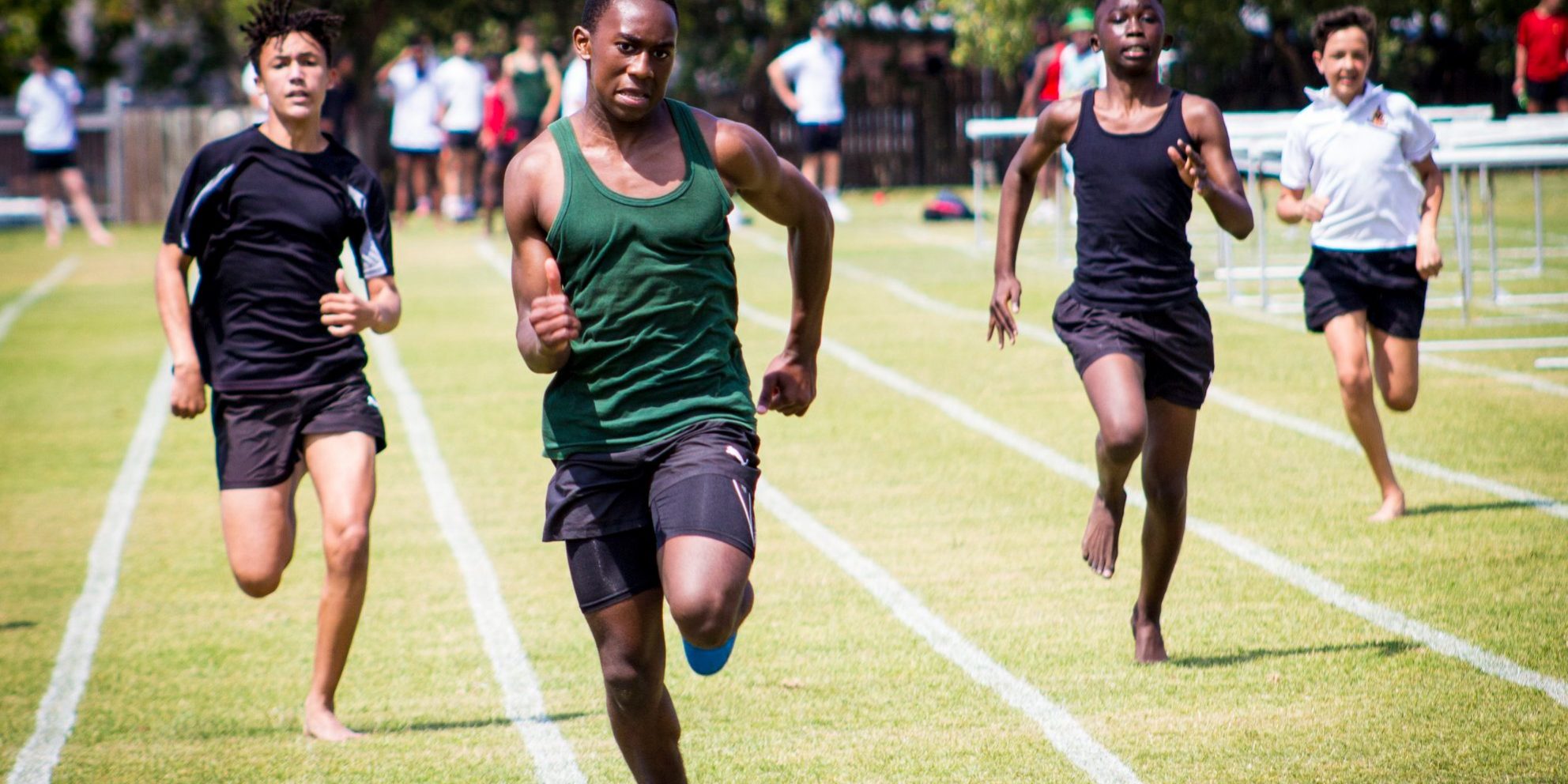 On Saturday, after months of not being able to gather, support and cheer each other on, our Senior Pupils came together for our Annual Athletics Sports Day on Gane Field. It was a wonderful day filled with some outstanding performances by our athletes. Well done to GANE HOUSE on winning the Interhouse Trophy on the day!

The results were as follows:

Well done to Munangi, Tapiwa and Dwayne for their record braking performances

Congratulations Dwayne! Your hard work and dedication has paid off!

WATCH OUT! There is a new athlete to keep your eyes on at Kingswood College…Munangi Kamwendo joined us at Kingswood at the start of this year and he has made quite a mark in the athletic field.

At our Sports Day Munangi broke two records namely the:

He was also named the U14 Boys Victor Ludurom winner – the AT Williamson Cup and was awarded the Mikey Bandey Trophy for Best Performance.  Well done Munangi!

Kingswoodian pupil Tapiwa Zhanda broke the U14 Boys Discus record which was last set in 1993 by T Motshubi at 36:77. Tapiwa now holds the new record at 39:76.

Well done Tapiwa! We hope that next year you will break your record even further…!

We will remember you...
It is with deep sadness that we have had confirmation from Ms. Noma Mrwetyana, t...
U13 Girls Winter Spo...
Our U13A Junior Netball and Hockey girls recently went on a sports tour to Georg...
Tribute: Jeremy Mans...
Radio legend and Old Kingswoodian, Jeremy Mansfield (OK 1981) has died after bat...
Pre-Primary Sports D...
"...If it's not fun, then you are not doing it right!..." Well if the above ...