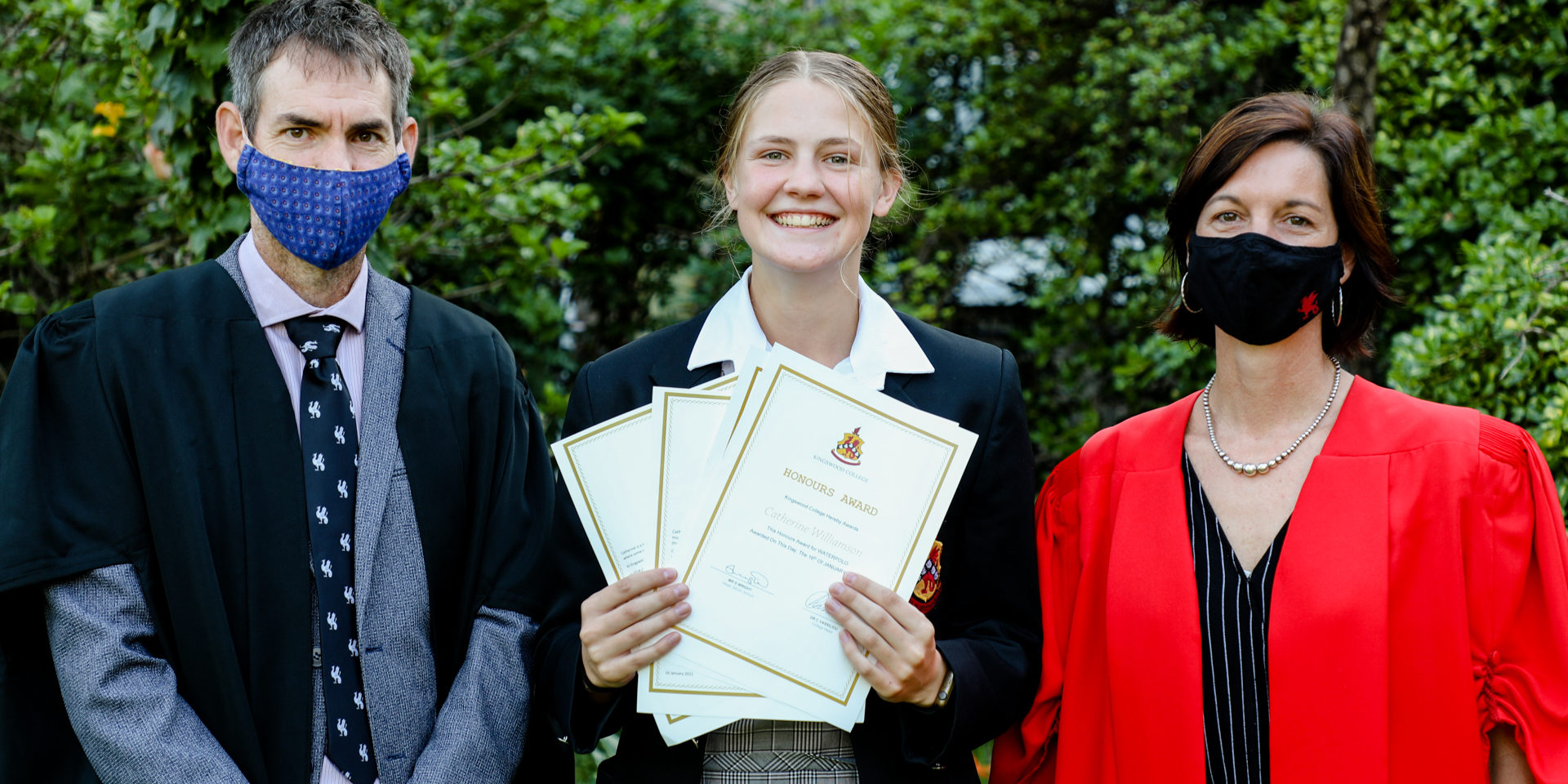 During our assembly this morning we were extremely proud to be able to award two Honours awards certificates to Catherine Williamson for both Swimming and Water Polo.

Catherine is an outstanding athlete across many sporting codes. She has however, dedicated much of her time and effort to water polo where she has been an asset to Kingswood and the Eastern Province.

Catherine has climbed the ranks of Kingswood water polo quickly and, within a year of making her debut for the Girls’ 1st Team, found herself as one of the core players in a strong set up. In addition to her achievements in this team and following multiple years representing the Eastern Province water polo across the different age groups, Catherine was selected as part of the U16 national squad in 2020.

Catherine is a player with flair and has shown great maturity in how she uses this to enable other players around her, which is a great benefit to the team. She is fast in the water and physically strong – being able to use these attributes, along with her excellent ball skills and vision, to take on the strongest of defenders. Catherine is at her best when she is on the move in the pool, receiving the ball and shooting under pressure.

As a member of the 1st Team, Catherine has been instrumental in the team’s success at 2019’s Co-Ed and St Stithians’ Invitational Tournaments the team participated in.

It is therefore with great pleasure that we award Catherine Honours for Water Polo.

Catherine is a talented and dedicated sportswoman that excels across the board. It is in the pool where some of her true talent and hard work have come to the fore.

At Kingswood Championship Gala’s she has obtained the following:

At a provincial level she won two gold and two silver medals at the EP Championship Gala in 2019. She was also the anchor swimmer in the bronze medal performance in the 4 x 50 m mixed relay. She qualified for Junior Nationals where she was ranked 12th for the 200 m Breaststroke and 14th for the 100m breaststroke.

In the 2020 season Catherine was ranked as the top EP breaststroker in her age group. She again qualified for the Junior National Championship which was due to be held in April 2020 but did not take place due to the Covid- 19 pandemic.

Catherine not only has talent but has an outstanding training ethic as well as a very positive attitude to everything she does, all the traits of a very deserved recipient of Honours for Swimming.

It is with pleasure that we award Catherine Honours for Swimming!

A proud day for the ...
40 years ago on Sports Day, Justin (OK 1980) and Michael Wilmot (OK 1983) were a...
Pre-Primary E-Learni...
As we start out on this journey we are very mindful of all the challenges that y...
Academic Awards Asse...
GRADE 8 Headmaster’s Commendation:Abebreseh, NanaBristow, CarlaBrown, TarynD...
Mr James Winstanley ...
We congratulate Mr James Winstanley on his appointment as Assistant Coach to the...