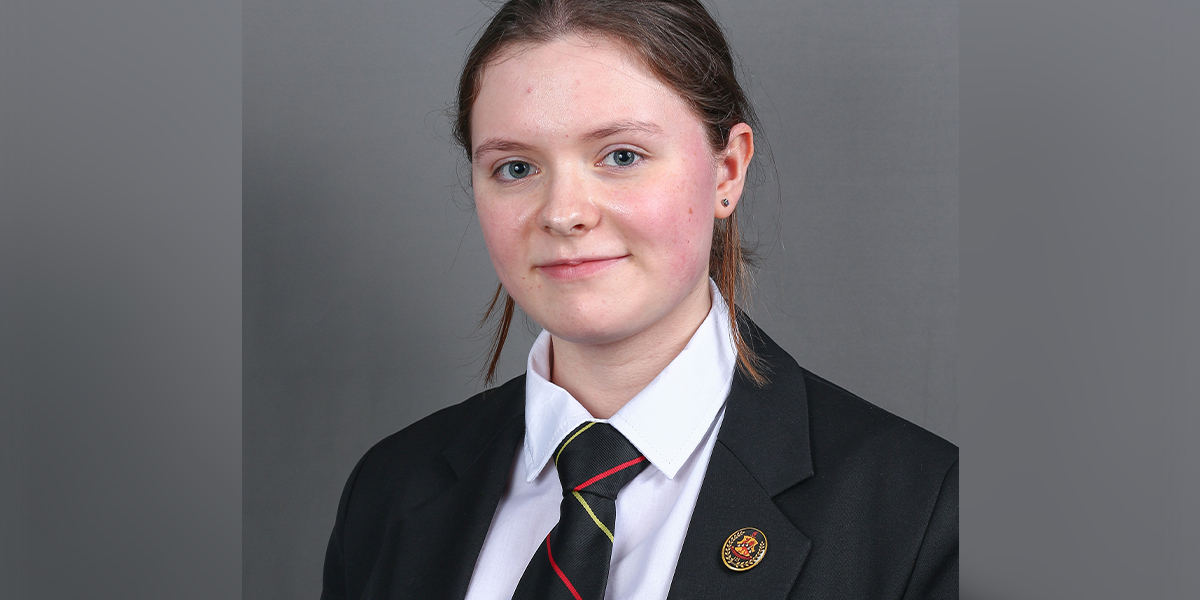 The prizes awarded at Awards Ceremonies that are held each term form part of the formal recognition of pupil achievement at Kingswood College. This award was awarded on the 7th of October 2021 at the Academic Awards Ceremony and reflects the results from the 2021 Second Term.

Academic Honours can only be achieved during the examination terms of Grade 11 and 12 and a total of 580 marks (an 83% mark average) must be achieved. This is a phenomenal achievement and we would like to congratulate Taryn on getting her Honours for Academics.

Taryn is a diligent and committed student who constantly strives to give her best in all she does. She shows critical and independent thinking, often delving to the heart of any information with astute analytical skill and searing insight.  Aside from being a hard worker, she also has the respect of her peers and teachers.

Taryn’s inherent intelligence serves her well in every sphere of her life, while her love of reading and learning empowers her academics on a daily basis.  She manages to balance her logical approach with understated attention to emotional detail that resonates a strong sense of empathetic engagement.

Taryn’s teachers all agree that she is a delight to teach and that her work ethic is unparalleled.  It is especially her ability to work independently that sets Taryn apart.  Taryn is responsible in her approach and takes initiative in her actions.  While she is an independent learner, she never hesitates to assist her peers.  Taryn has an original mind and never compromises on her authentic engagement.

Having fulfilled the requirements, and in acknowledgment of Taryn’s academics, she is awarded Honours for Academics.

First Band Leaders F...
This band has grown and evolved over the years and is very involved in various c...
Honours for Water Po...
Isabella (Izzy) de Bruyn gets Honours Awards for Water Polo. The prizes awarded ...
Steve Gardner honour...
Steve Gardner retired from the Kingswood staff at the end of 2020 having served ...
Junior School E-Lear...
With classes set to resume on Wednesday 29 April, our Kingswood Junior School He...