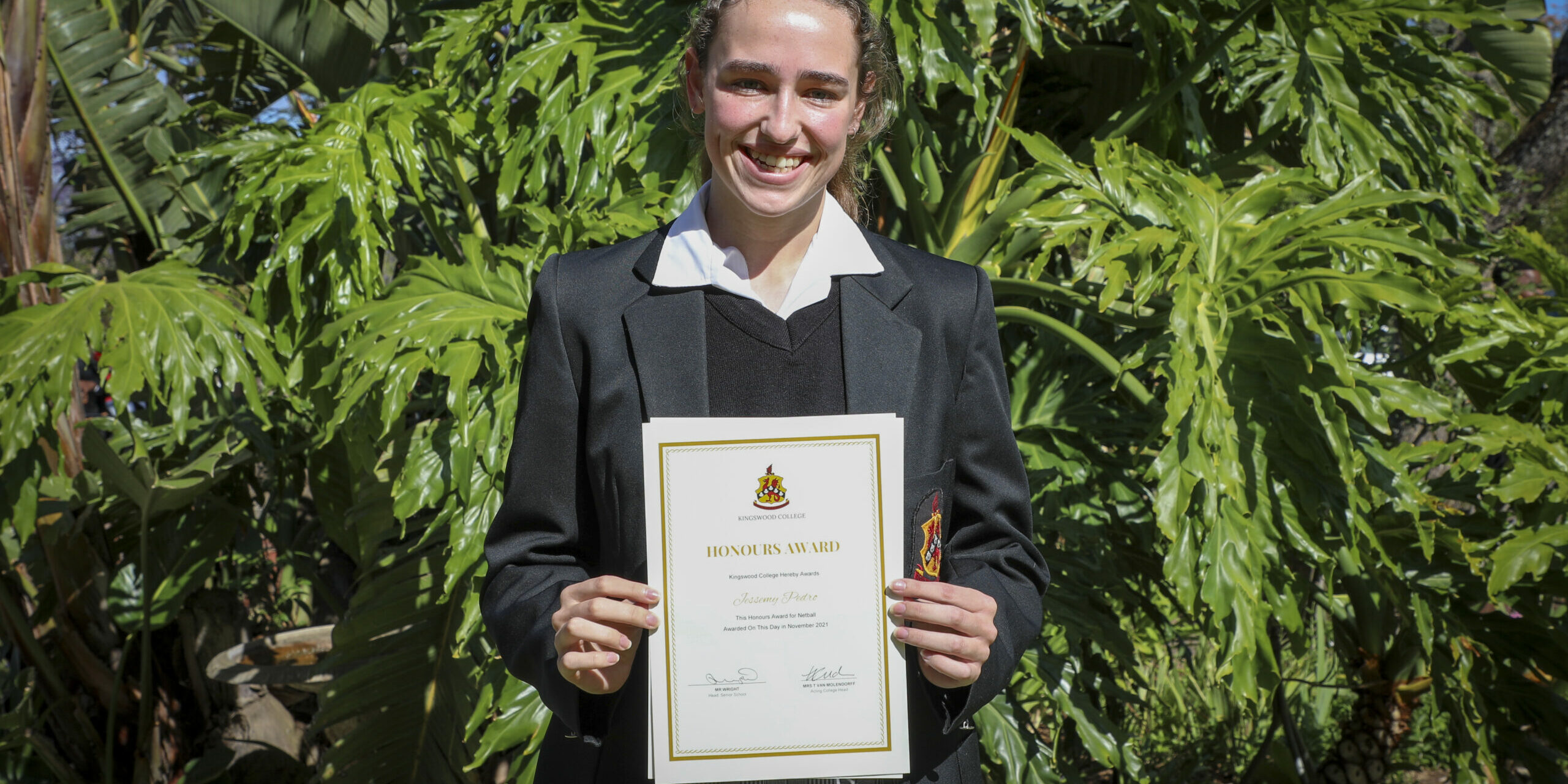 “…Your biggest challenge isn’t someone else. It is the ache in your lungs, the burning in your legs and the voice inside you that yells “can’t”, but you don’t listen to it. You just need to push harder. And then you hear the voice whisper, “can”, and then you discover that the person you thought you were, is no match for the one you really are…”

Jessamy is dedicated, eager to learn, committed and respects her sport, she is a quiet player, but never judge a book by its cover. Her netball skills have improved tremendously because of her hard work at practices and matches. She is an amazing player to coach as she always does what is expected of her. Her ability to play more than three positions is one of the highlights this season. She has contributed so much to the Kingswood netball community.

Her selection for the Eastern Cape team was well deserved as she played an outstanding game of netball on the day of trials. She continued flying the Kingswood flag high at a National tournament in Gauteng.

Congratulations on this award Jessamy!

Athletes participate...
On Friday 14th February 12 of our elite athletes participated at the Sarah Baart...
Third Term Senior Sp...
At the Sports Awards Ceremony on the 16 November 2020, all our sports achievers ...
Educating for a new ...
Kingswood College, while celebrating its rich history of 125 years of excellenc...
2021 Concert Band Le...
Last week Thursday our annual Music Dinner was held at the Wyvern. AT the dinner...