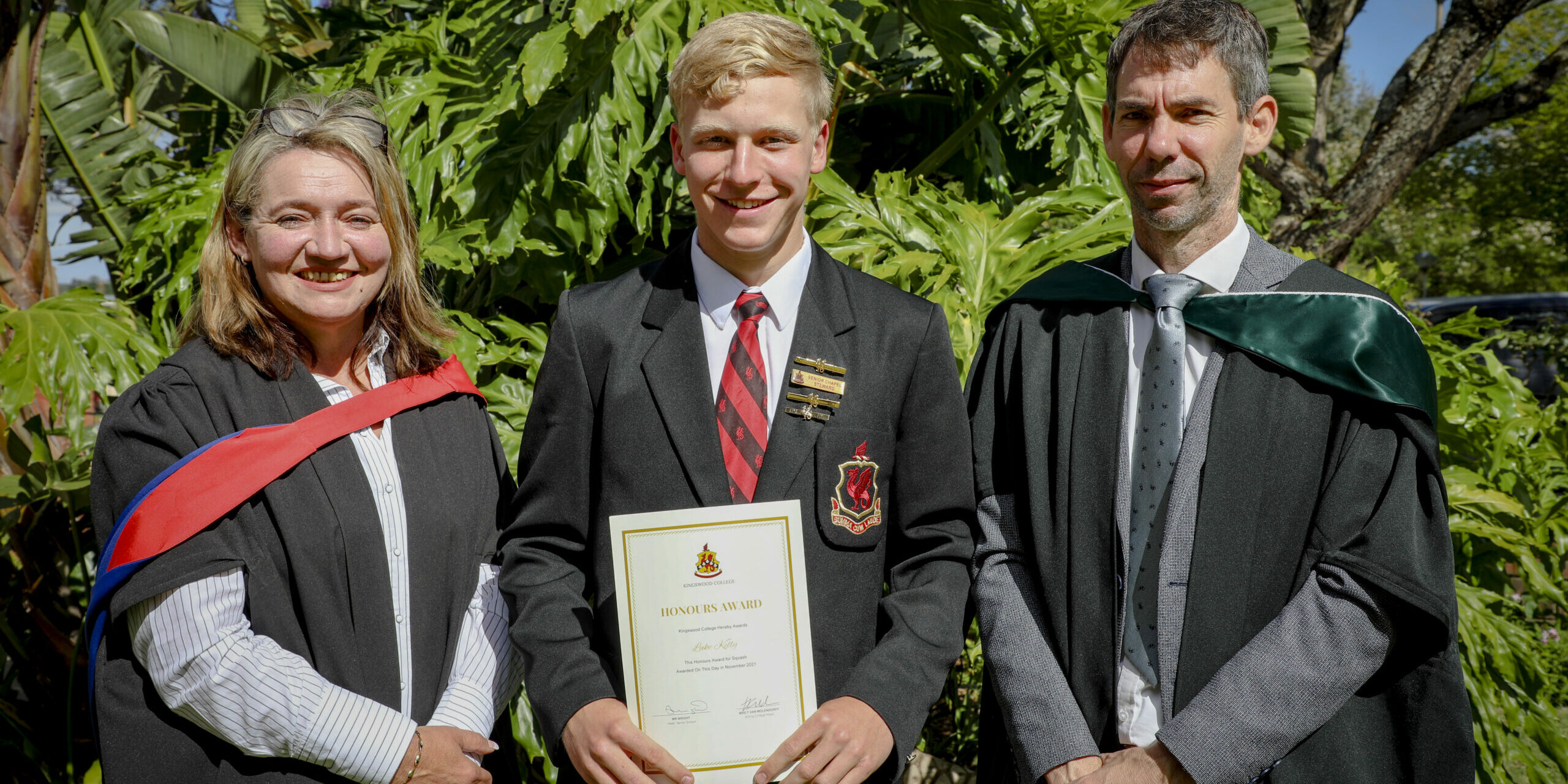 For the last 5 years, Luke Kelly has been an integral part of the Kingswood 1st squash team, having played as the Kingswood number 1 since the end of his Grade 9 year. A prodigious talent, such as Luke’s, does not come around very often. Such is the exceptional nature of his ability on the squash court that he started playing league matches for the 1st team as a Grade 6 and represented the Kingswood 1st team at the Stayers’ Festival all the way back in October of 2017, when he was just a Grade 7, a massive achievement in itself!

If one were to highlight some of the aspects that make Luke’s squash game so good then one would certainly point out his superlative sense of ball control, his agility and speed around the court, and his ineffable ability to wear down his opponents with sheer physicality and mental fortitude. It is though, his grace in defeat and humility in victory, that garners esteem amongst his peers.

In 2018, as an U14, Luke won the Alan Stapleton Tournament and was also selected to represent the South African Junior team as the number 4 seed. Luke has been a prominent player on the national circuit and first represented Eastern Province at U11, going on to be the provincial age division champion for U11, U13, U14.

Unfortunately, due to covid in 2020, there were no provincial trials, but I am sure that he would have added another title to his list of achievements. Most recently, as an U17, he represented Eastern Province in the U19 age division, where he competed as the 2nd seed and was invited to play in the Growthpoint National championships, a high-profile event for the top 8 players in the country.

Luke has more than 100 caps for Kingswood. This is an impressive number but perhaps more so when you consider that he is still in Grade 11 and that we have not played any league matches and missed a raft of festivals in the last two years. Such was Luke’s dominance at number 1, that at the only festival that Kingswood was able to attend this year not only did he win all his matches, but he didn’t even drop a set.

Mr. Roger Bills, the Kingswood 1st team coach had this to say about him:

“Luke has achieved top national level status in squash this year. This is the result of years of hard work and serious practice. Luke is to be commended for his work ethic of sustained hard work. He is a role model for all sportsmen and women at Kingswood. Very well done.”

As the great Michael Jordan once said, “Some people want it to happen, some wish it would happen, others make it happen”. Luke has certainly made it happen and been a fine ambassador for the game of squash in the process, embodying the humility, commitment, determination, and sportsmanship that every Kingswoodian should aspire to. It therefore gives me great pleasure to award Luke Kelly with Honours for Squash.

Women’s Month Series...
August is Women's Month and what better way to truly celebrate it than by touchi...
Neil Aggett Memorial...
On Thursday morning, 12 March 2020, the annual Neil Aggett Memorial Lecture was ...
Giving the gift of r...
As part of our 125 days of doing something differently, we had our "Donate a Bo...
Honours for Rugby - ...
Stanley Muranganwa receives an Honours Award for Rugby. The prizes awarded at Aw...