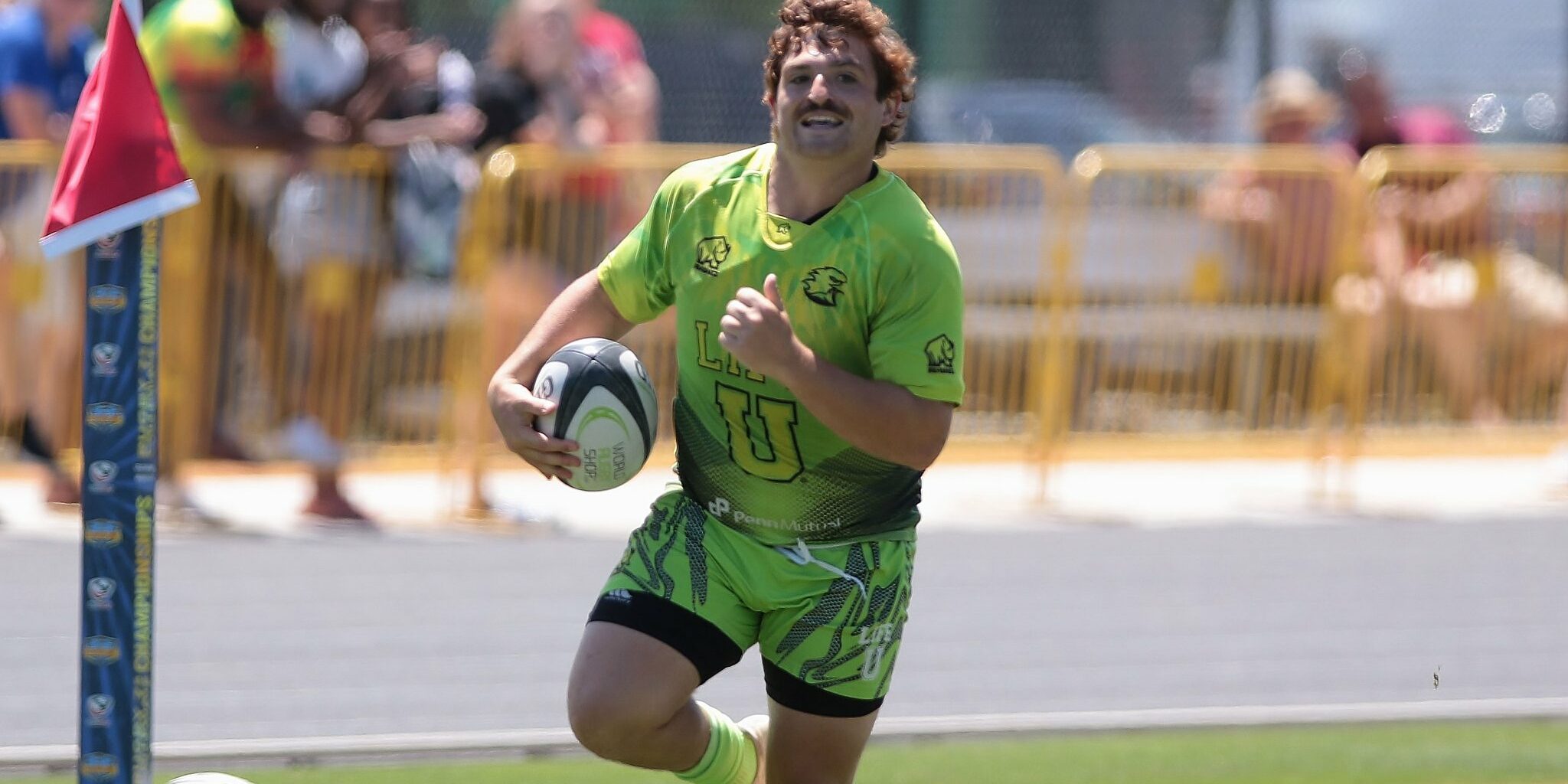 Earlier this week we published a post about Old Kingswoodian Duncan Krige’s (2019) participation in this prestigious event as a team member of the defending champions,  Lindenwood University.

Well little did we know that another two OKs would also participate with great success in this tournament. Pierre “Noodle” Wansbury (2017) was a member of the Life University Running Eagles team that were the champions after defeating Lindenwood University in an epic final that went into extra time by 24 points to 19.

Who would have thought that two OKs would be in opposing teams at this prestigious tournament decider being played across the Atlantic in USA.

It does not end there – Charlie Purdon (OK 2008), who played professional rugby in San Diego for many years before moving to coaching, was the head coach of the San Diego University team who were the winners of the Red section of this tournament.

R7CC will follow the Olympic format of seven players per side and seven minutes per half, showcasing the high scoring and fast-paced nature of the sport. Men’s and women’s teams will make up the tournament fields, whose champions will be crowned following an electrifying slate of more than 100 matches over two days.

In addition to highlighting the best collegiate clubs playing on American pitches today, R7CC will simultaneously act as an entertainment destination for all, treating its 15,000+ visitors to a two day festival that celebrates all things rugby, as well as the best artisans, food, drink, and music the greater Atlanta area has to offer.

Summer Term 2021 Fou...
The Summer Term of 2021 is over and while Covid remains, it was heart-warming to...
Tribute to Gordon To...
Gordon Stewart Todd was Headmaster at Kingswood from 1980 - August 1986. In the ...
Kingswood Golf Day 2...
The annual Kingswood Golf Day got off to a rather nervous start following the Pr...
Dr Trevor Davies (OK...
Dr Trevor Davies (OK 1982) and Dr Jingjong Chung launch Foundation in honour of ...