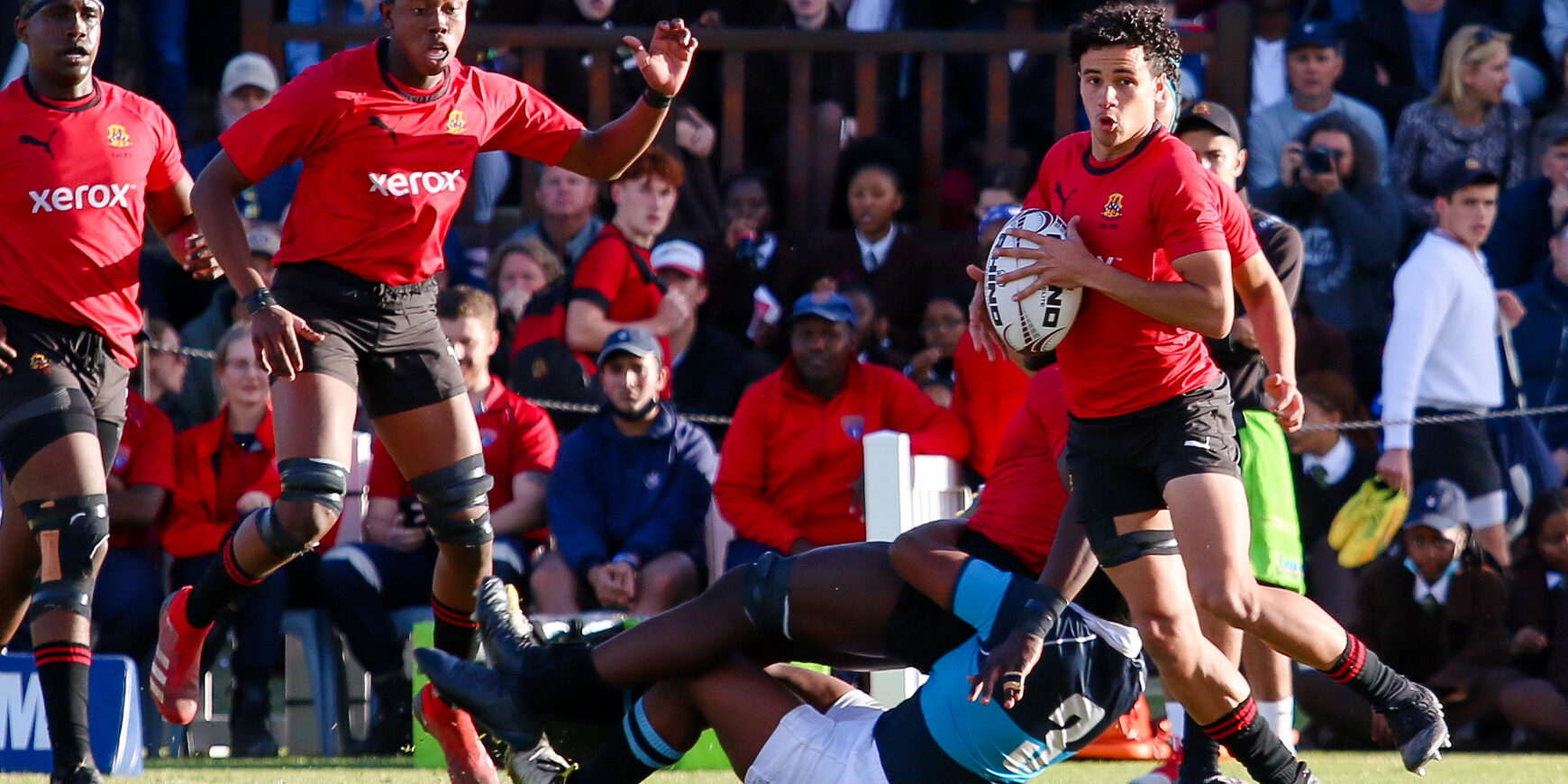 The anticipated hype around the K-Day fixture was played out in front of a packed audience on Saturday.

Both teams gave their all from the very start in a brutally intense encounter.

St Andrew’s opted to play with the wind in the first half however it was Kingswood that dominated the opening exchanges having been held up over the line on two consecutive occasions.

The St Andrew’s defense was outstanding throughout the half and ensured that our boys were unable to breach. Kingswood were forced to defend as the period was coming to an end and the first points were registered by the hosts on 32 minutes with a well worked try in the corner which was converted.

The momentum shifted entirely to the hosts as they followed up with a second try on half time to lead 12-3 at the interval.

Kingswood responded immediately after half time, a missed penalty was followed by a converted penalty to reduce the score to 12-3.

Subsequent visits to the 22m area went unconverted by Kingswood handling errors and the outstanding defense from St Andrew’s unrelenting throughout the contest. The inability to convert pressure was telling as the clock wound down with St Andrew’s getting field position and scoring a third try on the last play of the game to win deservingly 20-3.

Credit must go to the hosts for a near flawless performance as we too are proud of the effort from our boys that was worthy of the occasion.

Megan Fletcher Award...
The Neil & Faith Collett Cup was awarded at the Gr 7 leavers’ dinner held at the...
Second Term In Revie...
Now, more than ever, we realise that online teaching can never fully replace fac...
Kingswood Hockey vs ...
Kingswood girls hockey travelled to Queenstown to play against QGHS in what was...
[VIDEO] Junior Sundo...
A number of our Junior School musicians played in the Sundowner Concert held on ...