Kingswood U16 Tennis Tour to the heart of the Karoo

Home > Kingswood U16 Tennis Tour to the heart of the Karoo
Categories: NEWS, SPORTSeptember 8, 2022 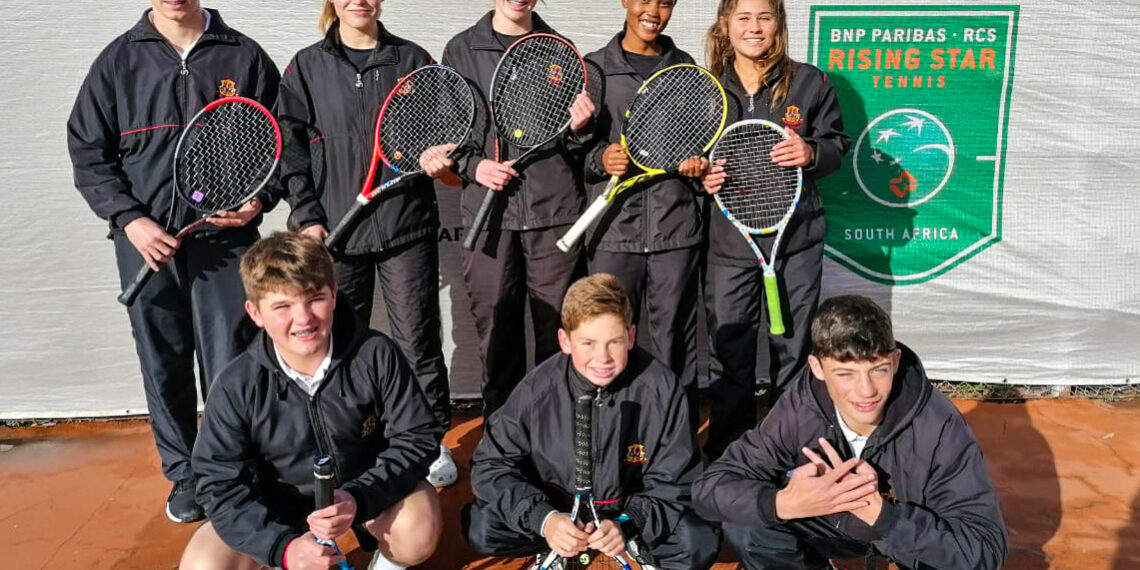 Over the past weekend, 2 – 4 September , eight of our U16 Kingswood tennis players participated in two tennis tournaments in the heart of the Karoo.

The first stop on the tour was the Wasserman Tournament hosted in Middelburg by Middelburg High School. The format of the tournament was very interesting as it was a round-robin affair where players played a doubles and mixed-doubles match against each school consisting of the best-out-of-8 games. The number of games are then tallied to see which school wins each round. The tournament winner is also calculated by tallying each school’s total number of games from all of the fixtures played. It truly becomes a team performance in order to do well as a school.

On Friday, our team started off in grand fashion with a comprehensive win against Cradock winning the round with a total of 38 games to 26. The fixtures then became more equally matched with two close wins in the next two rounds against Union and Framesby where both were won by 33 games to 31. On Saturday, the competitiveness between the teams continued leading to two near losses against Burgersdorp and Middelburg High School, going down 30 games to 34 in each instance.

It was a wonderful experience which the players truly enjoyed. Apart from ending in 4th position on the log, the players had a chance to bond, and even danced a bit at the ‘sokkie’ on Friday night.

Madison Edwards was also awarded with the top Girls tennis player in the A-League of the tournament.

On Sunday we travelled to Graaff-Reinet where our boys and girls participated separately in the Tennis South Africa Rising Star District tournament. Each 4-member team played a round robin consisting of three matches against each participant with two players playing singles and the other two players playing doubles.

Our boys faced Union, Volkskool, St Andrew’s College and Nico Malan, and performed admirably, but the competition was fierce. Our boys played some outstanding tennis but failed to qualify for the provincial section of the tournament.

Our girls had a magnificent tournament and faced Union, Nico Malan and Volkskool, beating the opposition in all of their fixtures and earning bragging rights as the winners of the Sarah Baartman district Rising Star tournament. As a result, the girls progress to the provincial tournament in East London taking place from 1 – 2 October. The girls only dropped a single match in the entire tournament which is very impressive. A massive congratulations to the girls for an outstanding performance.

After a weekend filled with tennis, the teams returned ready for more action during the term. Our players can be commended on their efforts.

Women’s Month Series...
KC Women's Month Series #7: Dr Alet van der Westhuysen is currently undertaking ...
Kingswood equestrian...
Huge congratulations to Jani Muller who recently represented the Eastern Cape a...
#Wellnesswednesday: ...
Lack of sleep has a huge effect on your day and how people experience you. Find ...
Kingswood Tennis pla...
A number of our tennis players traveled to Merrifield in East London this past ...