Kingswood Anglers get together in Kleinemonde 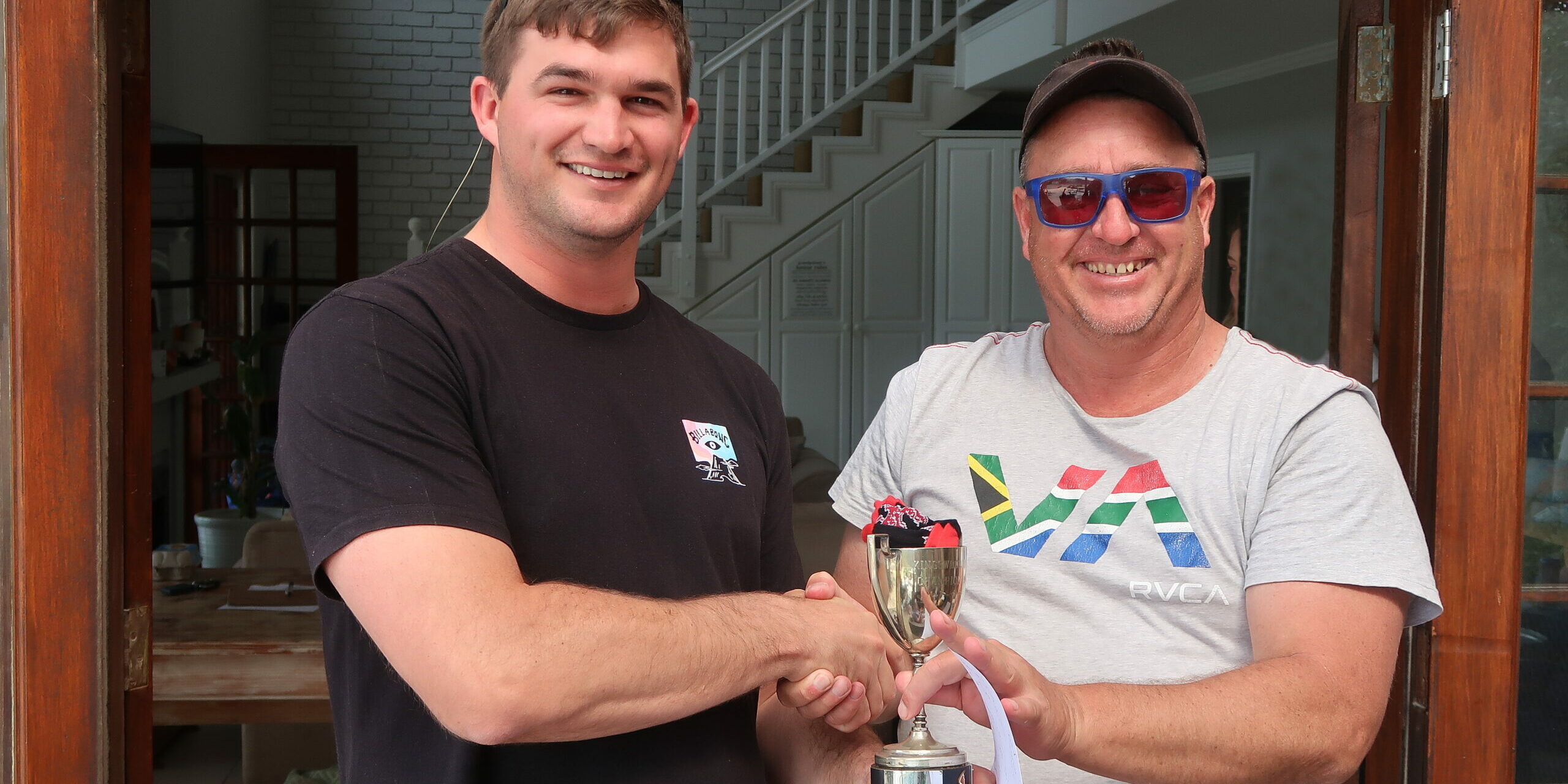 Last weekend, OKs, parents, pupils, staff and friends got together for a few days of fishing. Despite the tough conditions, the weekend was a great success.

This annual event took place at Kleinemonde on 24 – 25 September 2022. About 20 keen rock and surf fisherman consisting of OKs, parents, pupils, staff and friends converged on this popular destination to challenge for the coveted Kingswoodian Club Champion Angler trophy donated by the Kneen family. Each one brought with them their secret potions and baits that would lure the unsuspecting sea dwellers to fall for these tasty titbits. It was with much anticipation that the participants met in the Kleinemonde East parking lot to be briefed with all the rules by Josh Timm who himself is close to being awarded national colours for fishing. It was recommended that the practice of catch and release was adhered to. Lines in was at 07h00 so in a flash the anglers all dispersed to their favourite spot along this coastline.  Unfortunately, the east wind blew strongly all day, but that grim Kingswood determination ensured that most anglers gutsed it out until the closing time at 16h00. The weary troops, who were not very successful judged by their lofty standards, then all met to watch the rugby test followed by a sumptuous braai before turning in for the night. The highlight of the evening being the fishing and KC stories regaled by none other than Greg Timm.

Sunday morning dawned finding our determined bunch eager to do a better job than the previous day so off they went once again filled with enthusiasm. Weather conditions were somewhat better, catches picked up a bit and all too soon it was time for the weigh-in at 12h00. Numerous prizes were up for grabs thanks to our generous sponsors who we need to give a big vote of thanks for their support particularly Rowan Stretton (1 lamb), John Tarr, OK Club, Willes Tackle Shop and Port Alfred Butchery.

Our congratulations to Greg Timm (OK 1996) on being awarded to Champion Angler trophy. Greg is an accomplished fisherman having gained national selection a few years ago. He is looking forward to defending his title next year.

Our thanks must go out to Josh Timm and Garth Bradfield for putting so much time and effort into organizing this event. The attention to detail was impeccable allowing for the smooth running of this event. We would also like to extend a big word of thanks to Warren and Candice Henry for allowing us to use their home as a base for the weekend. This was the perfect venue and it certainly added to the enjoyment of this event. Your generosity is greatly appreciated.

There was another twist to this event. After the prize giving had been concluded, Garth Bradfield took his young son Evan (10 years old) to fish in the Kleinemonde West lagoon. Evan had spent two days waiting patiently for his opportunity while Garth was fishing. His first cast hooked an 11,5 kg cob that he fought for 50 min before landing! Had he been in the competition he would have been the champion fisherman! Look out Greg Timm you may have to beat this young lad next year to retain your trophy!