Cricket Legacy Lives on at Kingswood Through Peter Slatem Trophy 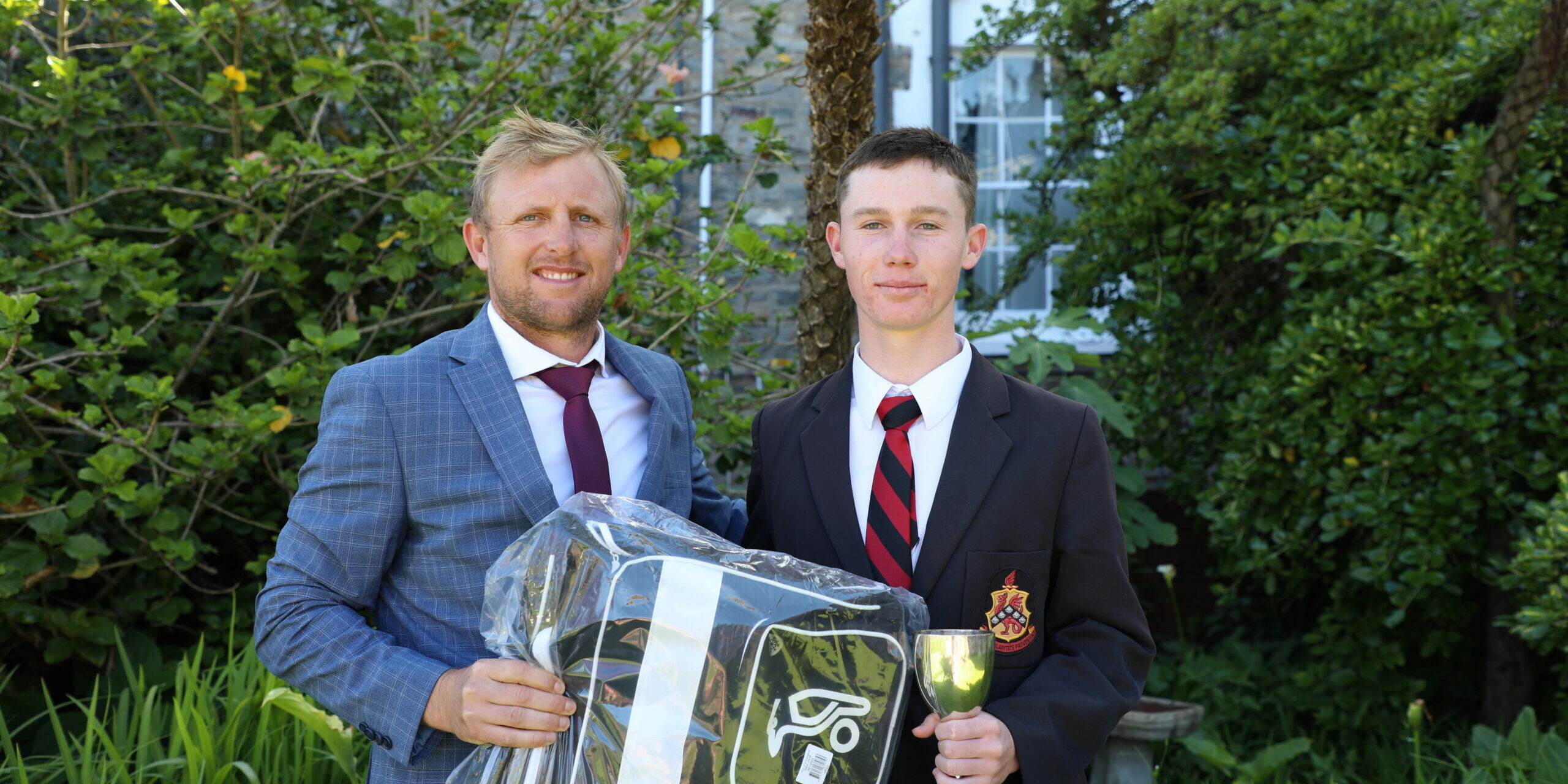 “This award was established in memory of Alumnus Peter J Slatem (OK 1974) by his fellow class members and friends and is intended to honour cricketers like Peter, who provided those intangible qualities of fun, sportsmanship and enthusiasm that glue the team together.”

On Monday the 21st of November Kingswood held its Sports Awards Assembly for the Third Term and there were a number of sports awards across sporting disciplines made. Notable among these, was the awarding of the Peter Slatem Trophy a newly The Peter Slatem Trophy is an endowed prize, awarded annually for the Kingswood Second XI cricket team member who brings the most energy, fun and enthusiasm to the team, both on and off the field, during the season.

The Peter Slatem Trophy was first established around the year 2000 in memory of Peter J Slatem (OK 1974) by a group of his fellow classmates following his untimely death. The trophy, awarded to a Kingswood Second XI player each year, is intended to honour cricketers like Peter, who provided those intangible qualities of fun, sportsmanship and enthusiasm that glue the team together.

Wind the clocks forward to 2022, we thank Grant Muller (OK 1974) who moved to replenish the original fund that was gathered, in honour of his late friend. Through his giving, Grant has helped in establishing a permanently endowed prize to award all future recipients of the Peter Slatem Trophy at Kingswood College a prize to the value of R1000.

It is an honour to have the opportunity to remember and celebrate the life of an Old Kingswoodian in such a real way through the lives of the pupils at Kingswood. Thank you Grant.

The 2022 recipient of the award, as voted by his peers, is Mathew Knott. Kingswood’s Head of Cricket Mr Andew Birch had the following to say regarding the award: “Mathew showed excellent energy, fun and enthusiasm both on and off the field while representing the 2nd XI Cricket team in 2022. As Captain, he also led the team superbly throughout the season, always leading from the front. For his efforts this season, Kingswood is proud to award the Peter Slatem Trophy to Mathew Knott.”

Michael Wilmot (OK 1...
Congratulations to Michael Wilmot (OK 1980) for being awarded the Pam Golding Pr...
OKs unite in Johanne...
The annual Kingswood Golf Day in Johannesburg was back with a bang on Friday las...
2022 OK Club Tie Pre...
The Old Kingswoodian Club welcomed the Class of 2022 as new members by presentin...
Allan Keartland (OK ...
Allan Keartland (OK 1950) visited Kingswood during the recently held parents’ we...