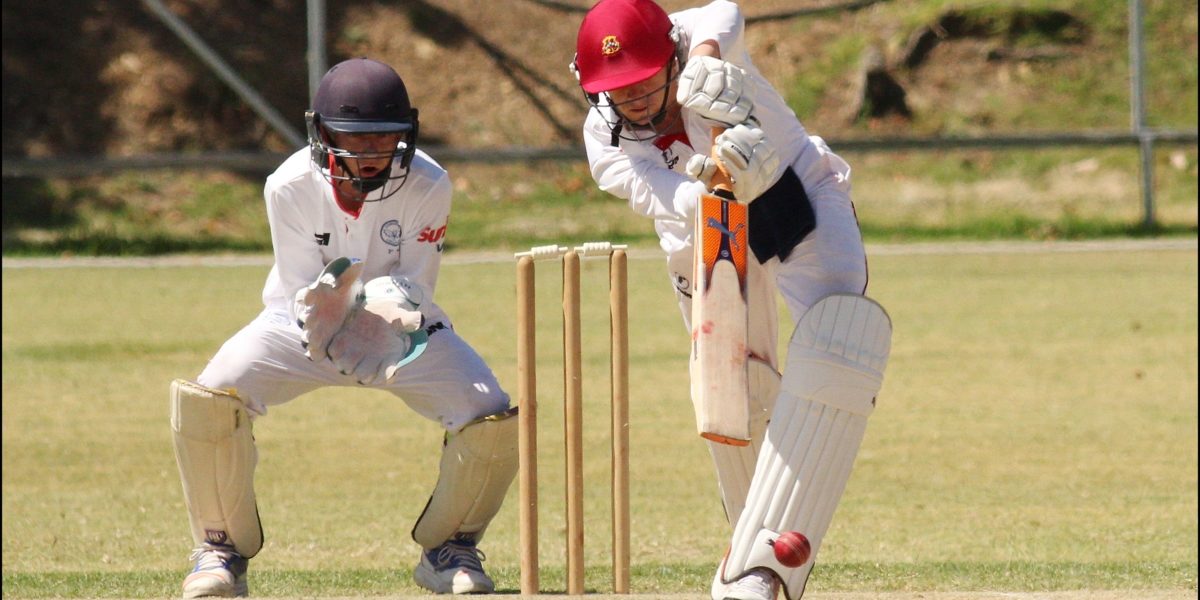 On day 1, Kingswood hosted St Alban’s College on Gane field in a declaration match. St Alban’s won the toss and sent Kingswood into bat in bowler friendly conditions. Kingswood were soon in trouble losing their first wicket with the total on seven.

With the pitch offering the St Alban’s seamers plenty of assistance, the Kingswood batters were under pressure throughout and found themselves in serious trouble at 49/7. Thanks to a fighting innings from Matthew Pritchard (33), Kingswood were finally dismissed with the total on 100.

Kingswood lost the match by 5 wickets.

On the second day of the festival, Kingswood hosted St Andrew’s School from Bloemfontein. Kingswood won the toss and had no hesitation in bowling first. The bowlers, assisted by the surface, bowled superbly and were relentless with their line and length. Aidan Meyer bowled with unbelievable control for his 4/24 in 16 overs and he was well supported by Caleb Daniels (2/25). St Andrew’s were bowled out for 116.

In reply Kingswood got off to a decent start reaching 30 before losing two quick wickets. Liam O Sullivan (46 not out) and Aidan Meyer (35 not out) then batted with great maturity in a partnership of 87 runs for the 3rd wicket which saw Kingswood win by eight wickets.

On the final day of the festival, Kingswood hosted Somerset College. Kingswood won the toss again and had no hesitation in bowling first. Somerset were under pressure throughout their innings thanks to some outstanding fast bowling from Caleb Daniels who picked up 6/14. Daniels bowled with incredible control on a surface that offered something for the seamers. Somerset were bowled out for 116.

In reply, Kingswood were made to work hard in tough batting conditions. Kingswood lost 4 wickets in pursuit of the 116 runs required for victory. Cameron Lombaard was the mainstay of the Kingswood innings finishing on 34 not out. He was well supported by Liam O Sullivan (33) and Caleb Daniels (23 not out). Kingswood won by 6 wickets.

An amazing start to our 125 celebrations!

Women’s Month Series...
KC Women's Month Series: “…as much as you can plan your life and have various c...
Academic Honours Cit...
To Qualify for Academic Honours, one must achieve a total of 580 marks (an 83% m...
Kingswood 1st XV vs ...
The anticipated hype around the K-Day fixture was played out in front of a packe...
Music Awards based o...
On Monday we presented a number of our pupils with music awards for various dis...