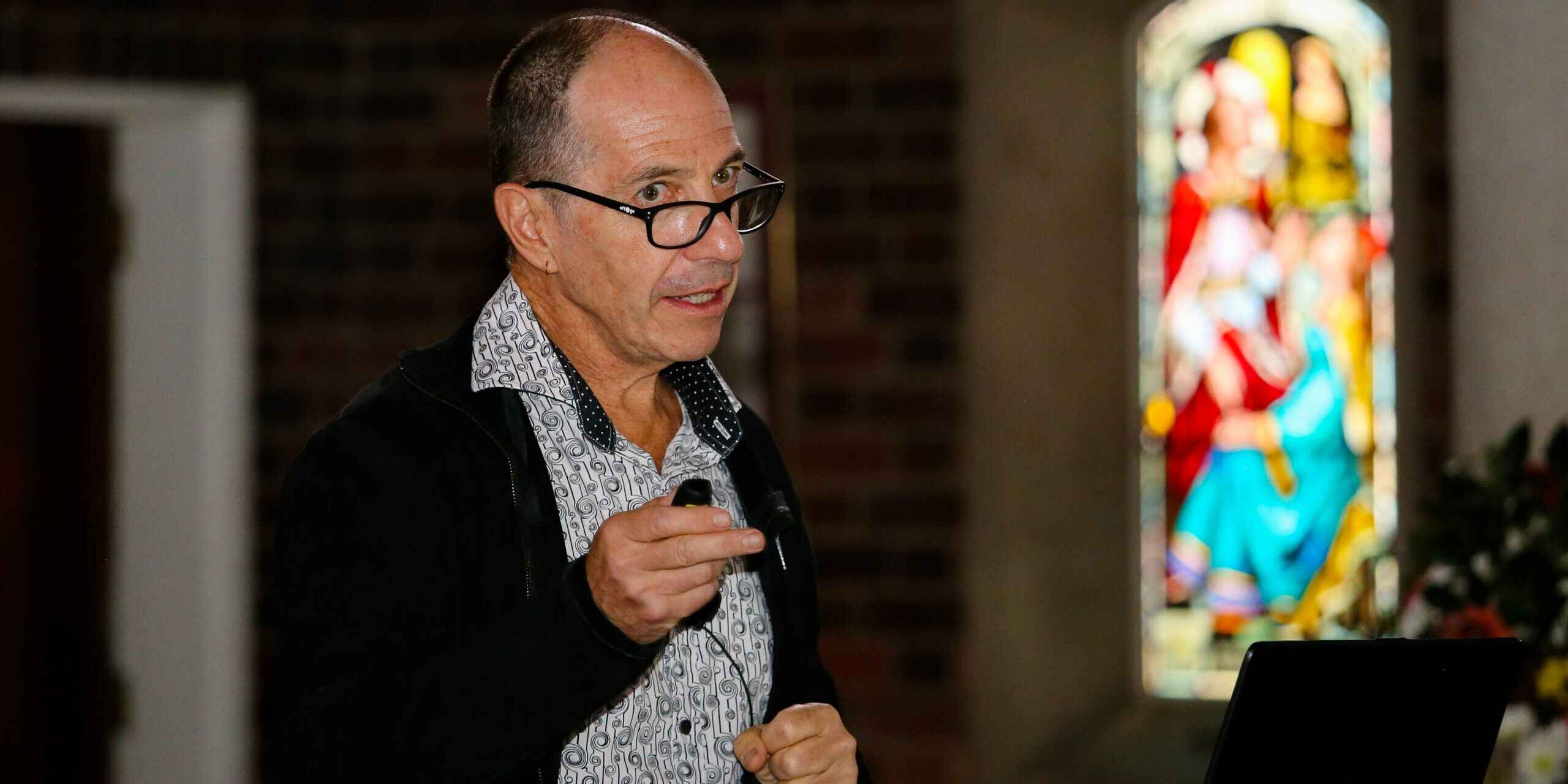 On Tuesday afternoon, 15 March 2022, the annual Neil Aggett Memorial Lecture was delivered at Kingswood College. The lecture takes place each year to celebrate the life of Dr Neil Aggett and is held to honour his legacy.

In a world where there are so many social injustices that take place every day, it is important that we continue to celebrate the life of Neil Aggett as he advocated for those who found themselves at the receiving end of social injustices.

This year we are lucky enough to have our speaker join us at Kingswood College again to deliver their speech in person. Our speaker for 2022 was Zapiro, well-know political satirist.

His career began in the late 1980s and is today recognised nationally and internationally as an influential social commentator through his political cartooning. He works as the editorial cartoonist for Daily Maverick.

Zapiro urged our pupils to advance social justice and to work towards providing spaces which encourage inclusion of all citizens regardless of race, gender or socio-economic standing. It is here where the legacy of Neil Aggett and people like him live on.

Aggett attended Kingswood College from 1964-1970. He graduated as a medical doctor from the University of Cape Town and went on to work in a hospital in the Transkei and later at Baragwanath Hospital. He was deeply concerned with the hardships endured by black South Africans under the Apartheid regime and left his medical career to become involved in the black trade union movement. In late 1981 he was detained for “interrogation” by the Security Police and was found hanging in his cell at John Vorster Square in February 1982.

The prestigious Neil Aggett award was founded by members of his Class of 1970 to foster a spirit of “individual service above self” in young men and women of Kingswood College. It pays tribute to the recipient’s true commitment to a wider social responsibility within the College, as well as to the greater community of Makhanda (Grahamstown) and South Africa.

The recipient of this year’s award was Kayleigh Smith. When questioned regarding what she feels strongly about, Kayleigh points out that there are many in South Africa who through no fault of their own, are struggling to make ends meet, to feed themselves, or to find a job. Her heart and her Christian convictions have led her into actions that might alleviate the poverty she sees around her. The Neil Aggett Award will hopefully serve as the first step to a life that understands and makes a deep impact on the social injustices in our country, no matter the cost.

Congratulations Kayleigh and thank you to Zapiro for joining us as our speaker for 2022.

The recipient of this year’s award is Kayleigh Smith in recognition of her dedication to serving those around her, especially those who are less fortunate.

Grade 4 "critter" wa...
Our Grade 4s went on an adventurous "critter" walkabout 10km's outside of Graham...
Kingswood hosts annu...
A challenge of our senses to raise awareness for those with no (or a limited) se...
Academic Honours - H...
Henning is a diligent young man who shows great tenacity towards his studies. &...
Academic Awards Asse...
GRADE 8 Headmaster’s Commendation:Abebreseh, NanaBristow, CarlaBrown, TarynD...