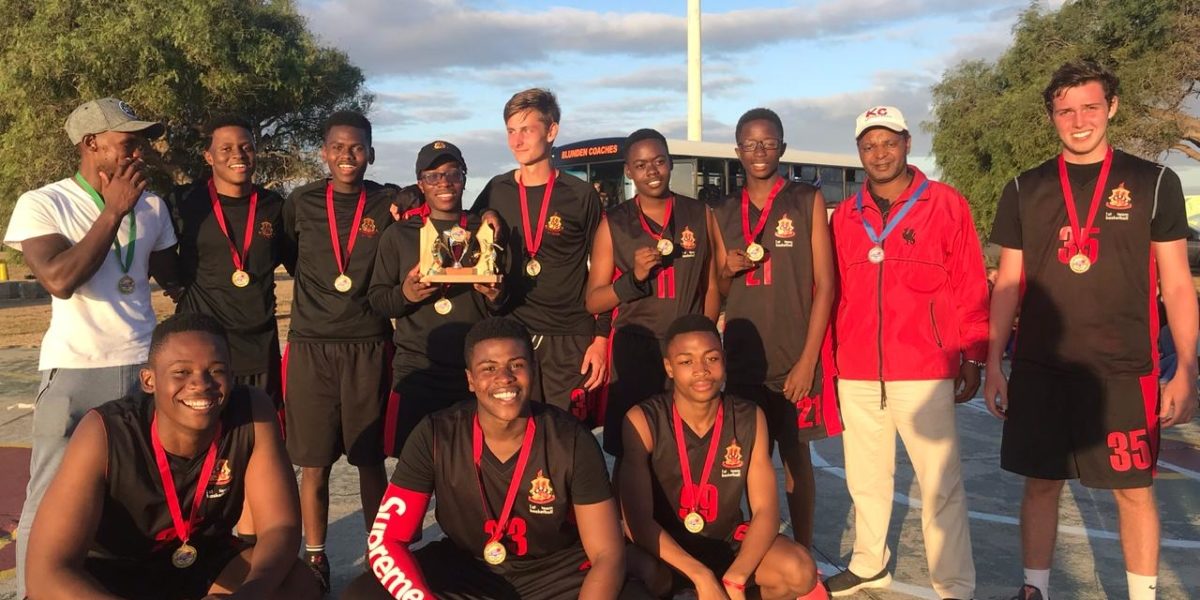 Our U18 boys and girls teams participated in the 6th PE Comets annual Basketball Tournament in PE on Saturday.

The competition was attended by eight teams from five schools and one club. Kingswood won two of their group matches, and lost one narowly (14-15 to Grey 1st team) and in so doing qualified for the semi-finals.

In the semi-finals they won 14 – 10 against Grey 2nd team to book a final against Grey 1st team. They won 23-19 in the final to claim the gold medal and scoop most of the individual awards.

Individual awards went to: Bandile Kunene, Chiti Mutale and Ethan Yates who all made the boys U18 All Stars team while Lukka Rozza was crowned the Most Valuable Player. Mwaka Machila also made the girls All Stars team.

Our girls’ team surrendered the pole position which they had held for 4 years 2015 – 2018 in succession to DSG this year. The boy’s team had also previously won the tournament in 2015.

[Video] Shaping char...
Mrs Carissa Wilson, our Deputy Head in the Junior School shared a special messag...
Launch of Cricket De...
In a move designed to bring the sport of cricket to as many young learners as po...
Honours for Rugby -L...
Lethu Gwarube receives an Honours Award for Rugby. The prizes awarded at Awards ...
Honours for Tennis- ...
Jenna Wright gets Honours Awards for Tennis. The prizes awarded at Awards Ceremo...