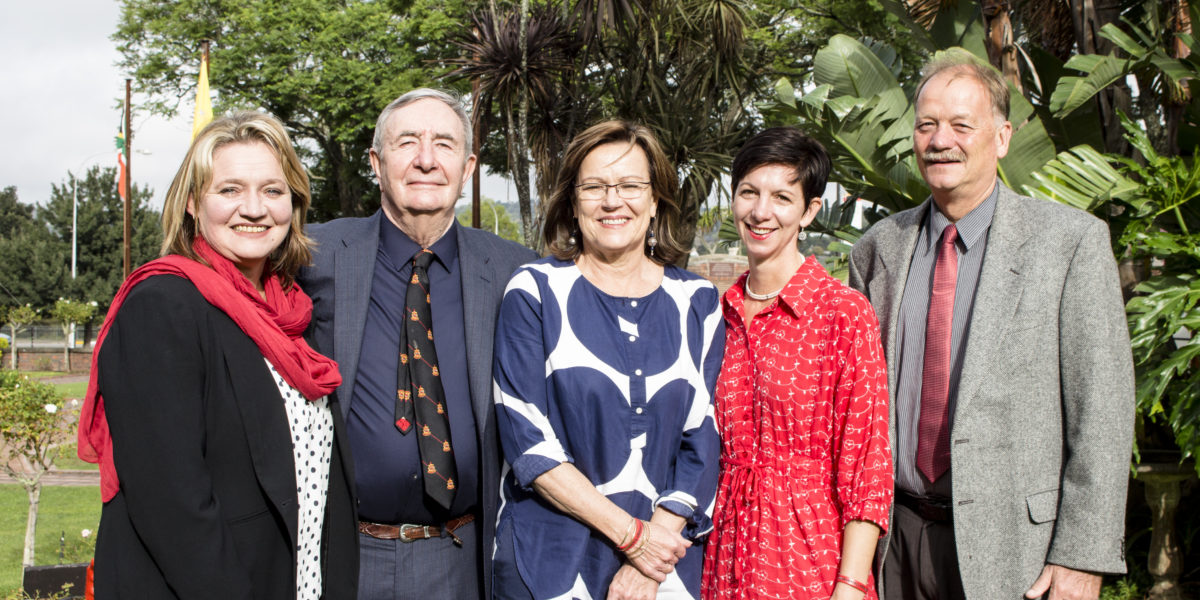 Raised in Broken Hill (now Kabwe) in Zambia, Dr Peter Collett will have spent many days on trains travelling to and from Central Africa.

Matriculating from Kingswood in 1963, Dr Collett not only gained a first class matric but was also Sword of Honour in the Cadets, gained Honours for Rugby and was a Drum Masters Honours. He was also a prefect in Intermediate House. On leaving Kingswood he gained degrees from both Natal and Cape Town Universities before attaining his doctorate at Oxford.

Peter is a psychologist and former Oxford don.

For many years he was a member of staff at the Department of Experimental Psychology at Oxford where his research interests covered a broad range of topics which includes the study of body language.

Based on his work Peter has become a leading expert on study of body language to a point where he has made numerous appearances on national television in the United Kingdom. His award winning, two part series on Channel 4 gained him much public and media acclaim. UK newspapers described his work as “compelling” (Sunday Telegraph) and “brilliant” (Mail on Sunday). On the back of this success Peter has been used extensively to study the body language of national figures including politicians, sportsmen and women and the Royal family. He was also a co-presenter of an eight part Sky series on body language in 2010.

Not only does Peter use the medium of television to share his expertise but he has been the author of a number of books.

Understandably, Dr Collett is a much sought after speaker and he has made presentations to a wide range of global audiences and organisations where he has been acknowledged for his ground-breaking work. If this were not enough, Dr Collett continues to do extensive research in the fields of communication and marketing. As a consultant he advises a number of large multinational organisations such as Barclays and HSBC banks, Unilever and BskyB.

Eastern Cape Water P...
Calling all u12 - u16 girls and boys it's time to take your water polo game to t...
26 Years of Kingswoo...
Today we celebrate Mrs Elmarie Retief, the College Head’s PA, as part of our “Ge...
Kingswood College ho...
It has been an exhilarating weekend of Tennis at Kingswood College as the 2019...
2021 OK Club Tie Pre...
Our Matric class of 2021 were given their Old Kingswoodian Ties and welcomed int...