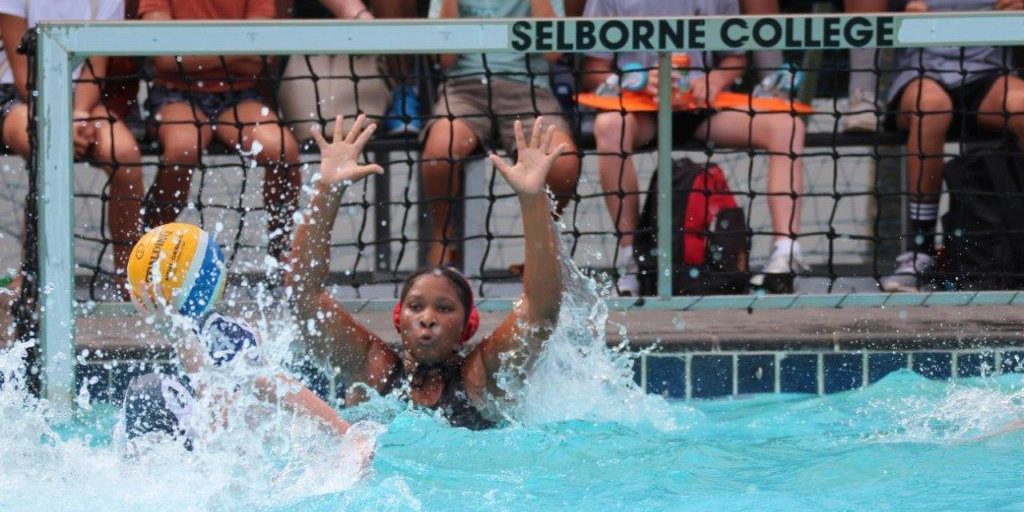 This year saw Kingswood return to the Jason Murray U14 Water Polo tournament hosted by Selborne College in East London. This is a popular event on the u14 Water Polo circuit, particularly in and around the Eastern Cape.

Kingswood once again entered teams into both the boys’ and girls’ sections, and both teams were a credit to their school in so many ways!

It was the Kingswood girls’ team though who impressed from the onset with a convincing 3–1 win against Collegiate! Kingswood then went on to beat the Clarendon B and Stirling sides to eventually top their pool! This signalled their progression to the play-off stages where they came up against Merrifield who they ended up beating 10-0 in commanding fashion!

In the semi-finals, Kingswood came up against DSG, their rivals from back in Grahamstown. From start to finish Kingswood seemed to be in total control and eventually were the victors with a score-line of 3-1.

This meant that the Kingswood team found themselves in the finals of the Jason Murray Tournament against a formidable Clarendon team. After giving away two soft goals in the first few minutes, Kingswood then staged a tenacious and spirited comeback to bring the score to 2-3 down going into the last chukka. However, Clarendon managed to score again to take the match out of Kingswood’s reach, winning 4-2.

Despite losing at the last hurdle, the Kingswood side were impressive throughout the tournament, both in and out of the water. Kingswood won the ‘Team with the best spirit’ award and in Tricia Vassiliou and Ophola Bulane, they won the ‘Best defender’ and ‘Best goalkeeper’ individual awards. A great effort by this Kingswood U14 Girls’ water polo team, as they gear up towards their next competition where they will take part in the Dave Pitcairn Cup host by Reddam House in Cape Town this next weekend!

Grade R Class of 202...
This morning, for the first time ever, our little Grade R pupils held a Graduati...
Kingswood Musician E...
One of our Kingswood Junior musicians, Victor took part in the Makhanda National...
Community Engagement...
The second term kicked off with a workshop for all College staff, organised by m...
Kingswood becomes fi...
Kingswood College is thrilled to announce its partnership with CoachEd Cricket. ...