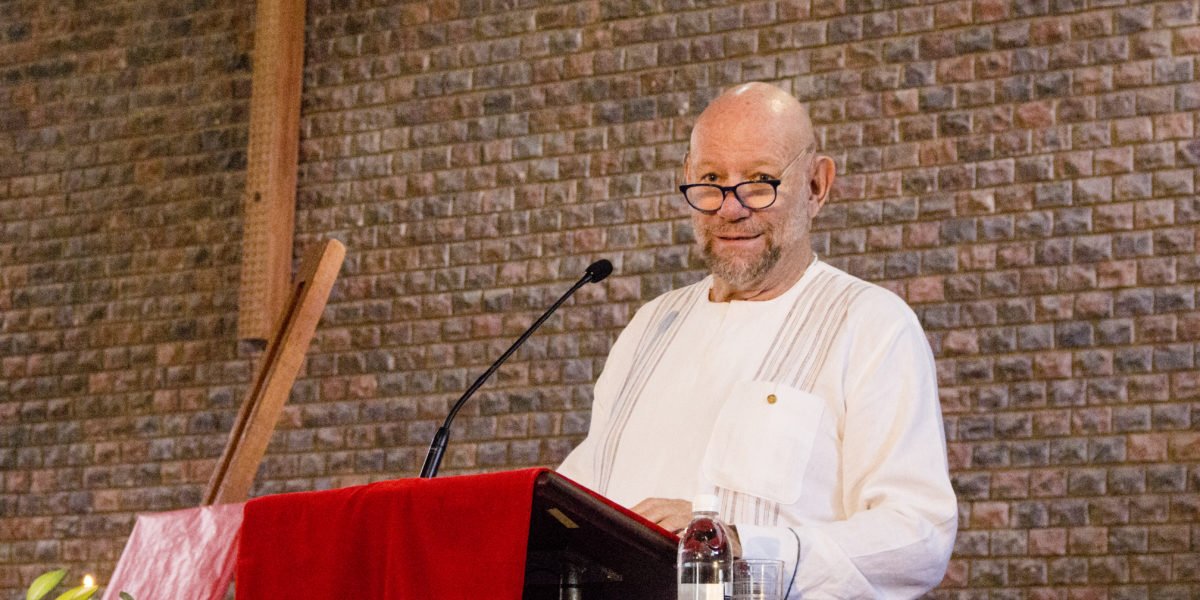 This morning the annual Neil Aggett Memorial Lecture took place at Kingswood College. The lecture takes place each year to celebrate the life of Neil Aggett and to honour his legacy.

Using the theme of the lecture, “standing up against injustice” as a departure point for his talk, Dr Andersson delivered a powerful address to the pupils, staff and guests in attendance. He regaled some of his memories of Neil Aggett, but later turned to looking at the concept of injustice and what injustice is, and how we, as a society, face more injustices than ever before.

From gender based injustices to climate change, Dr Andersson highlighted the predicament we find ourselves in, and how younger generations will need to find ways not only toacknowledge these problems, but also, more importantly find ways of effecting change for future generations.

Aggett attended Kingswood College from 1964-1970. He graduated as a doctor from the University of Cape Town and went on to work in a hospital in the Transkei and later at Baragwanath Hospital. He was deeply concerned with the hardships endured by black South Africans under the Apartheid regime and left his medical career to become involved in the black trade union movement. In late 1981 he was detained for “interrogation” by the Security Police and was found hanging in his cell at John Vorster Square in February 1982.

The recipient of this year’s award was Siyamthanda (Siya) Nomoyi, 2019 Headgirl at Kingswood College. Siya has a deep respect for her fellow man and demonstrates an inner courage to fight for the human dignity of those who are unable to stand up for themselves. She takes initiative in planning and implementing projects and has shown leadership when involved in community work. She has pioneered the #YouB4Me project with three fellow pupils, and has, more recently merged this programme with the #Sizimbokodo initiative which looks specifically at women empowerment. Siya co-founded this women empowerment initiative which seeks to reach out to young girls in the community and she is hoping to soon make it an official Non-Profit Organisation. She has through her many endeavours shown a commitment to give, not only to her school, but the wider community around her in order to improve the lives of others.

Dr Amitabh Mitra, was a special guest at this year’s lecture as he presented the school with a charcoal drawing that he drew of Neil Aggett. This drawing is one very few visual representations of Aggett and will be displayed in the Kingswood College Museum.

Andersson concluded his talk by calling on the youth to take on the responsibility becoming leaders of social change and that with determination, firmness and that with the mere act of trying, one can make a difference in the world we live in.

Honours for Basketba...
Mabogoame Gabaraane receives an Honours Awards for Basketball. The prizes awarde...
Junior School Founda...
Laughter and shrieks of excitement rang out across City Lords yesterday afterno...
In celebration of Uy...
Today we celebrate the life of Uyinene Mrwetyana who would have celebrated her 2...
Building Relationshi...
In February this year, our Grade 11s embarked on a Community Engagement project...