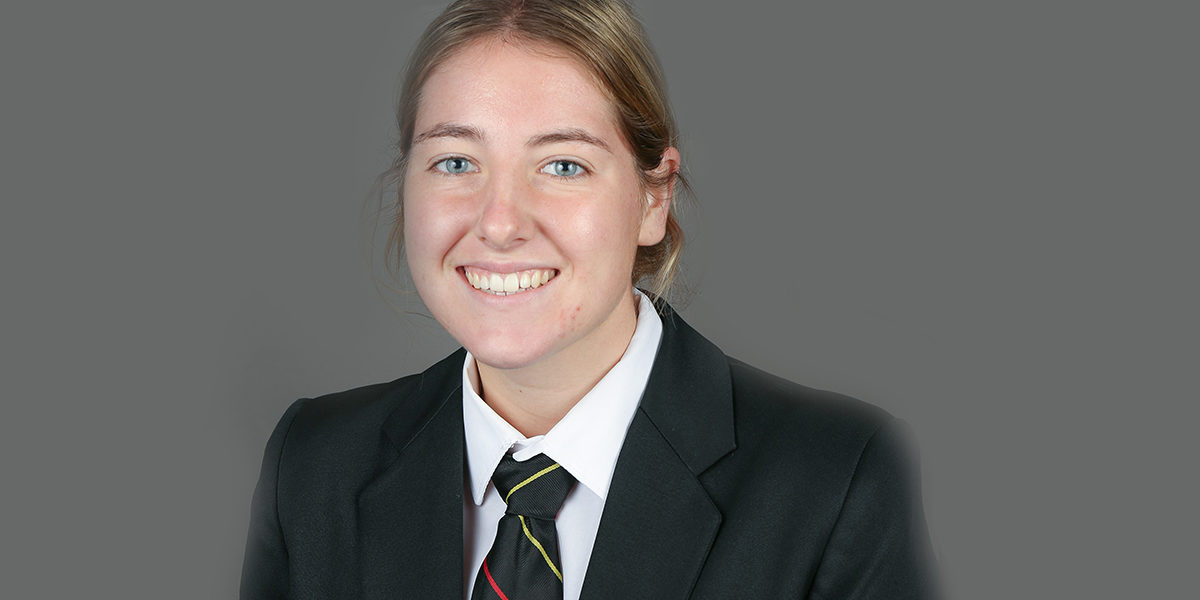 Megan has been our key defender in the 1st Girls’ Water Polo team since she started at Kingswood College in Grade 10.

Megan has represented Eastern Province numerous times over the years. Her most notable achievements are her participation in the U18 Currie Cup (SA Nationals) and selection for the U19A Eastern Province teams in 2018.

Megan attends every practice with a positive attitude and trains at the highest of levels, encouraging all players around her to do the same. She expects high standards from herself and is not satisfied with anything less than this.

Megan’s ability to defend the strongest of hole-man has allowed the team to adopt a game plan that allows other players more freedom. That said, Megan is additionally a threat in attack and has a solid shot from the top of the D, having scored 14 goals this season.

Megan has given so much of herself to water polo at Kingswood College and in doing so has inspired many young players to commit to the game.

It is with great pleasure that we award Megan Rautenbach Honours for Water Polo.