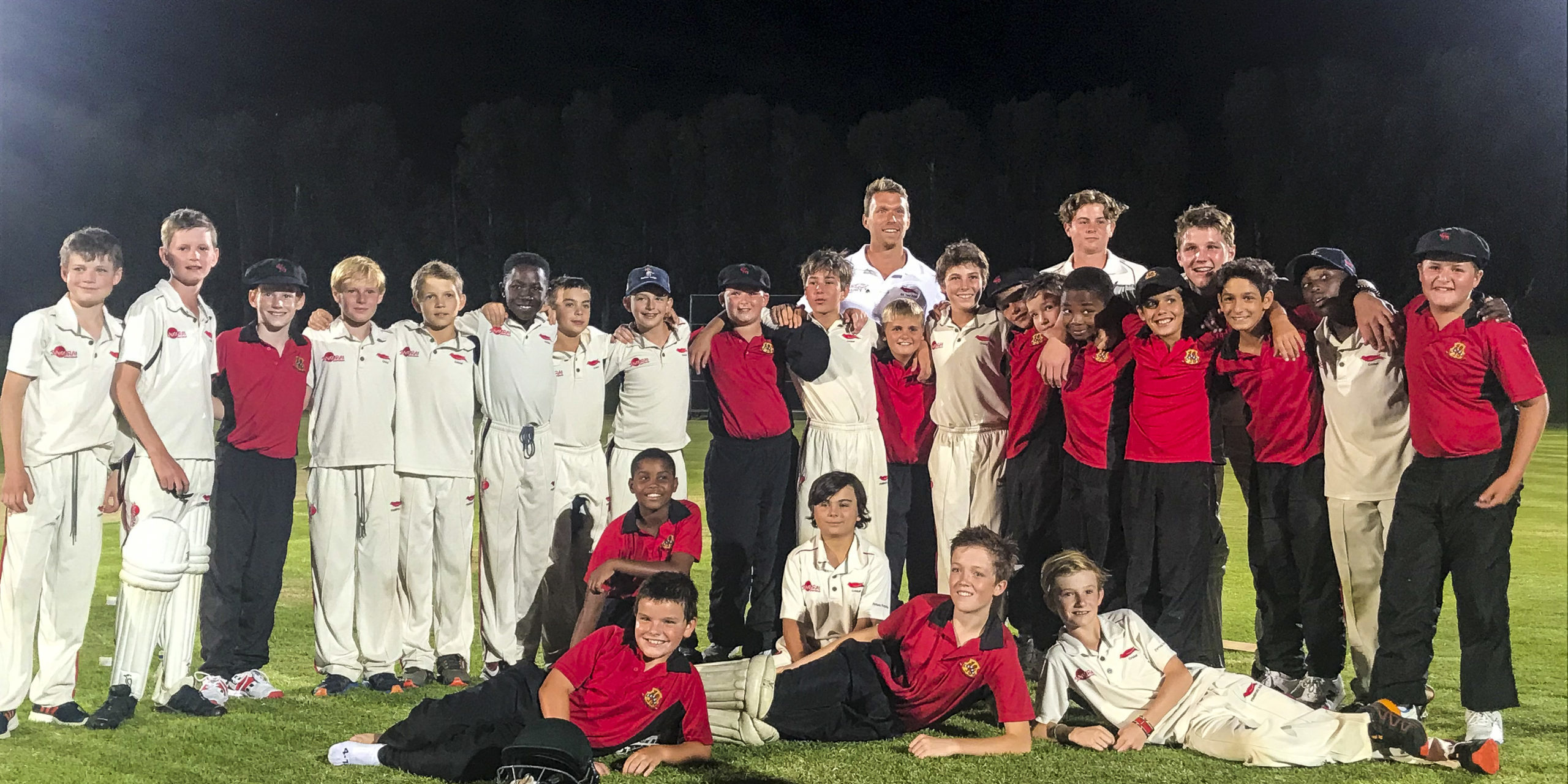 Last Thursday we had the privilege of welcoming Pembroke House from Kenya to Grahamstown to play a cricket fixture against our boys.

With our U13A Cricket team away at the Independent Schools’ Cricket Festival in KZN, we selected a combined team of U13B/U11A players to play a T20 day/night match on City Lords.

How wonderful it is to have the facilities to accommodate an exciting match that continued late into the evening under lights on City Lords.

Our boys were so excited, not only to play with a white ball for the first time, but also for the opportunity to make new friends.

Pembroke had an excellent start after the innings break and Kingswood struggled to break the opening partnership. Things suddenly started looking up after Cassy Godlimpi took the first wicket. Four run outs then followed in quick succession and this would inevitably be the undoing of Pembroke, who finished on 108/7, with Kingswood winning by 17 runs.

Luke Williams was involved in all four of these run outs and it comes as no surprise that he was awarded the Man of the Match.

Thank you to all of the parents and spectators who came to show their support. It was a wonderful, festive atmosphere and we look forward to hosting more day/night matches in the near future!