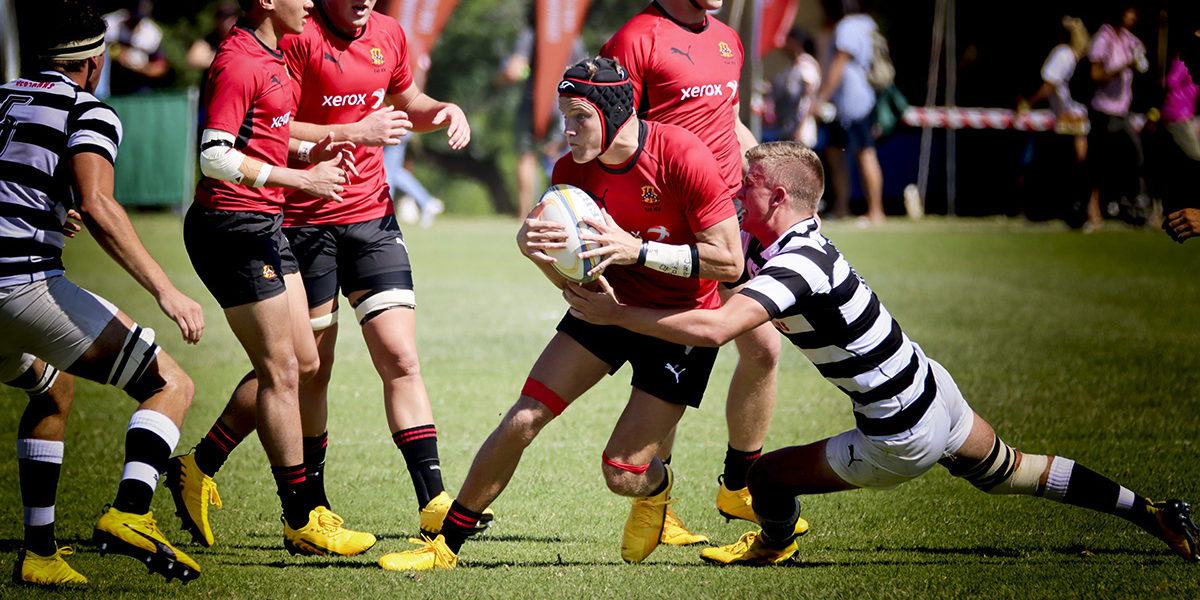 The Kingswood College 1st XV had the exciting prospect of playing Selborne College from East London in their first fixture of the season at the Graeme College Rugby Day on Saturday.

Kingswood started the match very well and seemed to have the upper hand from the kick off winning a turnover from a Selborne mistake.

Kingswood seemed very organised and put a lot of pressure on the big Selborne pack.

Kingswood opened the scoring with a fine piece of individual work by left wing Duncan van Rensburg who scooped up a loose ball from a Selborne mistake and scored under the poles. The try was converted by flyhalf Milhali Jamda.

Kingswood continued to play with confidence and did very well to play in the right areas of the field and were rewarded with another well worked try my captain Matthew Pritchard. The half finished with a try to Selborne from a turnover deep in their own half. The half time score was 12-7 to Kingswood.

Selborne conitued to show their dominance and superior match fitness by scoring two more tries and eventually winning the game 28-12.

Both teams showed a lot of promise and will be excited for the season ahead.