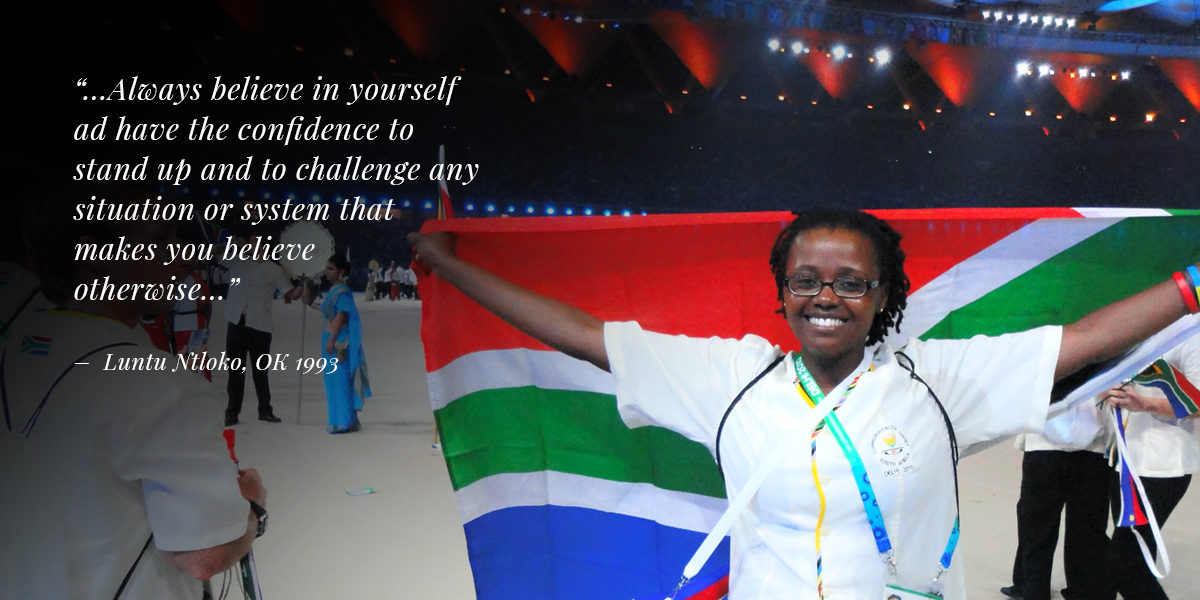 August is Women’s Month and what better way to truly celebrate it than by touching base with a few notable women in our very own Kingswood family.

Today we profile Ms Luntu Ntloko who matriculated from Kingswood in 1993. It was at Kingswood that her love for hockey was ignited and that her talent in this sport became evident.

After leaving Kingswood College, Luntu went on to become a professional hockey player. She represented various provincial teams and in 1999 she was chosen to play and represent South Africa.

Between 1999-2004 she gained 75 caps and participated in 1999 and 2003 All Africa Games in Johannesburg and Anuja; 2000 Champions Trophy in Amstelveen; 2002 Women’s World Cup in Perth; 2002 Commonwealth Games in Manchester, as well as various local and international tours.

Luntu is extremely honoured to have had the opportunity to represent South Africa at the highest level of sport for any sporting professional. She was the first black woman to represent South Africa at the Olympic Games for field hockey at the 2000 Sydney Olympic Games in Australia. This was testament to her hard work and passion for the game, and her pioneering spirit.

Here Ms. Ntloko shares a message with our Kingswood community for Women’s Month…

Kingswood hosts succ...
Kingswood College hosted this year’s National Co-eds Water Polo as part of ther...
#ThrowbackThursday t...
Between these four walls, a history of a school is contained. A history dating b...
Athletes participate...
On Friday 14th February 12 of our elite athletes participated at the Sarah Baart...
Kayleigh Smith: Neil...
Kayleigh Smith is being awarded this honour of the Neil Aggett award in recognit...