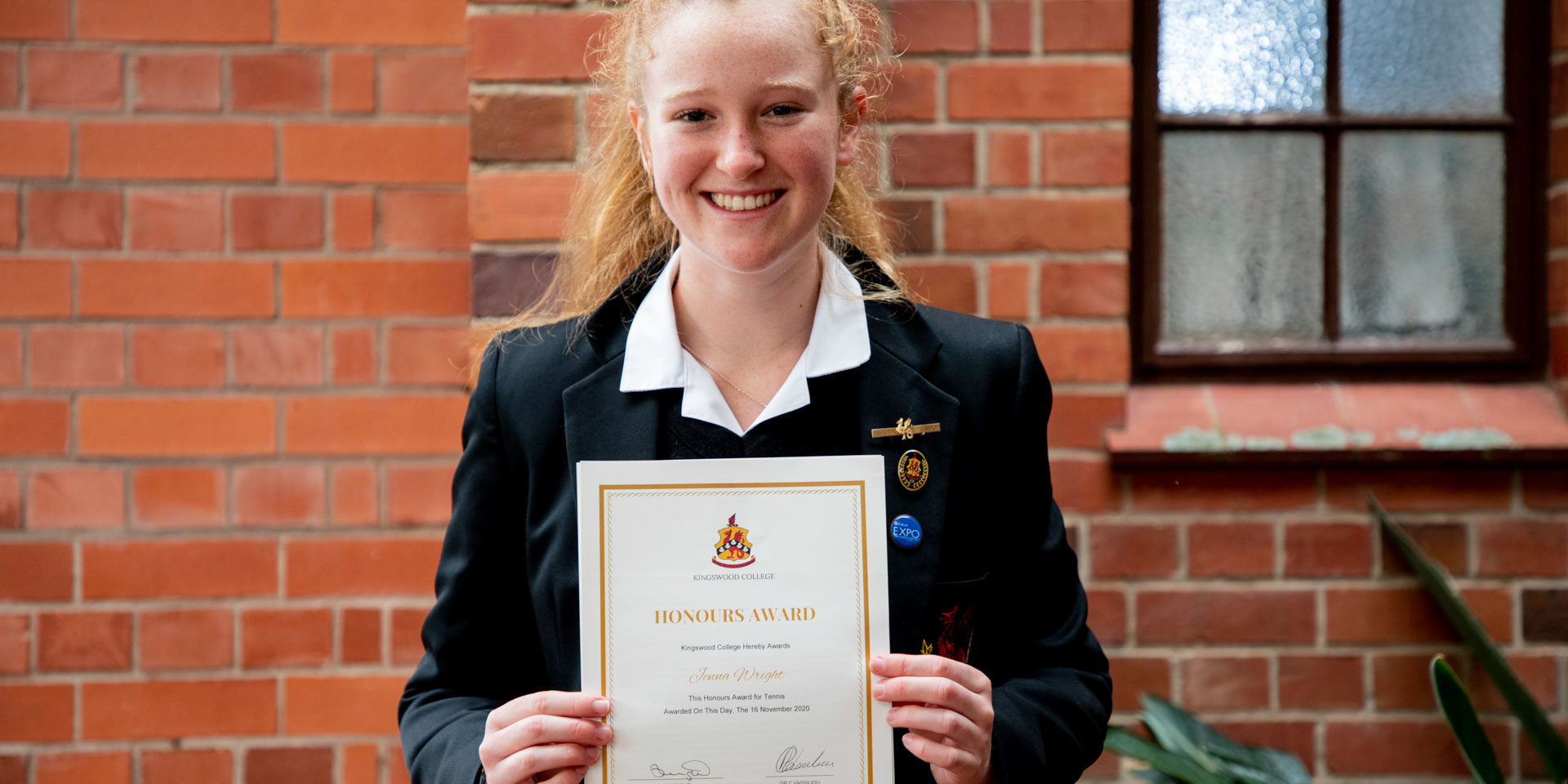 Jenna has been a stalwart tennis player for the first team since her arrival at Kingswood College in Grade 8. She has played at number 1 since the latter part of Grade 9 and, until 2020, had not missed a practice.

She has also been the Captain of the side for the past two years. Her commitment to the team has been full-hearted. At school, Jenna has managed to win both the individual, mixed doubles as well as doubles championships for the past two years, and has stood head-and-shoulders above her peers on the court.

In addition to this, Jenna has acquired over 100 caps in representing the 1st team.

Unlike most sports at school, tennis requires a tremendous amount of personal commitment, since provincial selection is dependent on participation in Tennis South Africa tournaments, which is not related to school tennis. A player has to travel to varying tournaments to accumulate seeding points, unlike other sports at school. Jenna represented Albany, as well as Eastern Province in both the U16 and U19 age groups for the past four years, taking part in multiple inter-provincial tournaments.

In 2019, she played as the number 2 seed for the EP U19 side at the SA Schools Tournament in Pretoria at only 16 years old. In addition to her school commitments, Jenna has played in the Grahamstown and Bathurst A-League on Saturdays during the Winter term for several years where she competes against players who are both older and have more experience.

In 2018, she was awarded the most improved tennis player in the Albany district amongst almost 160 players in the league. In 2019, she won the ladies doubles of the GBLT Winter league.

What sets Jenna apart from so many other players is her determination and grit. Jenna gives her best until the last point is played, and that is the trait of a great athlete. There is no doubt that Jenna has had an illustrious career on the tennis courts at Kingswood and further afield.

Kingswood 1st XI Gir...
The Kingswood 1st team hockey girls had their annual derby against DSG on KDay t...
50 and 60 Year Reuni...
We welcomed back a wonderful group of OKs, celebrating their combined 50- and 60...
2020 Pupil Leaders A...
"...Leadership is about encouraging people. It's about stimulating them. It's ...
Grade 4 "critter" wa...
Our Grade 4s went on an adventurous "critter" walkabout 10km's outside of Graham...