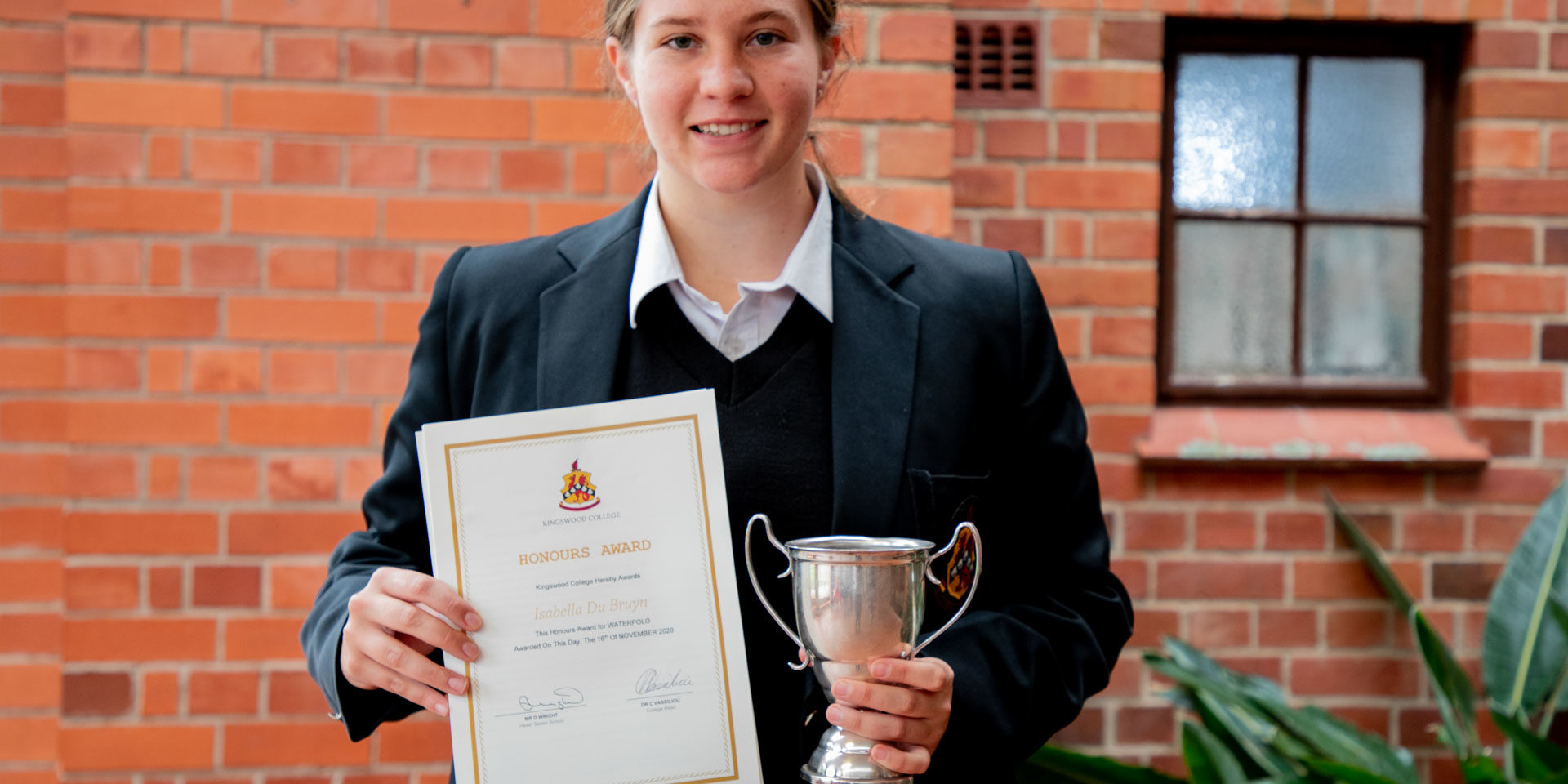 From the start, Isabella was a key member of the First team at Kingswood College and she was elected the captain for the 2020 season. She fulfilled this role enthusiastically, always willing to help out with any task, whether big or small; the task was always done well and timeously.

Isabella led the team by example, always happy to explain to the less experienced players with patience. Isabella is an excellent hole defender. She has excellent body position in defence and is able to neutralise the strongest of centre forwards. She anticipates the pass into the hole with excellent timing resulting in her number of kick-outs being very low.

In terms of her attack, Isabella keeps the shape and balance needed. She has an accurate shot from the top of the D. Her strong work ethic is exampled by the way in which she trains as she plans to play and puts 100% into all of the practices. Isabella is competent in analysing the drills and putting them into a game context.

Isabella was selected into the Eastern Province U19A team that participated in the Schools’ IPT competition last December in Gauteng and would have undoubtedly put herself forward for selection this year under normal circumstances.

Not only has Isabella put her full commitment into her team but she has extended this commitment to the game into the whole water polo club at Kingswood. Throughout her time at the school she has proactively engaged in assisting in the coaching of various Junior School teams. Her enthusiasm for the game has had an influence on younger players and they look up to her with admiration.