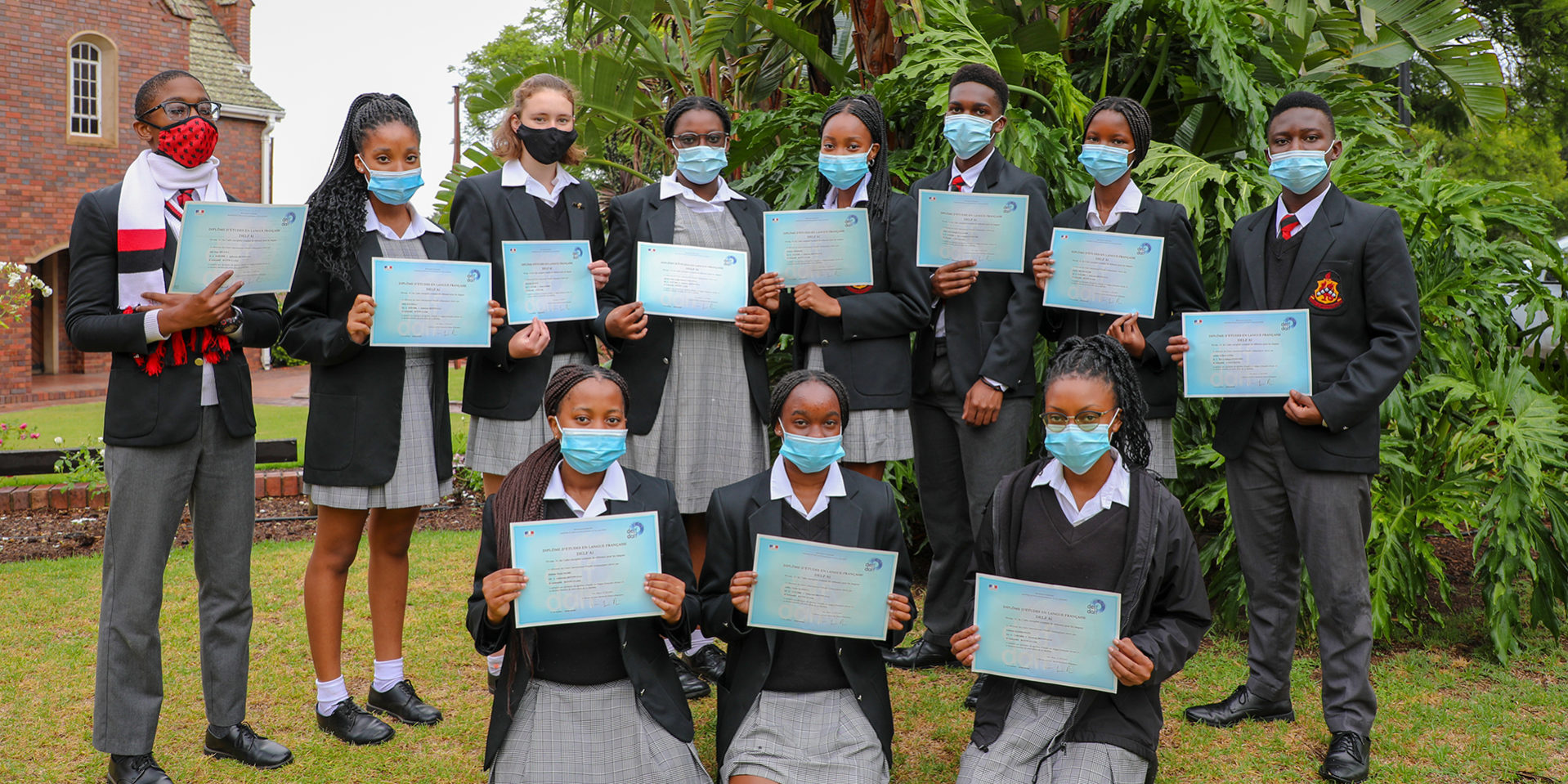 18 of our pupils received their DELF (Diplôme d’Etudes en Langue Française) diploma which is internationally recognised, and awarded by the French Ministry of Education to certify candidates’ proficiency in French.

Most of the IEB role play and oral titles are taken from the DELF which comes in 4 Levels. Levels A1 and A2 are generally done by Grades 8 to 12. Levels B1 are usually done at university or tertiary level.

Kingswood College has embraced the DELF challenge in the past three years with 16 pupils writing and achieving either the A1 or the A2 diploma in 2018. In addition to that, seven pupils sat for and achieved the B1 diploma, a first for schools in the Eastern Cape.

In 2019, 12 Kingswood College pupils wrote the A1 while 3 sat for the A2, all achieving brilliant results. Congratulations!

Honours for Water Po...
Aidan Chamberlain gets Honours Awards for Water Polo. The prizes awarded at Awar...
#ThrowbackThursday t...
The heart of our school. A special place for many Kingswoodians. A place where...
New Staff Induction ...
On Sunday evening we were able to officially welcome and induct our new staff th...
Siya Nomoyi (Headgir...
"...From the day I arrived at Kingswood on the 11th of January 2015, my fa...