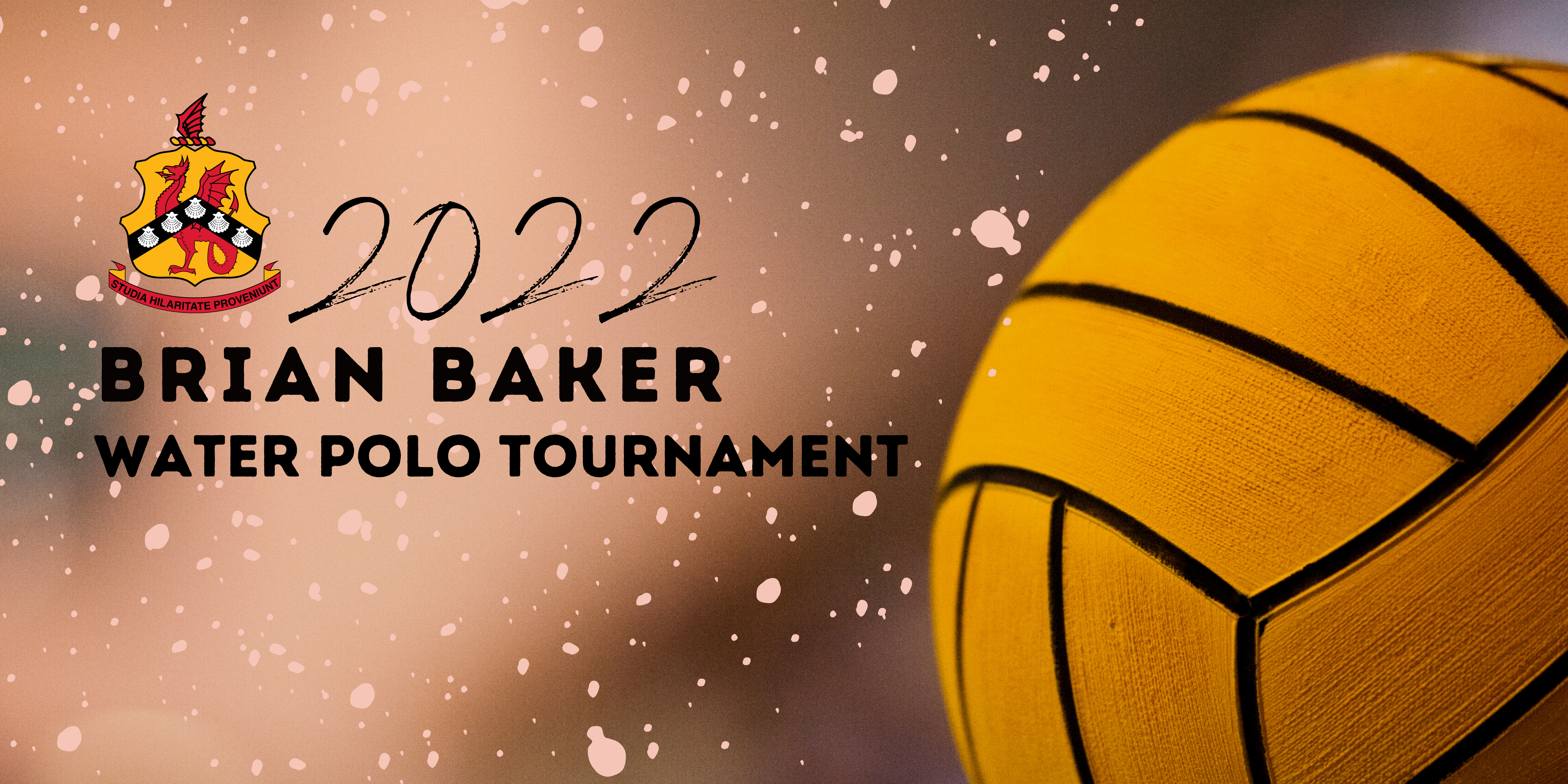 It’s Back! After two years of not being able to host the Brian Baker Water Polo Tournament due to Covid-19, we cannot wait to host the 2022 Tournament again.

This year our campus will be welcoming a full house of 16 teams from around the country to our ninth Brian Baker Girls’ 1st Team Water Polo tournament.

Who was Brian Baker?

Brian was a popular and loyal member of the Kingswood teaching staff for seventeen years. During this time he made a massive contribution to the life of the College. He was the Head of the Geography Department, a Housemaster and the Master in Charge of both girls hockey and of girls water polo.

He took over girls water polo shortly after its inception as a sport at Kingswood and rapidly developed it into the biggest and most popular girls summer sport at the College. In fact, Brian championed the sport to such a degree that it soon became apparent that our old swimming pool was far too
small to cope with all the girls playing the sport. Brian, or “Bakes” as he was generally known, was easy going, friendly and unassuming. He had a good sense of humour and could always be relied upon to produce a quick and amusing chirp especially when things became too serious. At heart, he was a family man and his three daughters, Natalie, Jessica and Katie (all water polo players), together with his wife Colleen were the real centre of his life – he adored the four of them and enjoyed nothing better than spending time with his family.

Brian’s cheerful involvement in so much of the College’s life was remarkable for someone who was, for many years, battling with a serious illness. In fact, because of his brave exterior, few knew how critically ill he was and many were taken by surprise when he passed away in 2004.

He would be very proud of the way his water polo legacy at Kingswood has been built upon and he would be delighted that this tournament bares his name.