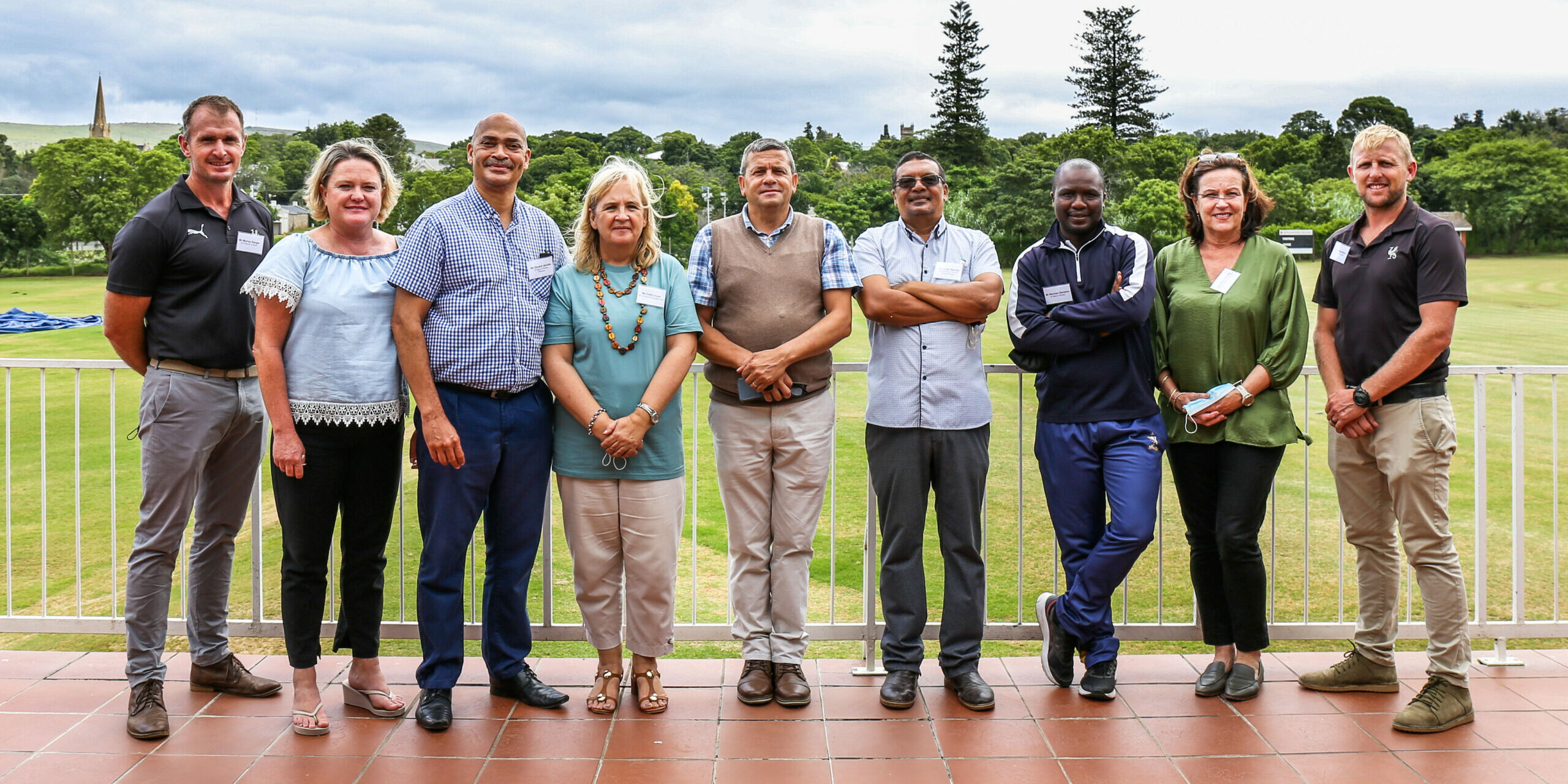 In a move designed to bring the sport of cricket to as many young learners as possible, an exciting initiative was launched at Kingswood College on Wednesday afternoon.

The Eastern Cape is home to many talented young people, especially in the sports arena, but very often this talent cannot be identified, nurtured or taken further, due to a lack of infrastructure and facilities.

In her overview of the project, Mrs Diana Hornby, Director of RUCE, pointed to the need for all South Africans to be working for social justice and to be engaging with the issues that face our country.

Kingswood College has for a number of years believed in partnering with the local community to effect change and development for everyone, including its own pupils. This latest initiative therefore also includes a strong element of student leadership development, along with the four other aspects that make up the programme.

The four other focus areas are:

The development of coaches was given a boost by the on-boarding of the Gary Kirsten Foundation, who has offered their online coaching course free of charge to the teachers/coaches from the schools involved in the pilot programme. Kingswood will offer mentoring and computer access for the trainees if and when needed.

In the development of players, not only will talented young individuals be identified, but as many children as possible will be encouraged to play, or at the very least be involved in a programme of movement. In this regard, the Rhodes HKE Department under the very knowledgeable and experienced leadership of Prof Candice Christie, will be implementing a programme of physical exercise, strengthening and conditioning with the primary school pupils as part of a service learning programme. Students from the HKE Department will also then be involved in researching aspects of the programme.

With regard to facilities and infrastructure, the aim is initially to install cricket nets and bowling equipment at one of the primary schools, for all three schools to utilise on a rotational basis. This, together with cricket kit for the young players, is probably the most expensive part of the programme, but it is not holding back the other elements that are already getting underway.

In dubbing this the “Young Warriors” Cricket Development Programme, the belief is that this initiative will go a long way towards building strong community partnerships, promoting equity and giving more young learners the chance to be actively involved in physical activity.