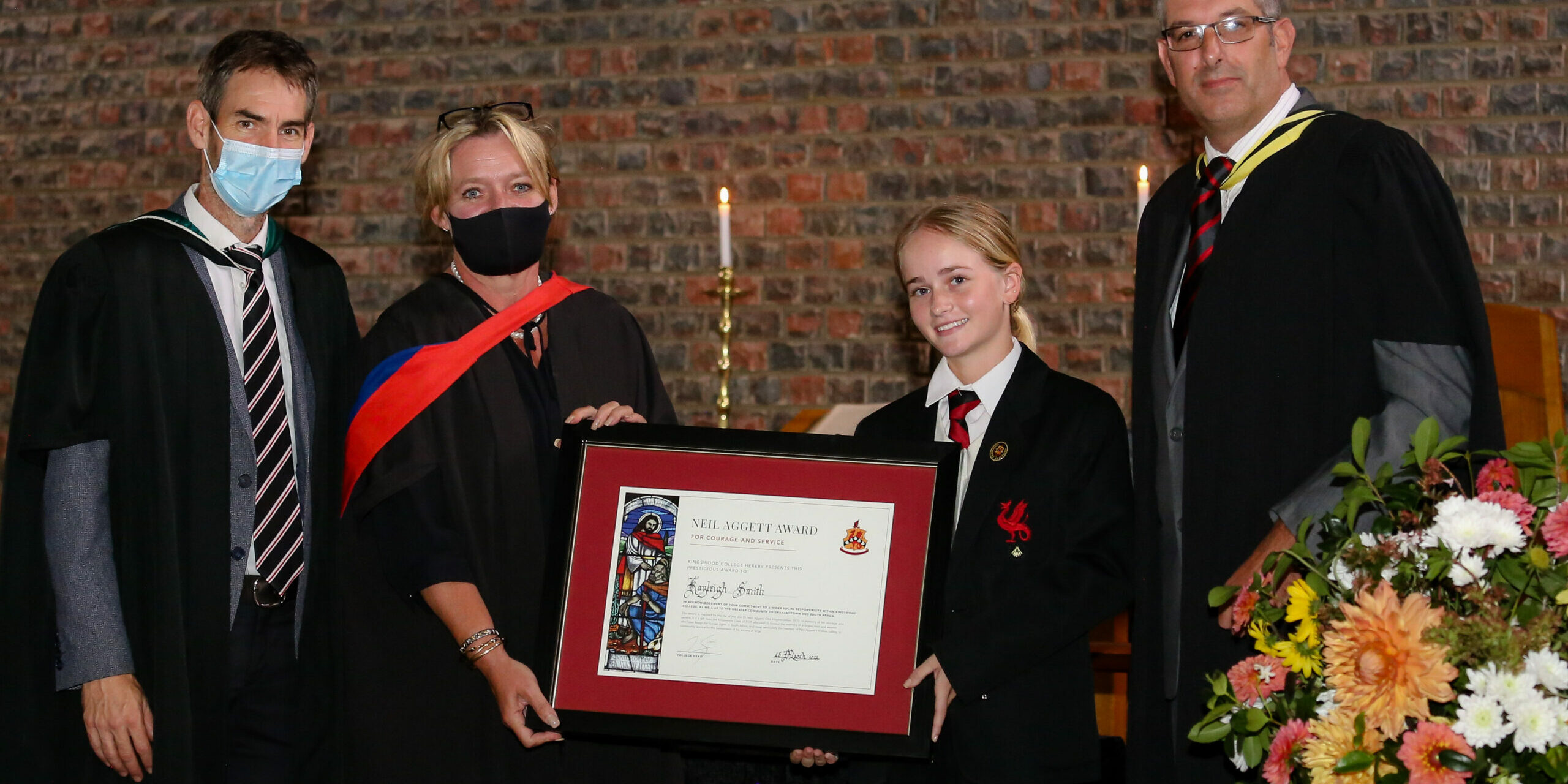 Kayleigh Smith is being awarded this honour of the Neil Aggett award in recognition of her dedication to serving those around her, especially those who are less fortunate. Below is her citation which was read out at the annual lecture.

ith no possibility of extra-mural activities, Kayleigh used her spare time at home to start a project called Alex Angels. Being creative by nature, she started making jewellery from the materials she had available, moving from sales to friends and family, to advertising via social media and sending her products around the country.

As a 15 year old child Kayleigh saw the need to help where injustice exists. Her project started small but has grown and will continue to have an impact on those in the community who need support.

Having realised that there were others in much greater need of funds and support than herself, she used the money she generated from these sales to purchase essential items such as food, groceries and nappies for young mothers and babies in her surrounding community. This project is still running today, and Kayleigh hopes to see it grow to the point where she can employ local people to help meet the demand.

Kayleigh’s keen sense of right and wrong has enabled her to make a stand against injustice. She goes beyond the call of duty to serve others. Her empathetic nature is evident in all that she does. She is able to organise events and gets others involved in assisting and making a difference.

As an active member of the Senior Christian Society (SCA) committee, Kayleigh is always friendly and welcoming to those attending SCA events, and she organised an excellent Grade 7 event as part of her role within Interact.

Her Interact responsibilities have also seen her take on the role of being the co-ordinator of the group that engages with the children from the Aftercare and Enrichment project at the Lebone Centre, the NGO associated with Kingswood College. This entails liaising with the Lebone Centre staff, designing relevant activities for the children, and marshalling a team of fellow Kingswoodians to visit the Centre on Wednesday afternoons to implement the activities.

Though small in stature, there is nothing small about Kayleigh’s wish to speak up for those around her who need a voice, or to point out injustice. She is determined to be there for her fellow boarding hostel dwellers, especially those younger and more vulnerable than herself.

The fact that so many of her peers nominated Kayleigh for this award is a true testament to her character.

When questioned regarding what she feels strongly about, Kayleigh points out that there are many in South Africa who through no fault of their own, are struggling to make ends meet, to feed themselves, or to find a job. Her heart and her Christian convictions have led her into actions that might alleviate the poverty she sees around her. The Neil Aggett Award will hopefully serve as the first step to a life that understands and makes a deep impact on the social injustices in our country, no matter the cost.

Academic Awards for ...
Presented at the Academic Awards Assembly held on the 8th February 2021, these r...
KDay Squash vs St An...
A good level of support for both schools made for quite a festive atmosphere at ...
Christian Camp for G...
Forty five very excited grade sixes and sevens climbed into a big bus and made t...
A peak into our juni...
At Kingswood we believe that the core function of our junior school is to lay th...