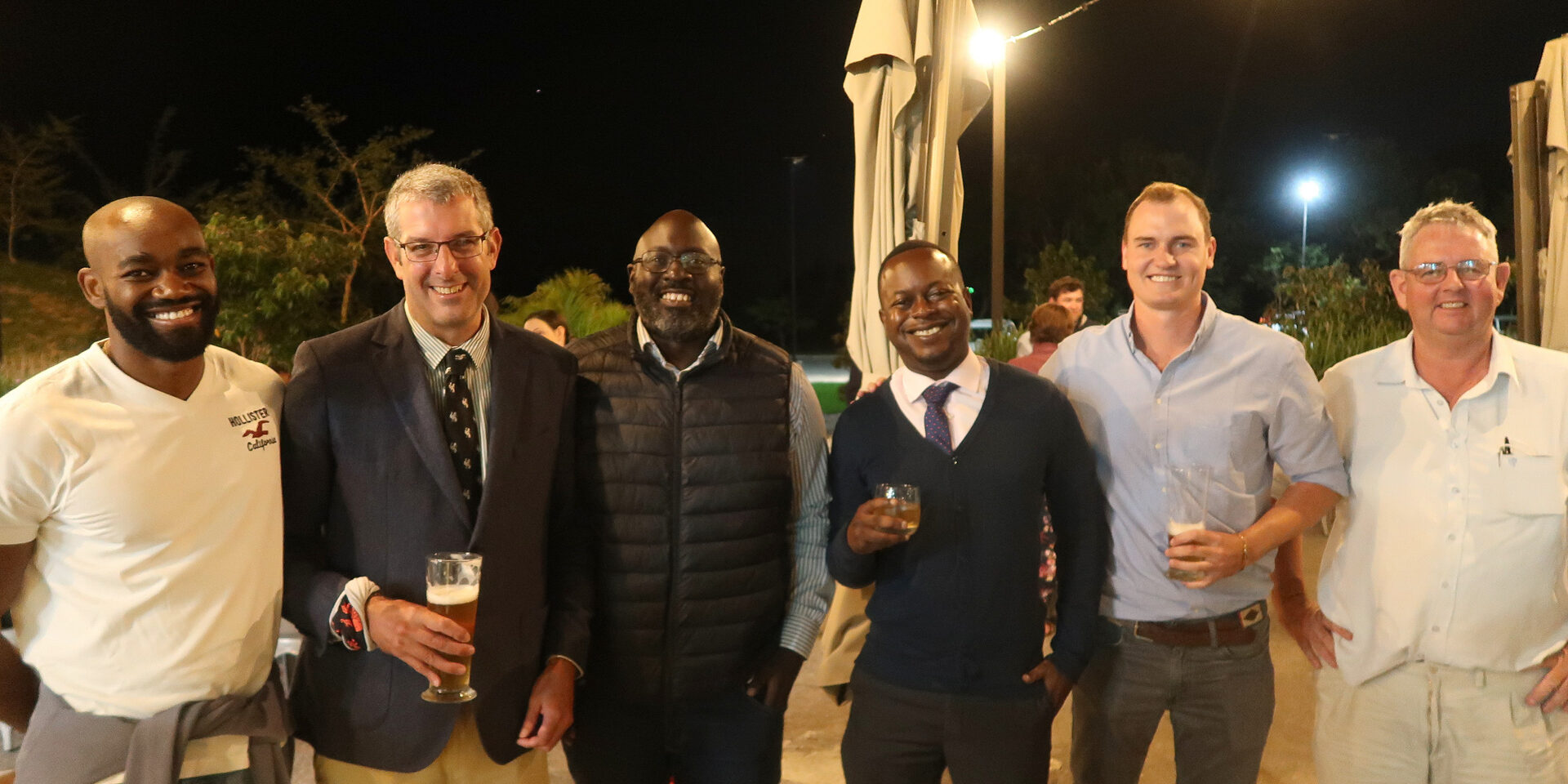 Kingswood has a rich and close history with Zambia stretching back many decades and generations. The early “pioneers” used to endure a 5-day train journey from the copper belt to get to Grahamstown. Many legendary stories are told about these epic journeys, all adding to Kingswood’s tapestry of unique individuals from this country that all contributed positively to the unique ethos of our school.

A special story involving Gordon Haynes (OK 1949) was recounted to me a few years ago. Gordon, a formidable long-distance runner, is apparently the only Olympian to carry different flags at the opening and closing ceremonies of the Olympic games! Gordon tells us “I was honoured to be chosen as the flag bearer for the Northern Rhodesian team at the 1964 summer Olympics held in Tokyo, Japan. During the games Zambia gained its independence which resulted in me carrying the Zambian flag at the closing ceremony.” What an amazing story from one of our many Zambian OKs.

After an absence of two years due to covid College Head Leon Grové and Carey Hobson travelled north on 30 March 2022 to renew our bond with the Kingswood family in Lusaka. A KIngswoodian Club function was held at the Brewery on the Ciêla Resort and Spa and what a lovely occasion this was. About 50 Kingswoodians attended and the excitement of being united as Kingswoodians was palpable.

Leon Grové addressed the group whereafter many a story was told, the light-hearted banter continued until late and there was no doubt that the Kingswood family in Zambia is as loyal as ever. It was nice to see a few “little ‘uns” around – no doubt the next generation of Kingswoodians on their way to continue the golden thread that has weaved its way through the hearts of so many Zambians over the years.

Our thanks to Emma Harvey (OK 2009) for assisting with the arrangements and we look forward to the formation of the Zambian branch committee that will be announced shortly.

Kingswood has had a long association with Musikili Primary School from Mazabuka with many of its pupils joining Kingswood to complete their high school education. For this reason, the Kingswood contingent sponsored and took part in the Musilkili Golf Day that was held on 31 March at the Bonanza Golf Club. This event was arranged to celebrate this Musikili’s 35th birthday. Kingswood sponsored the 6th hole as well as a couple of prizes and we thoroughly enjoyed being part of the 35th birthday celebrations. Our congratulations to Ashleigh Collyer and her team for putting together such a superb event and for making us feel so welcome.

Dr Fred Oosthuizen G...
At the annual OK Tie Ceremony Held yesterday, Dr Fred Oosthuizen was awarded an ...
Kayleigh Smith: Neil...
Kayleigh Smith is being awarded this honour of the Neil Aggett award in recognit...
Kingswood College Cr...
With three days of non-stop cricket and the opportunity to meet, train and learn...
K-Day 2020: Four sch...
Striving towards a common goal of trying to see how far in the world we could ge...