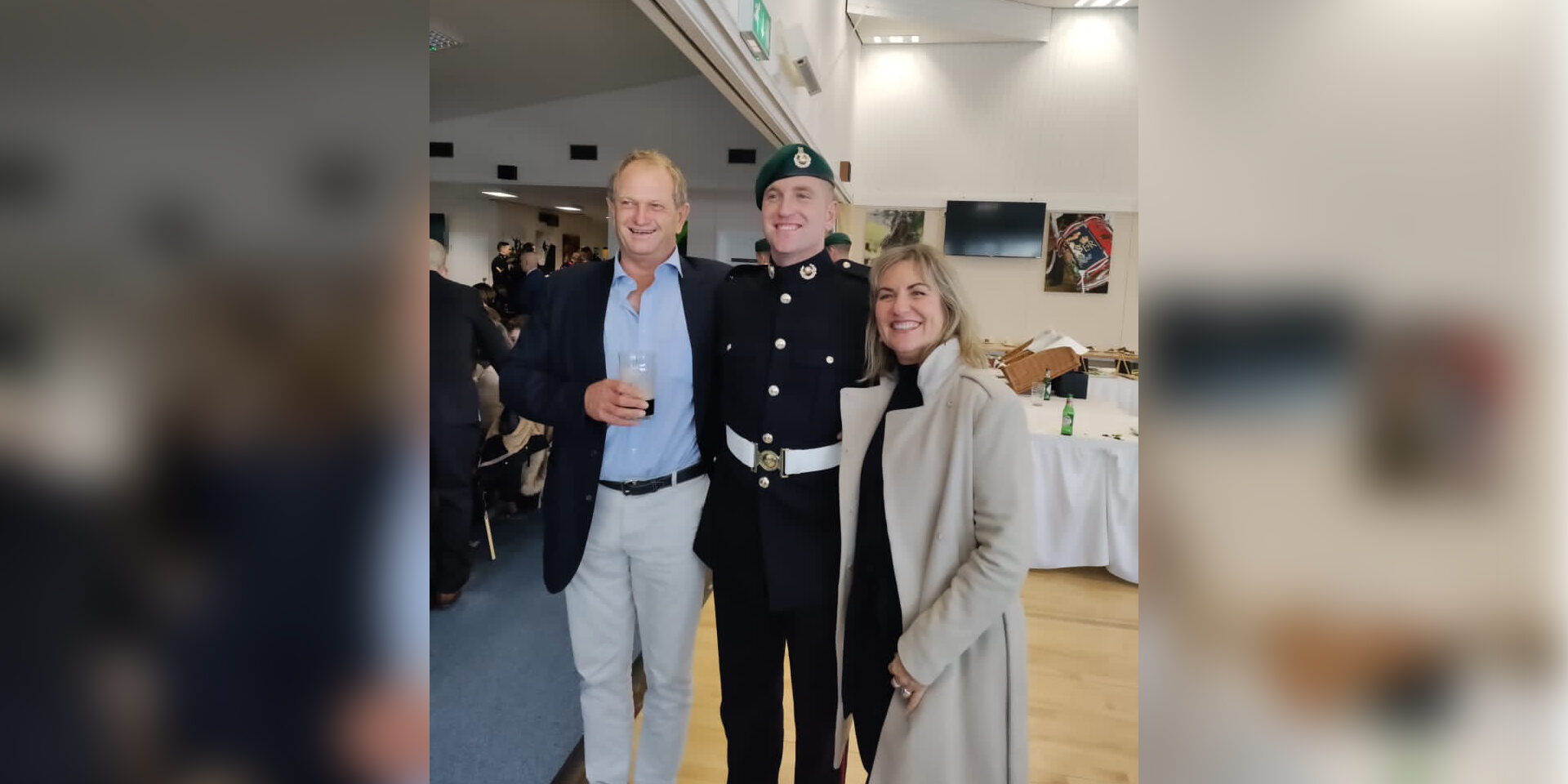 “The Royal Marines are the UK’s Commando Force and the Royal Navy’s own amphibious troops. They are an elite fighting force, optimised for worldwide rapid response and are able to deal with a wide spectrum of threats and security challenges.”

Congratulations to Nick Marffy (OK 2014) ‘passed out’ as a Royal Marine Commando in UK in February 2022, earning his Green Beret and becoming part of the world’s most elite amphibious force.

Royal Marines commandos take part in frontline combat, and are sent at short notice to deal with emergency situations.

Here is a video from Nick’s Passing-out Parade. With him in this photo are his proud parents Stephen and Dymphna Marffy.

Congratulations Nick, Kingswood is very proud of your achievement and your service. The perseverance, stamina, and determination you must have shown to achieve this is an example to us all. We wish you all the best for a successful military career.