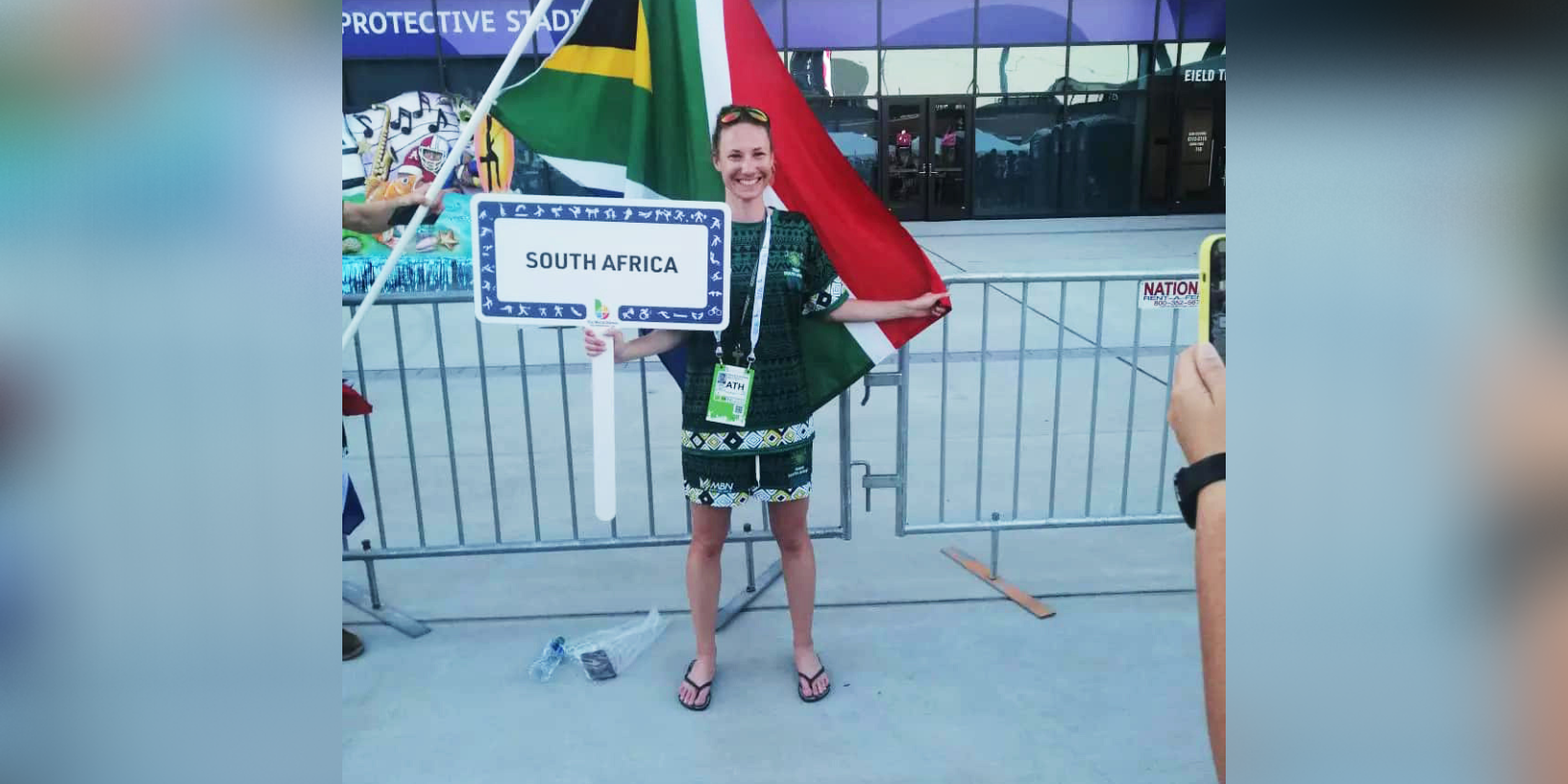 Did you hear about The World Games 2022 that took place in Birmingham, USA in July? Neither had we until we were told that Natalie Sterk (nee Ross) OK 2008, represented #TeamSA in the duathlon event!

The Elite Women’s Duathlon final was made up of a 10km Run, 40km cycle, and another 5km run. Natalie placed 8th with a total time of 2hr 11min 18sec for the event on what was described as a ‘brutally hot’ 30-degree Celsius day. She also took part in the duathlon mixed relay with fellow athlete Dylan Kruger and they finished the event 12th.

In the KC Magazine from 2008, Natalie is described as one of Kingswood’s “running sensations” and this is certainly still ringing true! Congratulations Natalie, what a phenomenal achievement to represent our Country.

This was Team SA’s fifth appearance at these Games – a total of 23 athletes across nine different sports represented Team SA at the Games this year.

About The World Games

“The World Games is an extraordinary, international sports event held every four years, in the year following each Summer Olympic Games. Staged over 11 days, The Games represents the pinnacle of competition for 3,600 of the world’s best athletes in 30+ unique, multi-disciplinary sports. The World Games generates worldwide exposure for participating sports and provides a highly visible stage on which athletes from more than 100 countries compete for gold.”

To give you an idea of the scope of the Games, take a look at the sports competed at this year’s event: